Strange 'coincidence' too that it is the same tower/elevation that was 'hit' first according to what we were shown on TV, let alone the same floors.
Top This particular clip containing those KING KONG MEN "about to jump to their death" is to be found all over the place - in different videos with different soundtracks. As I point out in my previous post above, this very same clip was also shown on ABC TV at around 1pm on September 11, 2001 (while Rudy Giuliani was being interviewed). The KING KONG MAN clip is one of countless clues - yet a particularly solid / incontrovertible one - showing that the entire 9/11 imagery (and not only the "plane crash" imagery) was prefabricated. In other words, what was aired on TV that day was nothing but a "Hollywood production" presented as "news".
Top

Having mentioned over in the CGI Collapse thread ("HANDSCHUH DISASTER") the word "gray(or grey)boxing", I'd just like to briefly expound on this little-known technical term used by 3-D graphic designers / animators and video-game developers. As it is, I found a neat, concise description of the concept on this website run by professional videogame artists:


We call it "Blue Boxing" at our studio, but that's only because the grid texture we use is blue. Basically its just blocking out a level/environment with primitives with a grey grid texture applied to it, and you end up getting a bunch of grey boxes around the place, thus the name. Its a quick way to prototype a level and get it into the game for play testing. You can quickly determine if the level is going to be fun, if the scale is right, will it be balanced well, that sort of thing. Its great for blocking out geometry to see what shapes will work really well. Think of it as a 3D sketch for an environment.
http://www.polycount.com/forum/showthread.php?t=63134

Here's another link to a 3D designer's website which may also give you a visual idea of the grayboxing basics: Now, we cannot pretend to know precisely what imaging softwares were employed to manufacture the 9/11 "Hollywool" movie. Nor can we know the exact reasons why they 'slipped through' the attention of the 9/11 movie-makers / animators. What we DO know, however - and that's the bottom line - is that such peculiar glitches / artifacts will simply NOT occur in the realm of real photography / film capture. We also do know that such 'grayboxing bugs' are not only to be found in the successively released "amateur imagery" (such as Steven Rosenbaum's "CAMERA PLANET" material) - but also in the "LIVE TV" imagery of the day. Below are a few examples of similar digital rendering glitches - in its various manifestations:

Of course, this is only ONE of many problems with the grotesque 9/11 movie - but one worth revisiting, nonetheless.
Top

A brilliant little video by my favourite German 9/11 imagery-researcher, "Berlinausdermatrix" :

Berlin takes a look at the inane "helicopter-flybys" shown on the "LIVE broadcasts" of 9/11. In fact, these silly choppers we all saw criss-crossing the TV screen at high speed ( from left to right or vice versa ) were among the first giveaways which helped me understand and conclude beyond doubt that the ENTIRE MANHATTAN SCENERY was computer-animated (and not only the "crashing terrorist planes"). Of course, there were also some surreal, accelerating bird flocks (see my "SOME BIRDS" video below), but the "fly-by" choppers were a constant feature of the prefabricated, 102-minute 9/11 Made-for-TV movie:

My "SOME BIRDS" video has been up since October 2007 and has, to this day, less than 20.000 views. A bit of a shame, really, since this video alone should suffice for anyone to realize that what we were shown on TV on 9/11 was nothing but digitally-crafted animations...

This is to encourage everyone to use my short, 2min25s "SOME BIRDS" video to introduce people to the concept of "total 9/11 fakery". Please diffuse it far and wide - through all the channels that you may have access to. Thanks !

Simon, there is a little typo of the word Length (Lenght) at 1:16 in the birds video.
I love the Brokaw expression as he gets "Space Invaded" by crappy pixel effects!
Top I was watching the movie The Secret Life of Walter Mitty with my son, and there's a scene where they are driving away from an erupting volcano. We laughed and suspected that it was a not so subtle reference to all "the people" running away from the falling/collapsing towers.

So I did a simple "google image search" for "people running from the World Trade Center collapse", and I came across this image, which I'm not sure I've seen on CF. If it has already been posted elsewhere then please accept my apologies. In any event, it absolutely hilarious. 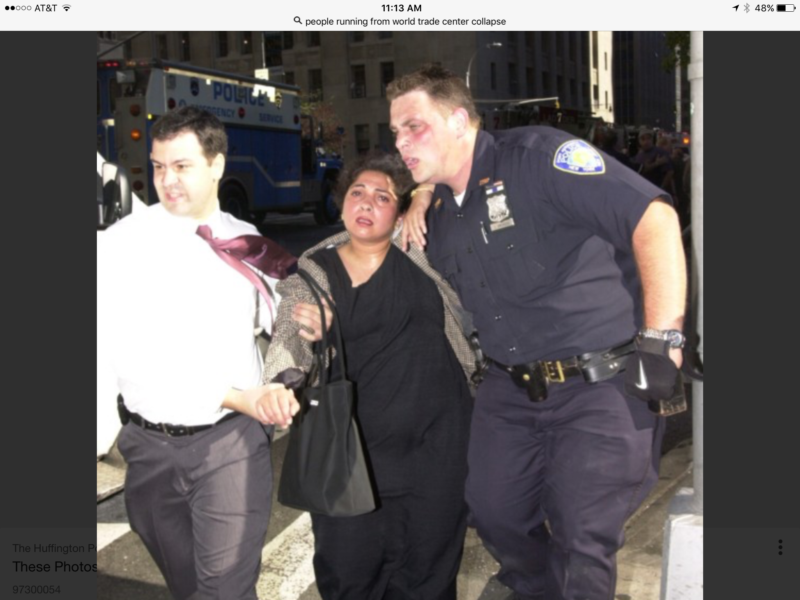 I hardly know where to begin with all the problems in the above image. It's astounding really.
That shirt. That head. And the partially invisible Police truck.

So for giggles I checked for any metadata and this is what came up. 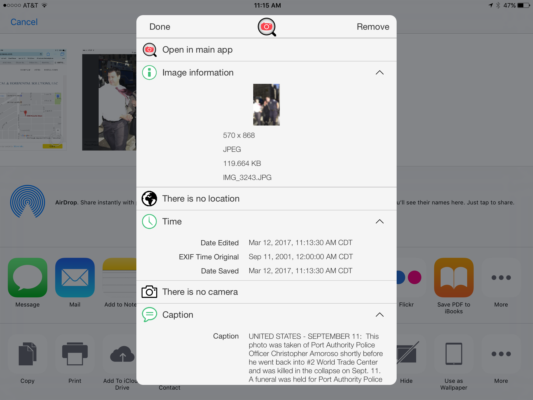 One would think the utterly ridiculous and sloppy imagery would have been cleaned up a bit more by now. Sure they have at least tried with "better resolution videos", but this stuff is just crap. Fun to pick through though.
Top

As Simon has already warned you, SkyWalker007, please use our forum as a forum to discuss ideas; not merely as your personal channel. Thank you.
Top
Post Reply
493 posts