After watching the Vicsims videos, I did some search engines and came across this dude:

As someone who partied and raved in NYC big time in the late 90's and early 2ks, I was trying to rack my brain to see if I ever met or seen this dude spin, or even if i was his name on flyers. I even posted a link just now on fb to see if anyone knew him. Have any of you looked into Josh? What's your take on him? This is really important to me ever since watching the Vicsim video. Thanks so much in advance.
Top

Edit (Oct 2013): The clowns at VoicesOfSeptember have now evidently disabled the option to hotlink to their images.
Top

OK, I can see it. head always tilted same way, facial expression changed slightly. Haven't gotten a response yet on my FB, i'll try reposting it and letting you know what the status is. my fav point made regarding the vicsims is how if these people were real, why the heck would their family members release the ugliest, low qulality pics? it's simple points like that that make you go, "ok, now i get it."


LOL, Simon. He sure is a quick grower! At least 2 feet taller in the pic in front of the window - unless, of course he was kneeling on the bottom stair for the other two.

Just reposted again on FB seeing if anyone knew Josh. I have a lot of friends were NYC area djs at that time. so we'll see what happens. This is all so fascinating as well as errie. I have come to accept the fact that there no planes or deaths. but still, there's that part of me that wants to be sure.
Top

I never heard of Josh, but I just love this zebra print dress and matching headband!

As BrianV pointed out a while back, Zebra prints just never seem to go out of style.
Top

If you are dragged by your woman into any store that sells women's clothes, you'll see all the black/white patterned tops, including zebra, sold to heavy and/or older women to wear as camouflage. Given that the average American woman is 5'4", 166 lbs., and needs all the camouflage help they can get - NONE of which hides their obesity in the slightest - don't expect this horrible style to ever go away.
Top

Yeah and girls think WE THINK it's sexy, yeah maybe on 1% of the female population 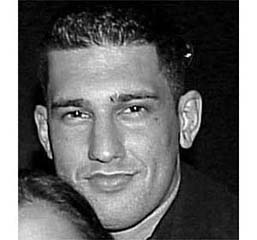 "During the 2007 subprime mortgage crisis, Goldman was able to profit from the collapse in subprime mortgage bonds in the summer of 2007 by short-selling subprime mortgage-backed securities. Two Goldman traders, Michael Swenson and Josh Birnbaum, are credited with being responsibile for the firm's large profits during the crisis. The pair, members of Goldman's structured products group in New York, made a profit of $4 billion by "betting" on a collapse in the sub-prime market, and shorting mortgage-related securities."
http://en.wikipedia.org/wiki/Goldman_Sachs

"Perhaps no one testifying April 27 to the Senate Permanent Subcommittee on Investigations embodied the communication gap between lawmakers and market-makers more than the 37-year-old Birnbaum. What senators referred to as betting against clients was "hedging" to Birnbaum."
http://seattletimes.com/html/businesste ... ing02.html

Ok, so the two Joshes may not be strikingly similar / or perfect matches... but you see, according to former September Clues fan and longstanding Cluesforum member "Ozzybinoswald", I am a spitting image of 9/11 vicsim Josh Birnbaum !

Of course, Ozzybinoswald's primary "claim to fame" as a - ehrm - 9/11 researcher, is to have wrongly accused (for years on end) an innocent Canadian actor named Mark Humphrey to have played the part of the infamous "Harley Guy" aired on FOX TV on 9/11. Eventually, the "Harley Guy" turned out to be a former FOX employee, Mark "Psycho" Walsh. Evidently, Ozzy's dirty role was to protect yet another news media ("lie-witness")whore. Read all about it here:
MARK "PSYCHO" WALSH is "THE HARLEY GUY": http://cluesforum.info/viewtopic.php?p=2372201#p2372201

So this post is not so much about Goldman Sachs fraudster Josh Birnbaum - who may or may not have foolishly lent his name and face to the phony 9/11 vicsim roster (against being rewarded with a plum job with Goldman Sachs, perhaps?)... It has more to do with the utter stupidity of clowns such as "Ozzybinoswald" - and their goofy attempts to smear yours truly and our SC research as a whole.
Top

As BrianV pointed out a while back, Zebra prints just never seem to go out of style.

And images of the dearly departed loved ones

removed from their site. Clown Assholes at that.
Top
Post Reply
10 posts • Page 1 of 1