Weidner uses this obviously manipulated image, just look at the guys head at the back on the right, clearly just pasted in. After all his so called mastery at image manipulation/front screen projection - to use this image as a main poster is bizarre!

Does anyone know who that guy is? I thought it might be Fredrick Ordway the 3rd but that's the front right guy, I think.

Edit: Image from http://gramercyimages.com/assets/kubrick.jpg and in the Weidner film comes in at 10 mins and is used to tie in Kubrick to Nasa through Ordway.
Top

lux wrote: Did you write this, Andrew1484? If not please cite source. It seems to be word-for-word from the YouTube video caption hype which, I suppose came from Weidner. Or, are you Weidner perhaps? In any case please cite source.

Actually the obvious video advertising blurb was at the Vimeo link that I had posted originally, but that text there has now apparently gone and no, I did not write it. If I had found the video and text together at YouTube I would have used that link instead of Vimeo.


lux wrote: The reason is that the comment highly praises persons who may not necessarily be considered praiseworthy by members of this forum (myself for one) so it should be put into context to prevent misunderstandings. It is also accepted practice here.

Well I thought that since this obvious "advertising text" was very obviously about the video on display, with a link above, it should not mislead anybody. My apologies if it did. I have made a small edit.


lux wrote: BTW, I have studied Weidner's essays and even bought copies of the Kubrick films he cites and studied them in relation to his points and found the whole thing to be an excessive stretch of logic, a general waste of time and (IMO) mostly a barrel of red herrings. Though a few of his points might have limited validly I think the "package" as a whole is likely disinfo. Just my opinion and just thought I'd mention it.

You may be correct. Do you mean like the 'Dark Side of the Moon' --- a French "documentary" (mockumentary) by (Khazarian) director William Karel? Or perhaps Karel was simply trying to "poison the well" because (Khazarian) Kubrick really had been involved in the hoax.

To deal with your "red herrings" point ---- concerning Jay Weidner's throwing a whole bunch of disparate jigsaw puzzle pieces into the mix, with his points of view, you might perhaps wish to consider that Weidner was probably trying to provide more bits of the "jigsaw puzzle" (that he apparently thought that he had detected) than your mind can (yet) find places for in the (allegorical) puzzle that your mind is creating. When constructing any jigsaw puzzle, a bit that you cannot find a place to fit is just an irritating distraction for you, at that moment in time, although not later. If I might try to create a simple analogy or sorts, that I hope will not irritate your mind yet again.

Each discrete mind creates their own discrete and subjective point of view (Weltanschauung) about the nature of perceived "reality" ---- my point of view will not (cannot) be exactly the same as yours, yet we can still try to help each other to see alternative points of view.

With any luck at some point in time a "critical mass" will be reached (100th Monkey Effect) and a "paradigm shift" will occur in human perceptions of reality. The average of all individual points of view (and guesses) about the nature of "reality" tends to be closest to the correct answer, when we are able to measure what the correct answer really is.

If the above attempt at an explanation about WTF I am going on about is just a meaningless, rambling, "word salad" --- from your point of view --- then I am sorry to have irritated your mind yet again.


lux wrote: Lastly, while you are welcome to quote me and add your thoughts to my comments, if you do so please comment on the actual point(s) that I raised rather than steer the topic off in another direction. For example, I mentioned my observation about the lack of spinning motion of NASA rocket launches in comparison to other launches. Maybe it's a valid observation and maybe it isn't but your posts (which quote and reply to my comments) go off on a tangent about using fins to steer rockets or some such topic which really has nothing to do with the point I raised -- so why include my quote in your ramblings?

Many forums consider such tactics to be deliberate derailing of threads -- in other words, troll tactics. It's also just annoying.

Sorry, I have no wish to niggle you (or anybody else). As for these Apollo rockets apparently not spinning, a spin would obviously be highly dangerous and undesirable for the alleged human contents and I simply don't know if the allegedly steerable engines could have theoretically prevented or (automatically? gyros?) compensated for any such hypothetical spinning tendency or not. I hope that clarifies my point of view for you.
Last edited by Andrew1484 on Sat Sep 22, 2012 11:19 am, edited 1 time in total.
Top

Weidner uses this obviously manipulated image, just look at the guys head at the back on the right, clearly just pasted in. .

Why are you suggesting that it is "clearly just pasted in" without providing any evidence, beyond that simple suggestion? I automatically react against people suggesting things to me like that. Has somebody else ever suggested this idea to your mind in the past? Or are you suggesting this now for some reason, having arrived at the conclusion on your own that it is an "obviously manipulated image" but you don't feel the necessity to explain to us what steps you took in analysing the (rather small) image to arrive at that conclusion? Even if it is a fake head pasted in, so what?
Top

lux wrote:I know of one launch anomaly -- for me anyway.

How do they keep the “manned” rockets from spinning during launch?

When you watch, for example, the Saturn V launches, the rockets are always rock steady – no spin at all – even after they gain altitude and are tracked with telephoto lenses.

Yet there is evidence of a torsional force at work:

The white venting gasses are twisting downwards and to the left, presumably, because the rocket is going upwards and there is some kind of wind effect coming from the right hand side of the camera. The rocket is clearly not turning anti-clockwise in relation to the background.
Top

Andrew1484 wrote: The white venting gasses are twisting downwards and to the left, presumably, because the rocket is going upwards and there is some kind of wind effect coming from the right hand side of the camera. The rocket is clearly not turning anti-clockwise in relation to the background.

Thank you for missing my point so thoroughly and for adding your own unsupported presumptions to it.

Coincidentally, your posts seem to have "some kind of wind effect" as well.
Top

lux wrote: Thank you for missing my point so thoroughly and for adding your own unsupported presumptions to it.

You are very welcome, so are you intending to clarify the nature of this “anomaly” in your mind that you may, or may not, be trying to communicate to other minds.

Probably not. And why bother. Yawn.
Top

I don't know what bothers me more: people typing the word "yawn" in a post or people saying "LOL" in person.
Top

Farcevalue wrote:I don't know what bothers me more: people typing the word "yawn" in a post or people saying "LOL" in person.

Or saying LOL at all, even in a text message.

There is nothing worst.

To me it only means "Lack of Laughter," or how I couldn't care less by what you just wrote that I'll respond with a measly, pathetic LOL...

I flee people who use this silly acronym like the plague.
Top

While cluesforum was down yesterday, I searched, without much hope, a similar Spanish forum. I found interesting this one:
http://www.burbuja.info/inmobiliaria/conspiraciones/

In the first post of the following thread:
Is there any valid evidence that man landed on the moon?
http://www.burbuja.info/inmobiliaria/co ... -luna.html

I found this video that made me laugh for a while

The description is worth reading.

Here are historical quotes by four men who opined about space travel in the past. It seems to me they would be the sort of folks who'd have had a pretty good clue about what they were talking about, no?... 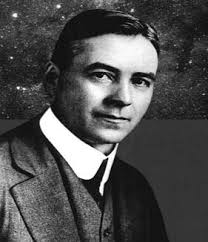 "There is no hope for the fanciful idea of reaching the Moon
because of insurmountable barriers to escaping the Earth's gravity."

— Dr. Forest Ray Moulton, famous American astronomer. The crater Moulton on the Moon, the Adams-Moulton methods for solving differential equations and the Moulton plane in geometry are named after him. 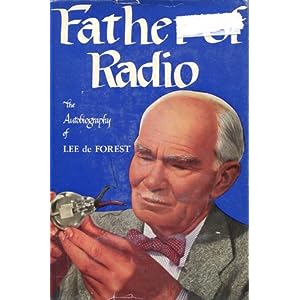 "To place a man in a multi-stage rocket and project him into the controlling gravitational field of the moon.... I am bold enough to say that such a man-made voyage will never occur regardless of all future advances."

— Dr. Lee De Forest, - described alternatively as the "father of the electronic age", "the father of radio" and "the grandfather of television".
Top

Be sure to get your bids in!
http://rrauction.com/preview_itemdetail.cfm?IN=218
Top

Thanks, Lux! I may have to have one of these. $500 seems like a reasonable price, provided the bidders don't go crazy. Complete with reso plate, no less. But I didn't see any mention of the star inhibiting filters. Do you suppose they are in a separate auction?
Top

Flash was removed because it was always sunny when the Hasselblad was used on the Moon!

This site is defunct, you can look this one:
http://nasascam.atspace.co.uk/
Top

A lunar lander test from earlier this year:

The blurb below the video on its YouTube page says:

The 330-by-330 foot hazard field included five potential landing pads, 311 piles of rocks and 24 craters that mimic an area on the moon's south pole. On July 20th, 2012, the 43rd anniversary of the Apollo 11 lunar landing, the Morpheus test vehicle arrived at Kennedy Space Center (KSC) for advanced testing. The high performance HD5 version of the Morpheus engine was performance tested at the Stennis Space Center in the summer of 2012. The testing and building of the hazard field were paid for by NASA's Advanced Exploration Systems Program (AES).
[edit]Incidents

Morpheus lander crash on August 9, 2012. On June 1, 2011, a test of the Morpheus lander caused a large grass fire on the grounds of the Johnson Space Center. A minor incident: no one was injured and the Lander was fine[20]. Subsequently a 10 foot wide fire break was dug around the test area to prevent the spread of any possible grass fires.
On August 9, 2012, the lander tipped over, crashed, caught fire, and exploded twice during its initial free-flight test at the Kennedy Space Center. The fire was extinguished after the tanks had exploded.