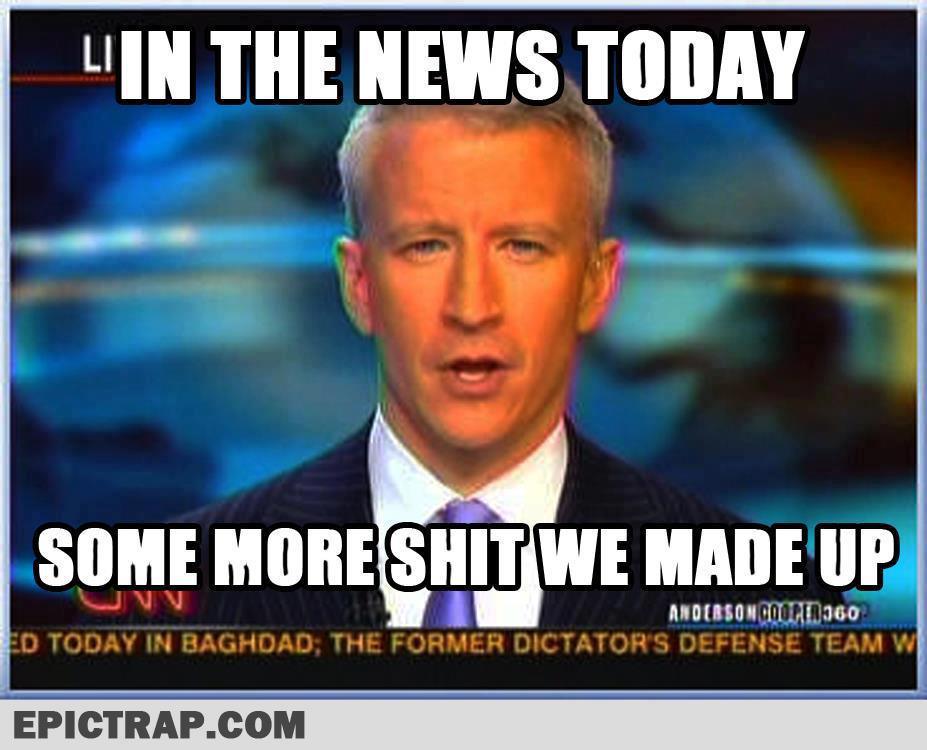 The clever folks on the web’s more popular conspiracy forums

have uncovered the name “Sandy Hook” on a map of Gotham City seen in the film Batman: Dark Knight Rises – the film that was shown as a man claiming to be the Joker shot and killed 12 people while injuring 58 others in a movie theatre in Aurora, Colorado, earlier this year.

I posted about this a few pages back, but the post was probably invisible due to the thread moving to the next page right after. So I'm posting the post back, sorry for the repeat to the few that might have read it, but it is a part of the discussion that can be interesting due to the direct connection to Hollywood:

As already mentioned in this thread, "The Dark Knight Rises" had references to "Aurora" and "Sandy Hook". And it is really outrageous to see the arrogance of these Hollywood types who think it nothing to put references to these psyop events into their movies.

This would be the map featured in the movie: 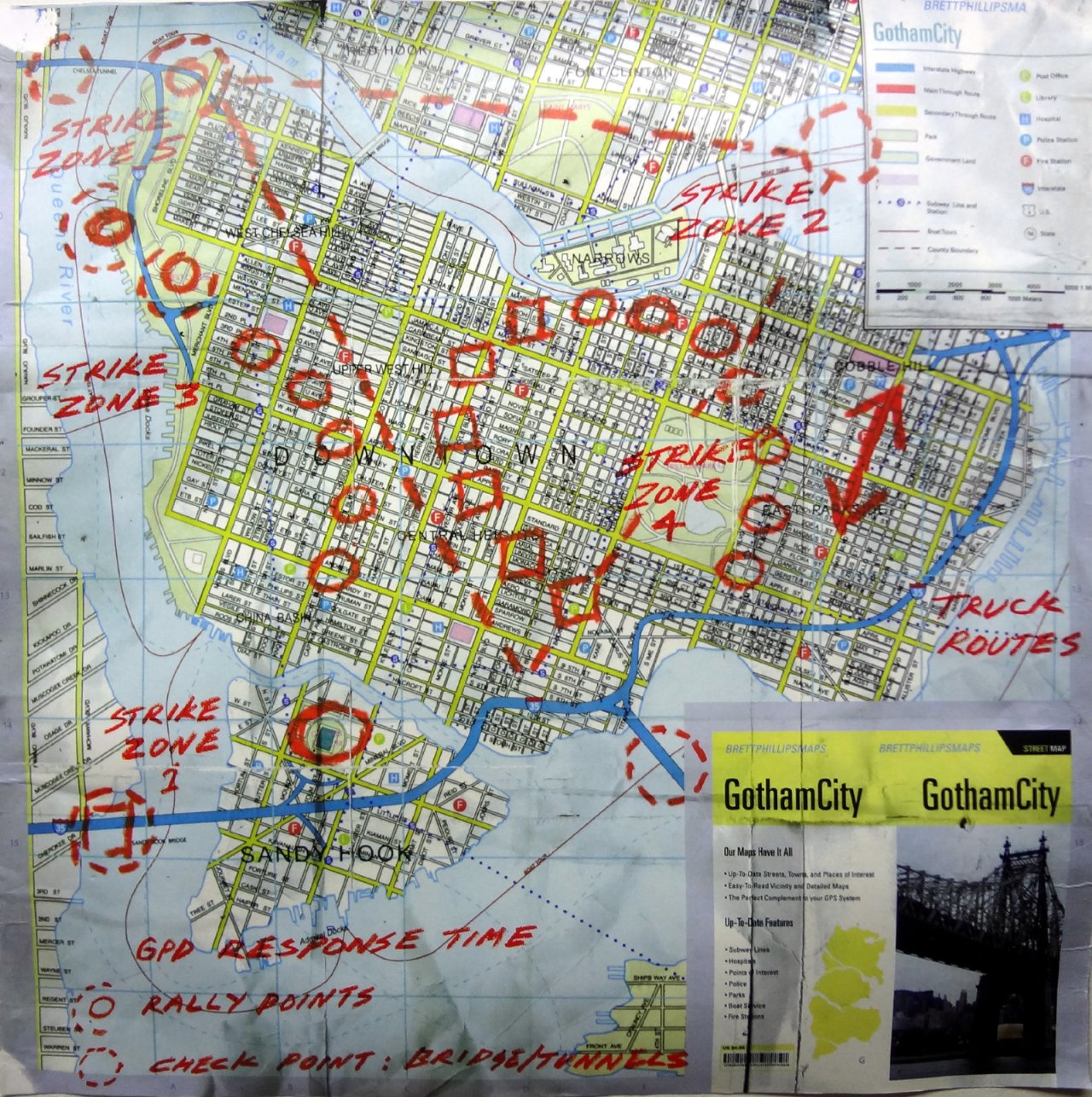 with "Sandy Hook" pretty visible there. As Resolution showed here with another map, the original name of that area in the fictitious maps of Gotham city is supposed to be "South Hinkley", not "Sandy Hook". Same initials, but someone decided to make a change during the production of this movie.

Here is the screenshot at the 1:58:43 mark (I took this myself from the actual movie):

Now I am going to state the obvious by remarking how wrong it is (yet predictable) that these "conspiracy" clues are being used by all the known "conspiracy" websites to declare that the massacre really happened, and by the hand of the "illuminati", or some other secret elite that would be coordinating all these events (Infowars among many: http://www.infowars.com/confirmed-secti ... t-release/), placing hints into movies out of some mysterious ritual and subliminal operation they only know about. The conspiracy people are going nowhere with this and they know it.

The most logical conclusion that can be drawn from these staggering clues peppered into movies is thoroughly avoided: that these things are hinted at in movies and the like because they are not serious at all. Because they are fakes, they are scams. And nobody risks the chair for a scam or for staging an event and disturbing the peace. So why not be a bit cocky about it?

The reason why the perpetrators of these events are so cocky as to drop hints into movies and such, is that the real territory of intervention for them is the media itself. This innocent, ethereal thing that has no consistency and is not geographically identifiable on any map.

As to the nauseating references to the "illuminati" that seem so obligatory these days. We keep seeing all the time Hollywood and the newsmedia being blatant instruments of these events. Even if you really need to believe that the events are real, still they entirely revolve around the reduction and representation the media makes of them.

Thus. Isn't it time to put aside, at least pending further investigations, these secret, impenetrable cabals nobody knows anything about and start focusing on the evil thing in itself that the media are? Do we really want to find culprits and perpetrators? Let's go to Los Angeles, walk into any studio, find the producers, the writers, the actors, and all the shills and agents that work alongside them. They're the idiotic, dangerous maniacs who serve the mightiest part in all these tragedies of deceit.
Top

I've been going through obits and taking notes.
I came across this pic in the obituary for James Radley Mattioli. First because his name was
listed on three consecutive days in the paper, when some were never even posted once.

9 kids in all listed in this nearby newspaper, to compare with those in the Newtown Bee.

Nearly all of the children excepting for Richman, Hsu, and Pinto, had an in lieu of flowers request.
The strangest was for donations to Steve DeMartino and TransAct Technologies in honor of
Alison Wyatt.

Here is a photo taken the day after the 'shootings' showing obama
'consoling' members of emilie parkers family.

this boy is not identified in the article but bears a remarkable resemblance to
jesse lewis, IMO.

Here's the analysis for the Presidential visit to the "band room".

NOTHING EVER REALLY HAPPENS! This world is just a BIG PILE of FAKE

Nah the town is Fake too, nobody lives there!
Top

This event has been a HUGE windfall for gun vendors, there is Nothing left on the shelves here in the states, AR-15 high capacity Mags that were $12 are now over $100, guns are going for $100's over retail, Craziness!
I made a fresh purchase, got aSpringfield XD-9/S&W M&P 9/and Mossberg 500 on hold! SO don't break into my house!

[quote="simonshack"]*
It would appear that these 'mad shooting' psyops have multiple goals and objectives. The first two are easily understood:


2 - To make people give up their firearms so that only the government can own firearms (self-protection by the elites).
I'd like to see the US Gov't try to confiscate citizens firearms, A Mercenary Wacko living in Montana with a Huge arsenal? If I was a US Marshall I'd be like "Fuck That"
Top

This is SO subliminal I have to wonder how it was found so quickly, unless the same people pulling it off are exposing themselves.
Top

I thought that, also, at first until I realized there are hundreds, if not thousands of people combing
that movie for clues. Someone must have paused the movie in the past to take a look at the map
according to the dialogue from the scene.
If they blew it up and made notes about what all the red circles were featuring, I am sure it rang a
bell, when this event occured. I know people who dissect this and all the Batman movies and can
quote vast pages of dialogue verbatim.
So I was not surprised this was recognized by at least one, if not several people.
Top

MrSinclair wrote:This is the biggest op since 9/11 and a well oiled machine is in place to further their agenda. It seems entirely likely they will pile on top of this and I expect another major and complimentary psyop before years end to keep the drums beating for gun control.

Four people have been killed and several police officers wounded in a shooting spree in rural Pennsylvania.The shootings, exactly a week after a massacre of 20 children and six adults at a school in Connecticut, "happened over a large area" near Geeseytown, in a remote part of the eastern US state, Diane Meling, a spokeswoman for the Blair County Emergency Management Agency, told AFP.

"Four people were shot dead. That number of four includes the alleged shooter," she said. "There were several Pennsylvania state troopers injured, I understand none seriously."

Sandy Hook, a strange incident. Note that a biblical 7 days before the world was scheduled to end on the 21st, the world ended for certain players in something of an pre-apocalyptic matinee show. Or not...

And here's Sandy Island....or not, a strange island that isn't really there. Unless maybe it's now back, after a month's holiday. See this link
Top

I was being a bit sarcastic