nonhocapito wrote:
It remains to understand who is running the sandyhookhoax website.

I was also intrigued by this and did a little digging. The site is appears to be operated by one Jay
Johnson, who also operates http://www.lookyourheartinthemirror.com/index.html. His primary interests appear to be new age spirituality, making jewelry, and the TV show LOST. As I mentioned in an earlier post, he goes by "New Age Messiah" on godlikeproductions.com.

If I had to guest, I'd say that he is not cointelpro, just an eccentric guy who saw the ridiculousness of the Sandy Hoax 'shooting' as an opportunity... 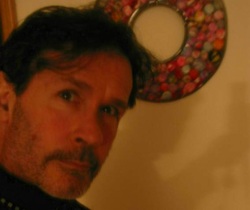 and can be emailed here: jay@lyhitm.com
Top

nonhocapito wrote:
It remains to understand who is running the sandyhookhoax website.

I was also intrigued by this and did a little digging. The site is appears to be operated by one Jay
Johnson, who also operates http://www.lookyourheartinthemirror.com/index.html. His primary interests appear to be new age spirituality, making jewelry, and the TV show LOST. As I mentioned in an earlier post, he goes by "New Age Messiah" on godlikeproductions.com.

If I had to guest, I'd say that he is not cointelpro, just an eccentric guy who saw the ridiculousness of the Sandy Hoax 'shooting' as an opportunity...

and can be emailed here: jay@lyhitm.com

Yeah, i had reached this name as well via whois but had discarded it for the sheer number of domains registered to it (whois.com lists about 450). I came to the conclusion it was just a nameplace used by registrars for privacy concern. I guess this is a "real person". Apparently "The only person in the world to solve LOST".

In any case for the moment I remain of my idea, which is nothing but a fallible hunch: that that website is some sort of counter-information honeypot. We'll see.
Top

I can't believe there's scores of New Yorkers volunteering to turn their firearms in cause some politician told you too? WOW!

Brutal Metal wrote:I can't believe there's scores of New Yorkers volunteering to turn there firearms in cause some politician told you too? WOW!

And it is sad because that's also a way to say: "I don't even trust myself or my family members with this. We are all potential criminals." People are being trained to think of themselves as criminals, as rotten individuals, and be scared of their own shadow. It's disgusting.

And the absurd thing is that, simply put, a criminal does not follow the law.
So what's the use to make the law more prohibitionist? Coming from the italian experience, where guns are not popular among the general population and are very hard to get by law, I can assure anyone that this is not a problem for organized crime, not only to get a hold of weapons when needed, but also to largely traffic with them.
If anything prohibition will (as it always happens) favor the black market. Rich guys will probably profit illegally out of this.

As to the alleged kids who allegedly go out of their mind and start shooting everyone: even if these cases weren't pure psyops probably entirely faked since the days of columbine or earlier, even if such behaviors belonged to reality, what would prevent said kids to find either illegal weapons or other means of destruction?

As it is clear to anyone in his right mind, this whole thing is not really about guns as it is about spreading fear and the need for control.

Something about the images gnawed at me and I think perhaps we may have if figured out. I feel it is definitely a composite or fake consisting of at least two and perhaps three pastes.

I came up with this: (horizontally reversing the image). 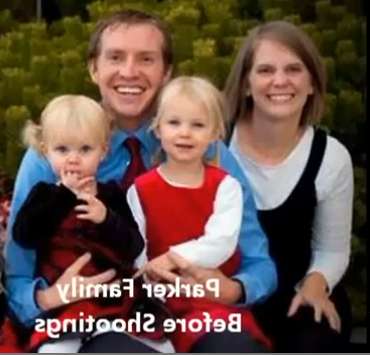 And then putting Emilie in. 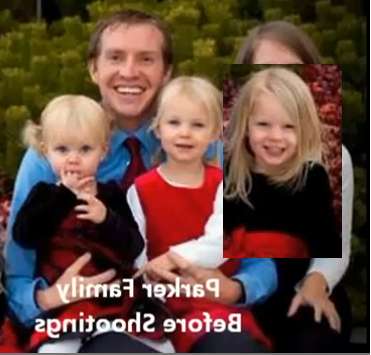 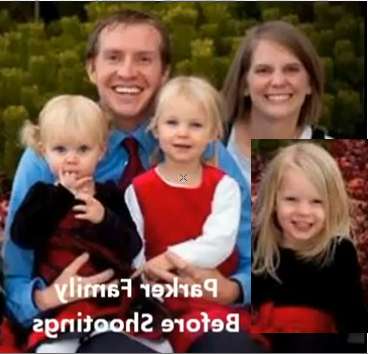 But the mommy's hair did not check with the earlier image and so I think I figured it out when I reversed the image of Emilie.

Regardless I have to wonder exactly how many children did the Parkers really have ?
Top

Brutal Metal wrote:I can't believe there's scores of New Yorkers volunteering to turn their firearms in cause some politician told you too? WOW!

I am sure we all noticed it. How could you not. Same blonde hair and same dress. I am certain we all said "Oh she looks like little Emile" Question is who exactly is she ? So what do you think is really going on. 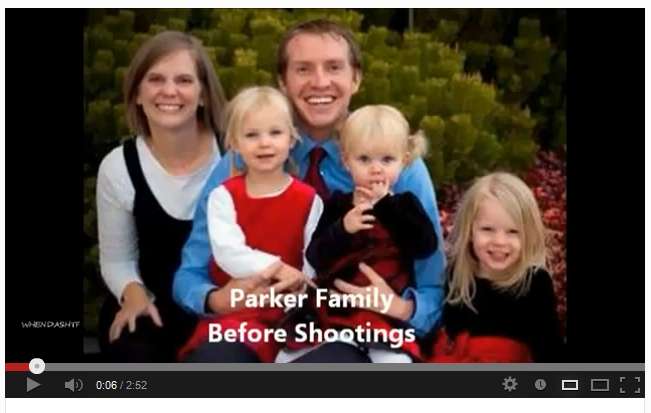 Now I don't know about you but if one of my daughters had been killed during kindergarten I don't think I would dress the other one up in a favorite dress of the other and I sure as heck wouldn't have been laughing and joking.

So I guess the question is ... is this a real photograph or has little Emile been added ? I think I would have placed her in front of mommy. 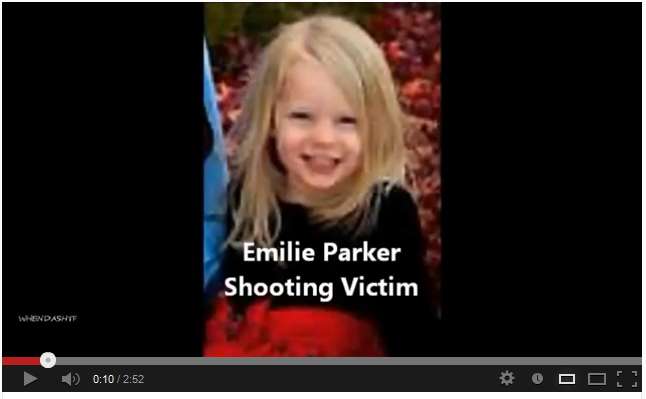 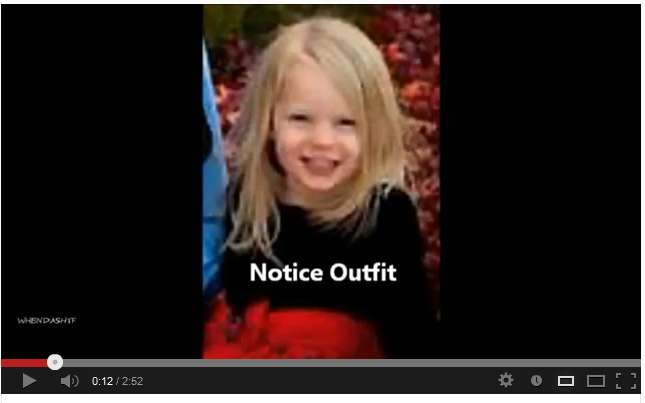 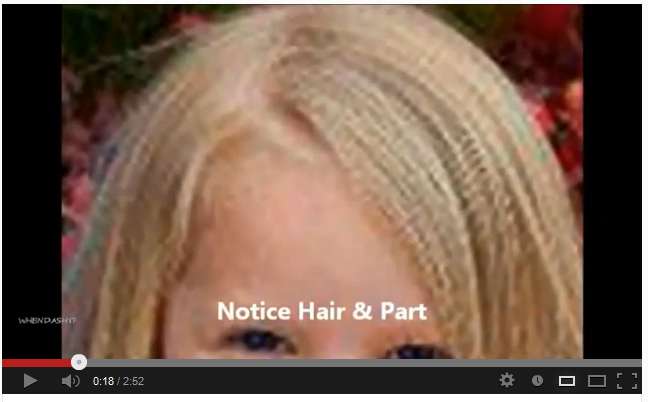 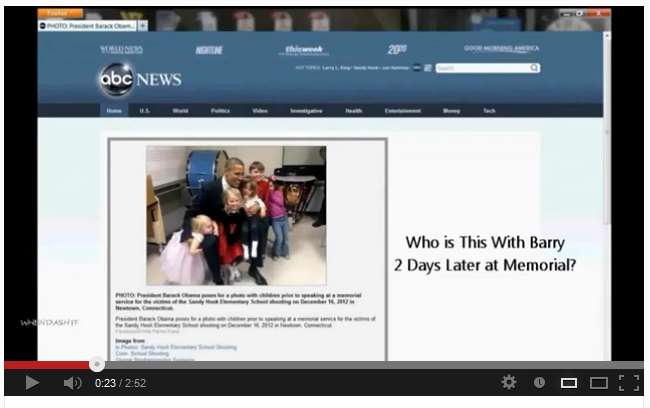 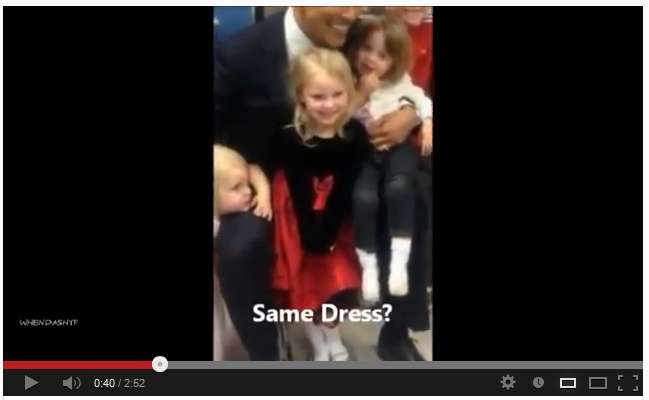 So if it is not Emilie (because she is dead) who then is it ? And please take a close look at the family photo. It looks like a professional photograph. What photographer would place Emilie way off to the right like that. Surely she would be in front of her mother in a nice neat tight group.

Are they that confident now that they think they can get anything by us ?

If so there are much worse things to come and soon.
Top

Please examine the photo below and perhaps you can explain to me why "Little Emilie" has a head as large as her "mother" ? And while you are at it take a look, a very close look at the dark sweater of the smallest child. This image has been Photoshopped plain and simple.

nonhocapito wrote: I guess this is a "real person". Apparently "The only person in the world to solve LOST".

Well, I suppose if if he was able to 'solve' LOST, perhaps he will also be able to explain the mind-boggling absurdity (in terms of irreconcilable inconsistencies and utter lack of realism)achieved by this latest psy-op...

You're right to be suspicious. And while I think this character and his site are rather innocuous, it will be interesting to see what sort of hoax management/cointelpro/disinfo/controlled opposition is rolled out on the heels of the Sandy Hoax.

I am expecting more DallasToolBag-type entities to emerge...
Top

I found this curious image, which is supposed to be the yearbook photo of Adam Lanza and his geek club buddies, as mentioned in Simon's post:
http://www.cluesforum.info/viewtopic.ph ... b#p2378917

Check out the three guys on the front left, who appear to be sitting on non-existent seats. The leg posture is similar to the Falling Man/ Hanged Man, but that could be a coincidence. The second one along from the left, with the goggles around his neck looks weird, and I'm not sure both of his arms actually belongs to him. Look at the awkward posture, and the contrast between the left hand and the jeans it's supposed to be resting on. Check out the asian person on the very left, where are his/her legs? The guy with the beanie hat in the middle looks totally pasted onto the white background behind.

Finally, after looking at all this for a while I started to wonder, why did the "technology club" have their yearbook photo in a nondescript hallway (there are cinder block walls and lockers, it must be a high school, right?), instead of in the AV room, or a computer lab, or something?

The source give is just a very non-descript "AP". I've archived this page on WebCite in case it mysteriously changes:
http://www.webcitation.org/6DFd6zwYp
Top

He looks digitally inserted, and he looks like a penis.

Observe the emphasis on his private area. His dick-head hair and shaft-like shirt creases. They seem to love doing this with children sims. I wonder if they are hiring pornography photoshop retouchers or if the focus on children's privates is deliberate ... or both! This is an ancient subliminal advertising gimmick in which the viewer is un- or semi-consciously drawn into the drama because of the sexuality and the mind's automatic sexual nature. Regardless of ultimate psychological result (Lanza appears more/less powerful or vulnerable or naked or other associations of sexuality) the primary concern of inserting sexuality is that it heightens the drama and subconsciously draws in the viewer. Not to mention it recalls the classic insult "he's a dick" or in Italian cazzo - testa di cazzo - in many languages, this would translate as an insult rather than anything else.

On top of that, note the fakeness - the strange flat sharpness of his crouching friend's jeans (or any of the crouching kids' jeans), where the white space that Lanza is allegedly standing on gets a fuzzy outline (most notable around his shoe) but that same child's arm that crosses Lanza looks touched up, small, and too pressed against his body as if he has been shuffled from his original position too. Look at Lanza's unprofessionally photoshopped pants and the strange shadow cast on his shirt. Is the kid in the black shirt a monolith?
Top

From a gun control perspective this gallup pole suggests that the Sandy Hook psy-op has had an opposite effect to what may have been intended. Results show that respondents oppose a gun ban more than ever.
Top

And so it becomes just another money-grab.

A $100 million claim on behalf of a 6-year-old survivor is the first legal action to come out of the Connecticut school shooting that left 26 children and adults dead two weeks ago.

The unidentified client, referred to as Jill Doe, heard "cursing, screaming, and shooting" over the school intercom when the gunman, 20-year-old Adam Lanza, opened fire, according to the claim filed by New Haven-based attorney Irv Pinsky.

"As a consequence, the ... child has sustained emotional and psychological trauma and injury [what about the rest of us, having to deal with this ludicrous psyop?], the nature and extent of which are yet to be determined," the claim said.

Pinsky said he filed a claim on Thursday with state Claims Commissioner J. Paul Vance Jr., whose office must give permission before a lawsuit can be filed against the state.

"We all know its going to happen again," Pinsky said on Friday. "Society has to take action."

Twenty children and six adults were shot dead on December 14 at the Sandy Hook Elementary School in Newtown, Connecticut. The children were all 6 and 7 years old.

Pinsky's claim said that the state Board of Education, Department of Education and Education Commissioner had failed to take appropriate steps to protect children from "foreseeable harm."

It said they had failed to provide a "safe school setting" or design "an effective student safety emergency response plan and protocol."

Why would there be a black and white picture, I wonder. Probably because all figures in the group are photoshopped and they couldn't get the light to work well enough in color. And because the standards with fakery seem to be constantly lowered.
Top

- Top border line of lockers is displaced as it passes behind Penis Boy's head.

- Penis Boy was also given vertical slit pupils (penis-snake ... get it?).

- High Five Boy lost part of his head and his eye on that side looks strange.

There are other little goofs too but I don't have time to post them right now.
Top
Post Reply
1550 posts