The below video is tagged as Celeste Corcoran Lowell High School prom interview posted on youtube on 28 April 2013.

Three instances of police officers walking into building in background within 01:25 of each other:

Below news footage purported to show Boston bombing victims Celeste Corcoran and her daughter Sydney. Footage was posted on YouTube on 15 April 2014 and is an excerpt from local TV WCVB Channel 5 Boston, an ABC company affiliate.

If it is difficult to see, view the youtube video while pressing the space bar, this will slow the video speed.
Top

I am not sure if we need to figure out if this "disappearing/reappearing/moving mole" thing that keeps happening in the news is something that normally happens with people. But I feel like there are a lot more 'wandering moles' on people who may in fact be moles of another kind or synthetic simulations thereof, if you know what I mean.

Simon and I have been noticing this on the skin of suspicious big-name characters for some time now. We were speculating at some point that it might be some way for those in the know, but who aren't particularly bright, to keep an eye out for the fake people. These moles would be a dead give-away, but remain explainable as artifacts or compression or some such, if it is not actually such.

Regardless, it is an interesting concept; this kind of warning sign on media cartoon characters would be one way to maintain a threshold for those 'in the know' without needing to send out bulletins every time some new fake makes an appearance. They could just be trained to watch TV for certain signals like it. There might even be more of them. Could one of these secret signals be the blue-and-white stripes on shirts at PsyOp events?
Top

From the Daily Mail:
Jeff Bauman returns to work at Costco a year after losing both legs in Boston bombings See more silly images at link to the article (which is now being republished almost verbatim across multiple US news outlets)
http://www.dailymail.co.uk/news/article ... bings.html
Top

Poor Bastard. Working at a nickel and dime store.
Top

I've been thinking for a while now that the "people" involved in Sandy Hook and Boston are total simulations. Many believe they are actors but I think there is too much risk that they could be recognized so why use actors when it's possible to create simulated beings? I believe the technology exists (based on the Brad Pitt movie, Benjamin Button for example) to use not just pictures but video of people to tell the story. I became suspicious that they were doing this when they showed the "victims" of the Ohio kidnapping story. Also, look at "Snowden". I think they can make them appear any way they want to.

I've also been thinking about Robbie Parker of Sandy Hook. Do you remember when they had him laughing just before being interviewed and everyone said "Busted! He has to be an actor!"? I believe the reason "they" did that was because they want conspiracy theorists to latch on to the idea of actors because that inhibits them from considering the truth - that they are all simulated characters. All of the parents of SH kids, all of the Boston bombing victims. I really believe this is what we're seeing and media fakery has jumped to a whole new level. Thanks, CitronBleu.

Indeed, SVR could also take blackmail to a whole new level for any flesh and blood participant involved as an incentive to comply as it would be easy to fake a real person with the same technology.
Top

Jeff seems to have gained a good bit of weight and he looks older. I used to live in the Boston area. Wish I was still there to drop in at Costco to have a chat. I don't think he exists but maybe he is an actor. No one would survive what he supposedly went through. 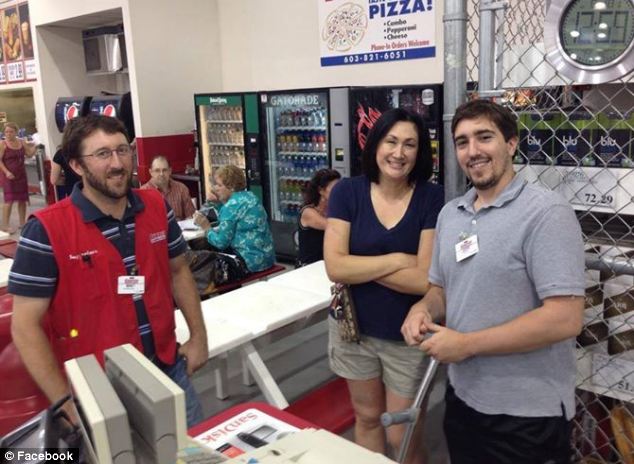 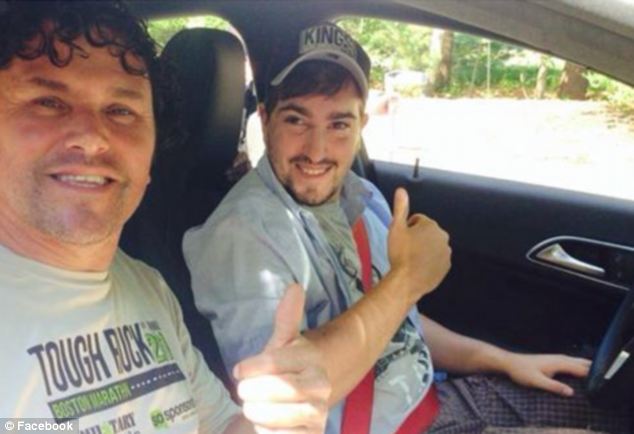 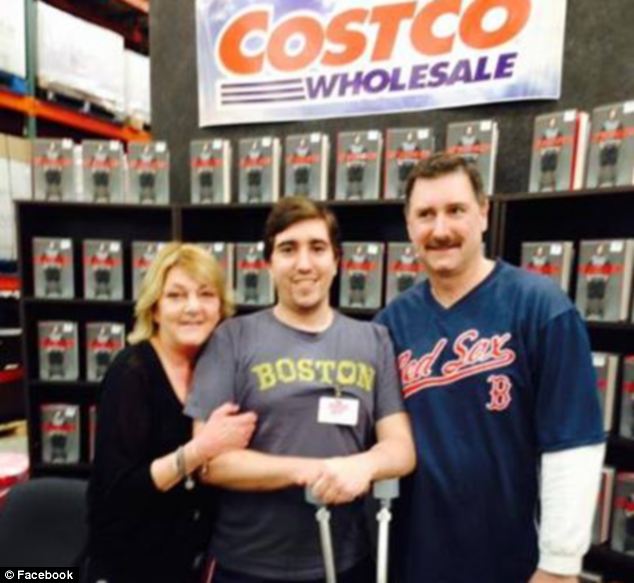 TX - Why did you remove this photo after I had posted a reply? Just as well I saved it! Oh, you put it back good! Posting error? We should have a Pilgrimage to Costco. How about it?

Oh fuck! Is the jeff-lookalike bozo wearing blue stripe t-shirt. I give up.
Top

brianv wrote: Oh fuck! Is the jeff-lookalike bozo wearing blue stripe t-shirt. I give up.

Don't give up, Brian! Don't you ever give up!

I'm sorry BrianV. I thought I had all the pics but I copied the wrong links. It should be fixed now.
Top

TrutherInTX wrote:I'm sorry BrianV. I thought I had all the pics but I copied the wrong links. It should be fixed now.

Yes it's back, no probs. I've done it myself many times.

I'm sure there's more here for the keen eyed viewer!

Can someone please explain to me how a social media website owns the copyright to photographs posted to one of their pages?

Sorry for the further small edit...

Jeffrey (Jeff) Brotman (Born 1943) is an American attorney, businessman and the co-founder of Costco Wholesale Corporation.

"Brotman has served on the boards of several public companies and[4] according to Businessweek magazine is "connected to 13 board members" [5][6] and sits on the Board of Directors of the Million-Dollar Roundtable at the United Way of King County.[7] In addition, he is a past Member of the Board of Seafirst Bank, a Member of the Board of Starbucks and a Trustee at the Seattle Art Museum."

Asshole Bill Gates Snr is a board member of Costco

http://en.wikipedia.org/wiki/Costco
...
Costco pays it monkeys 11-21 peanuts an hour in the USA and the North East region is mainly staffed by the Teamsters Crime Syndicate. Hoffa, hoffa, pardon me!!

"The Teamsters Union is one of the largest labor unions in the world, as well as the 11th largest campaign contributor in the United States. While they supported Republicans Ronald Reagan and George H.W. Bush for President in the 1980s, they have begun leaning largely toward the Democrats in recent years; they have donated 92% of their $24,418,589 in contributions since 1990 to the Democratic Party. The Teamsters Union endorsed Barack Obama for the 2008 Democratic Nomination on February 20, 2008".
Top

I called the number on the Pizza sign. It rings and rings, no answer, no voicemail. Will try again during business hours.

Boom Boom's right thumb is strange looking. He also appears to have lost some of his left hand. Blue stripy looks like he lost his fingers and the dancing lady in purple seems to be missing her left hand.
Top

Just adding/editing has anyone zoomed in on 'picture' in upper left-hand corner?
Looks rather 'graphic' in a cartoon-esque way.