The Rise & fall of ISIS

Discussing the most relevant "sequels" or "reminders" of 9/11. The so-called "War On Terror" is a global scam finalized to manipulate this world's population with crass fear-mongering tactics designed to scare you shitless.
Post Reply
First unread post • 165 posts

icarusinbound wrote:To what extent is this sheer taunting of independent analysts, or, a testing of the absolute boundaries of general public gullibility?.

This is not satire: it's being represented as factual news.

There was also a thing last year about ISIS 'Doll bombs'. 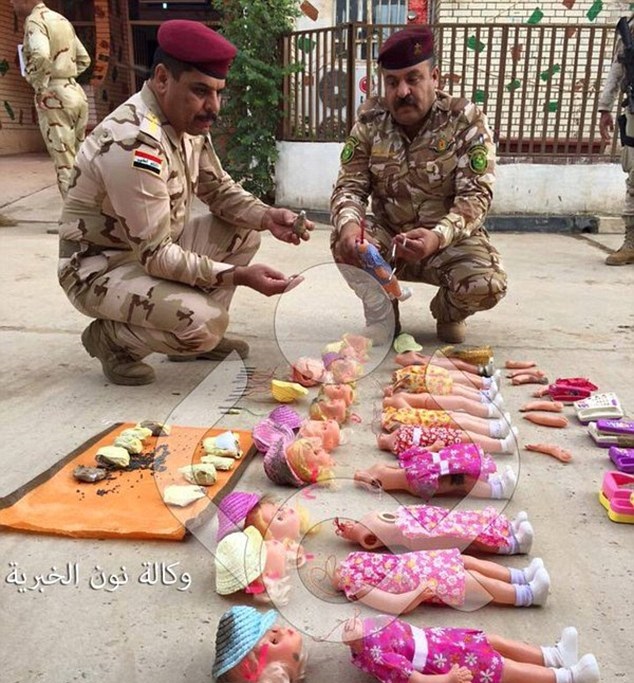 It doesn't seem to make much sense to me to have your war propaganda be quite so absurd but apparently that's the way they like it.


It should be noted though that there's historical precedent for this kind of thing.
Top

Perhaps this ISIS (or whatever) have just found a translation of Tom Sharpe's 'Riotous Assembly' (1971) in which exploding ostriches are used!

I read this book all those years ago.
Top

sharpstuff wrote:Perhaps this ISIS (or whatever) have just found a translation of Tom Sharpe's 'Riotous Assembly' (1971) in which exploding ostriches are used!

I read this book all those years ago.

Haha great book, I nearly died from laughing reading it in my formative years. Forgot about the exploding ostriches.

This chap is alleged to have been the target of an alleged US airstrike against an alleged IS training camp in Libya. The image alone is laughable. 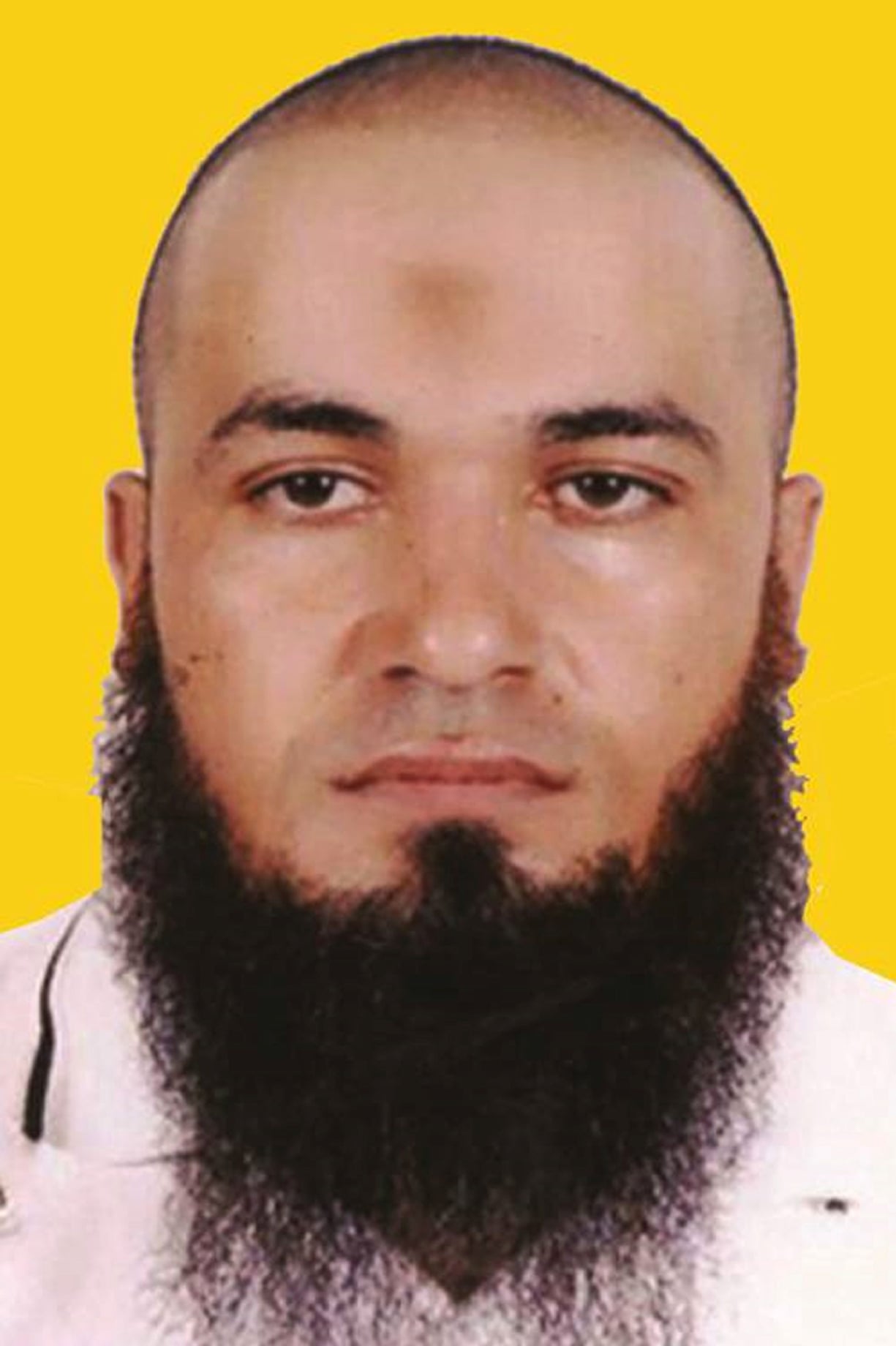 "Harrowing" I'm sure you will agree. Harrowing photoshop work that is. What benefit do they see in adding these garish backgrounds?

He is supposedly linked to the 'Tunisian beach attacks' hence his inclusion in the narrative. No evidence or description of this link is provided.

The story itself is just as bad; according to 'Pentagon Spokesman Peter Cook' the target was a training camp full of men 'with ill intent'. He can't however say for certain whether or not the strike was successful. I assume they will evaluate this at a later date by asking the supposed targets whether their intentions remain to be ill.
Top

If you weren't impressed by exploding kangaroos, Colonel Steve Warren of the US 'anti IS coalition' is back with more.

Not content with detonating every animal under the sun they have now turned towards what is alleged to be their own 'manual', and household appliances. Whatever next?
Top

clank wrote: Not content with detonating every animal under the sun they have now turned towards what is alleged to be their own 'manual', and household appliances. Whatever next?

And to think that many people still believe in the very existence of Muslim terorrists / Isis / Is / Alqaeda and the like... *giant face palm*

clank wrote:Not content with detonating every animal under the sun they have now turned towards what is alleged to be their own 'manual', and household appliances. Whatever next?

As Martin Niemöller/ICfreely once said...


First they came for the Scorpions, and I did not speak out—
Because I was not a Scorpion.

Then they came for the Chickens, and I did not speak out—
Because I was not a Chicken.

Then they came for the Kangaroo's, and I did not speak out—
Because I was not a Kangaroo.

Then they came for my refrigerator—and there was nothing left to speak for my fridge... or its contents.
Top

clank wrote:Not content with detonating every animal under the sun they have now turned towards what is alleged to be their own 'manual', and household appliances. Whatever next?

As Martin Niemöller/ICfreely once said...


First they came for the Scorpions, and I did not speak out—
Because I was not a Scorpion.
[...] 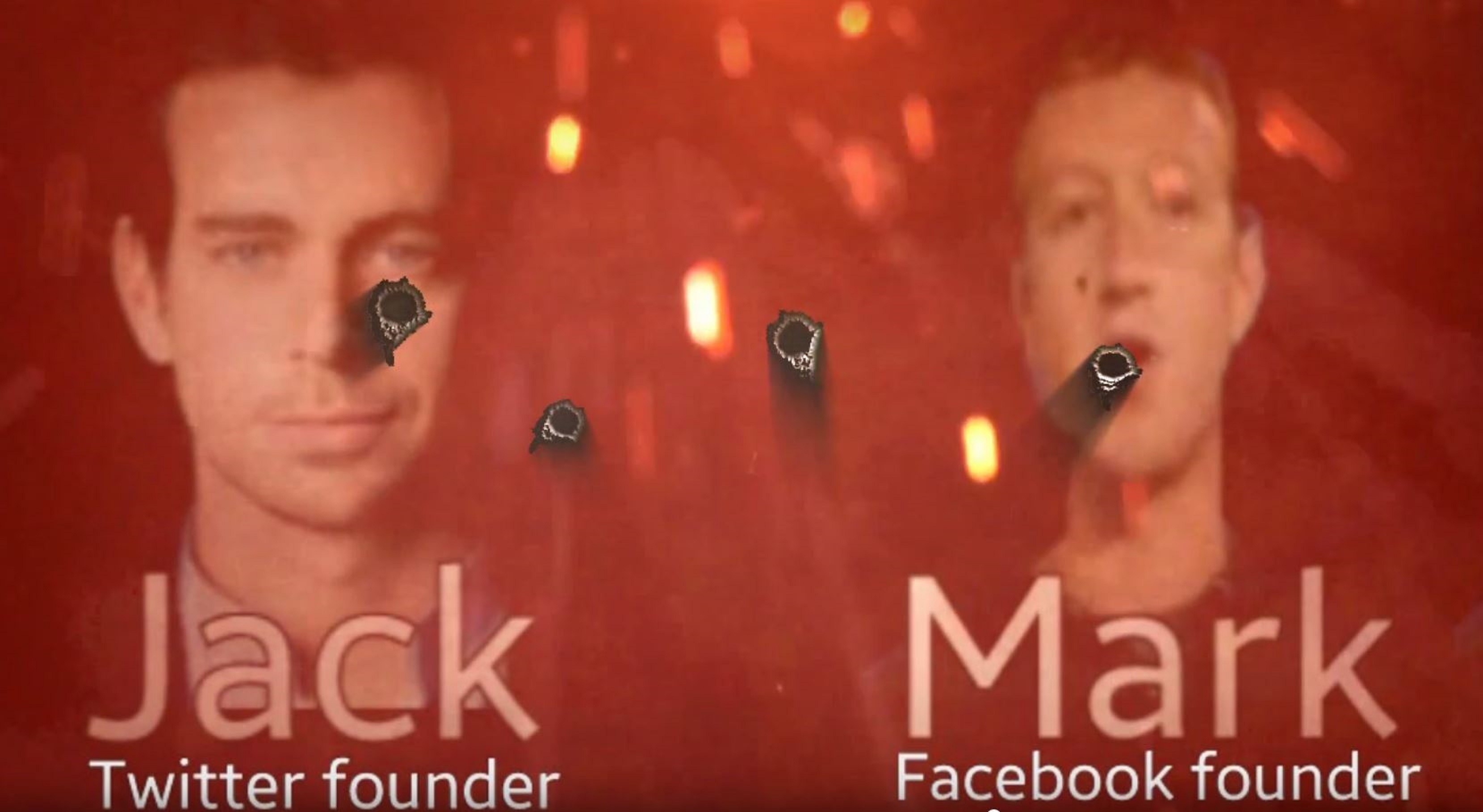 Twitter said earlier this month it suspended 125,000 accounts “for threatening or promoting terrorist acts, primarily related to ISIS.” Facebook has said that it works to ensure that terrorists don’t use the site, and that it removes content supporting terrorism.
Top

The latest "horror story" is that they are said to be using out of date building materials to carry out chemical attacks using landmines (?).

The linked story from Russia's Sputnik News comes with this image

The date of manufacturer is 21st March 2012, and the expiry date is shown to be 12 months after this. The problem; IS didn't 'appear' in Iraq until December 2013. No doubt those wily IS terrorists can work with expired chemicals, they do after all have a "team of experts".

According to the manufacturer of Polybond SBR it can be used to bond concrete, repair concrete, and waterproof all kinds of surfaces.

Iraq is a country that has been torn apart by war, and is a prime target for reconstruction projects. Just the place you would expect to require concrete repairs.

But of course there must be some ulterior motive! Perhaps IS are waterproofing their hideouts in preparation for the big Mosul dam collapse the media have been scaremongering about recently?

As I read the news of the alleged killing of the famous executioner Abu Sayyaf (alleged in that I doubt such character ever existed), I am reminded once again of the outrageous fakery of the ISIS fable, clearly a zionist/neocon invention fuelled and propped up by the fakery-central website SITE of the non-existent fictional character of Rita Katz (her twitter still desperately trying to insufflate some life into the myth). Here's a possibly interesting article on the topic by Veterans Today, which I haven't read.

In particular, in relation to the death of "Abu Sayyaf", let's look at this picture, which somewhere (sorry I lost the link) was linked to him:

This is an alleged screenshot from a video... Please observe the heads of the onlookers... I have a strong feeling these two bodyless heads belong to the little scumbags who photoshopped the whole thing:

Just in case any readers are thinking these ISIS characters are Arabs, think about this. I have asked several native Arab speakers, from many different countries, if they could tell the middle eastern region of the people portrayed as ISIS in the media by their Arabic accents. Made my friends listen to ISIS clips where people were speaking in Arabic. Was trying to find out which middle eastern country ISIS members are really from but instead, to my surprise, the response was that those ISIS people in the media sound just like Americans speaking in Arabic. ISIS members all have American accents when they speak Arabic!

ISIS people, as seen in the media, are Americans speaking in Arabic. ISIS are not Arabs, they are Americans. Don't believe me, go ask a native Arabic speaker to identify the region of ISIS by their accent.

As Americans, we would not recognize any regional accent of anyone portrayed as an Arab at all as it all sounds so, well, foreign. It appears ISIS is a nice little piece of theater.

In addition, it has been said by me more than once but bears repeating, Al-Quaida, ISIS, DASH or what ever Muslim terror group you would like is completely missing from the daily lives of dozens and dozens of Arabs I have queried both here in America and back home. "Ever heard of a neighbor joining ISIS, or someone you knew from school?" "Are mothers afraid their kids will join ISIS?" "Do you know anyone who got injured by ISIS?" No, no and no, respectively, are always the responses. Just like you and I have no idea how to contact or meet up with ISIS, where they are, or who they are, neither do Arabs. ISIS is not a discussion in any Arabs lives, except for when the mediasphere has stories about it. Fear from terror groups, either from getting attacked or children joining up, is non-existent in daily lives of Arabs.

Six degrees of separation dictates that someone would have some real contact with ISIS if ISIS were a real Arab-born terror group. Arabs know as much as Americans about ISIS only because we all watch the same stories in the nightly news that make up the global motion picture stage show. Arabs are also wondering who the hell is ISIS and where did they come from.
Top

Very eye opening info, Kham, about the accents being American. And you are right, everyday Americans are not going to be able to distinguish real Arabic from an actor speaking it.

I find these stories hilarious. I think interest in ISIS may be waning, so bring on the pretty girl - the one woman killing machine. Kills more ISIS actors than the strongest spy agencies in the world can. http://www.thegatewaypundit.com/2017/02 ... eo-photos/

Prepare for a jolly laugh!

The hilariously named 'United Cyber Caliphate' promises to release a kill list of 8,786 names and addresses of politicians, celebrities, religious leaders and muslims who have spoken out against ISIS.

https://www.thesun.co.uk/news/3240665/p ... argets-uk/
(It actually looks like a prank, but one can hardly tell the difference anymore)
Top

Flabbergasted » April 3rd, 2017, 9:56 am wrote: (It actually looks like a prank, but one can hardly tell the difference anymore)

I think you've identified an offshoot of Poe's Law:

"Poe's law is an adage that states that, without a clear indicator of the author's intent, it is impossible to create a parody of extreme views so obviously exaggerated that it cannot be mistaken by some readers or viewers as a sincere expression of the parodied views."