Discussing the most relevant "sequels" or "reminders" of 9/11. The so-called "War On Terror" is a global scam finalized to manipulate this world's population with crass fear-mongering tactics designed to scare you shitless.
Post Reply
First unread post • 5 posts • Page 1 of 1

Anyway the synopsis on this one is that a man by the name of Emanuel Kidega Samson, apparently drove to Burnette Chapel Church of Christ during worshiping hours, hopped out of the car, left it running, ran into church with TWO pistols like Max Payne and opened fire on the group church goers. He killed one woman and injured others, but get this, during the shooting he got into some sort of altercation with one of the members named Robert Caleb Engle and when Emanuel pistol whipped him, HE ACCIDENTALLY SHOT HIMSELF

and while the gunman was there lying in pain (I guess) Emanuel went out to his car to get his own gun and goes back to hold the guy at bay until police arrived.

Oddities with the videos, story, and shooter

- No motive for the shooter, in fact, he used to attend the church apparently

- Why would someone go in with TWO pistols? It's completely counter-intuitive. Your reloading time would be SIGNIFICANTLY lengthened and leave you open to being interrupted and stopped, not to mention you wouldn't be able to aim.

-When Emmanuel was confronted by Robert, why did he "pistol whip" him instead of just freaking shooting him? Clearly he still had at least a round left seeing as how he shot himself in the chest (somehow) when he did it. Emanuel was obviously there to kill people.

- The "witness" statement from the lady in the teal dress made no sense. She said the gunman ran from the parking lot(?) while shooting.....at something? Nobody would be outside during service.

- Conflicting reports of what the gunman was wearing. Some news sources say he was wearing a clown mask while others including the investigators say he wore something akin to a ski mask.

-Photos of the shooter look....strange, like they've been doctored. His shoulder width seem to change with various photos and his face has a "pasted on" look in others. 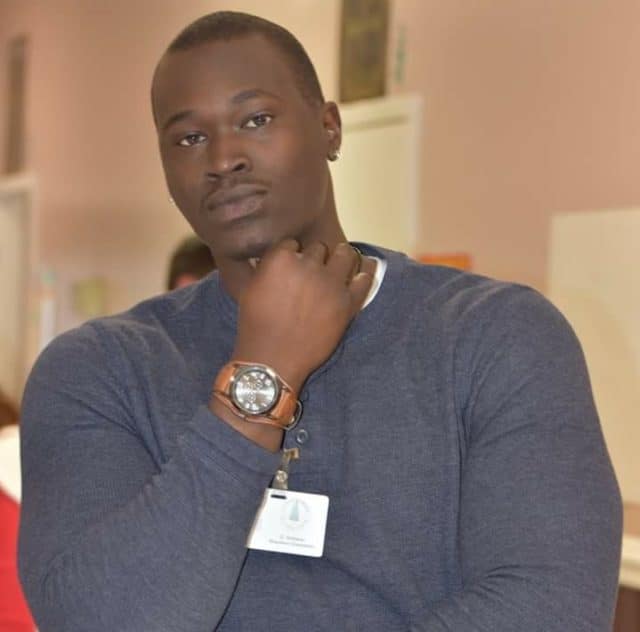 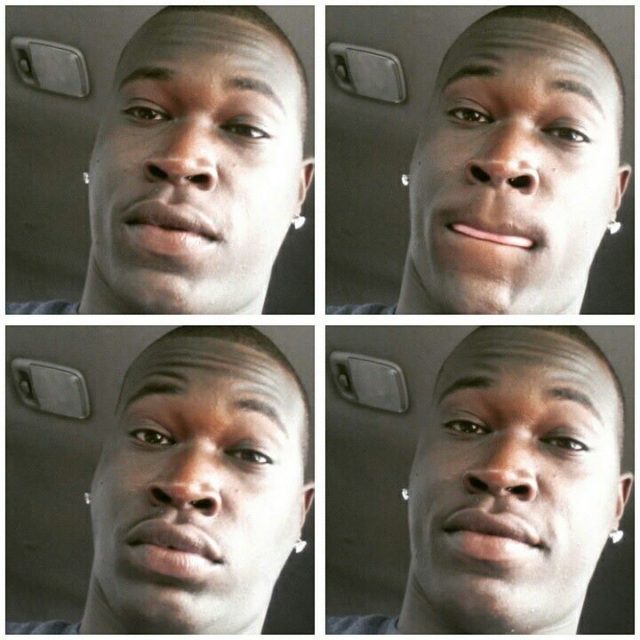 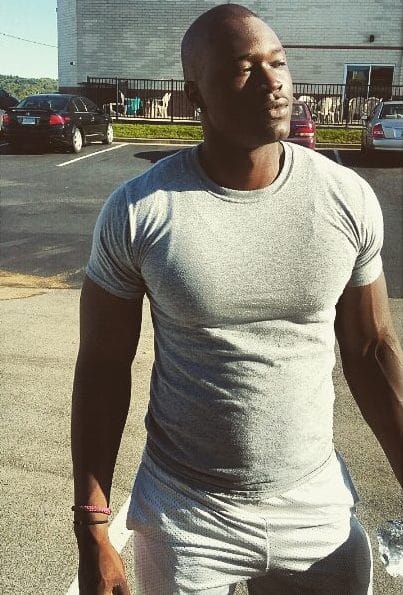 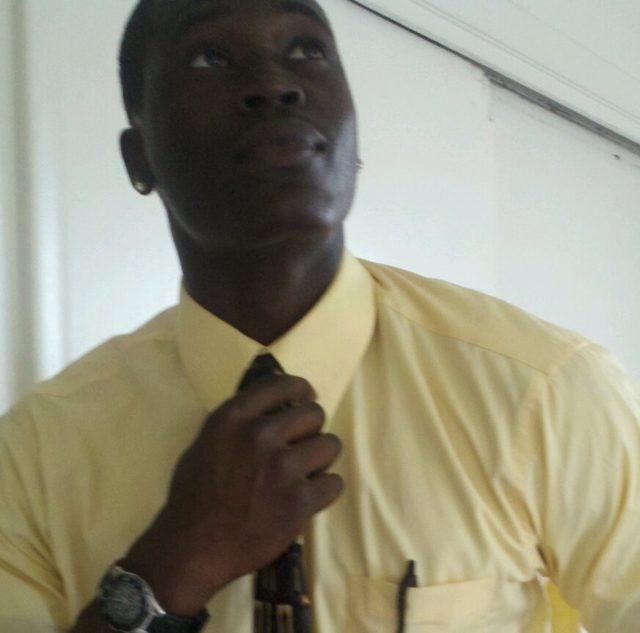 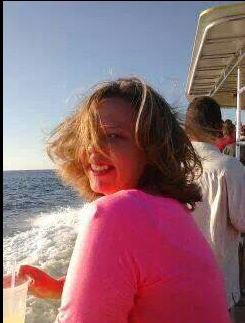 Cryptic posts by the shooter before the incident 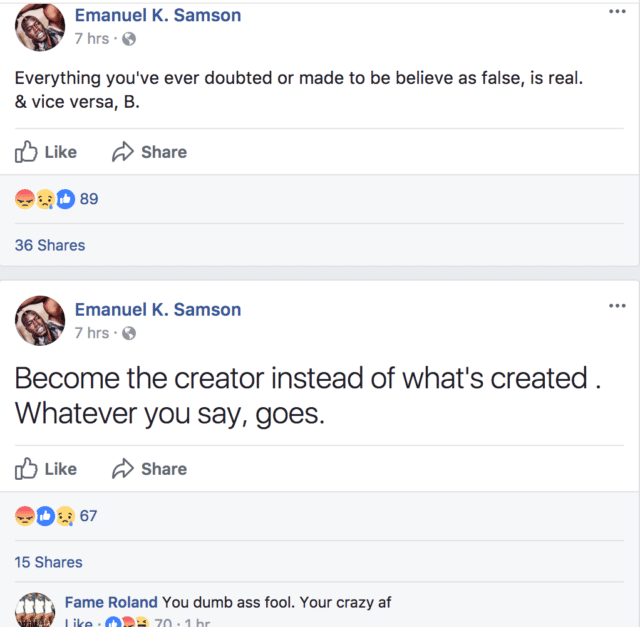 It all seems fishy to me, what do you guys think?
Top

Yeah, weird pics for Emanuel. And is the racially charged name of the cyclops "Crow" a coincidence? The references to "fake" and "real" just happenstance in the logic of a simmad?

I want to add something to the ongoing narrative of these PsyOps that I hope you don't find too much of a distraction. If it is, feel free to section this off to the CHATBOX or DERAILING ROOM.

Simulation technology has been progressing over the last 16 years to the point where the threshold of the simulation has blurred. It is logical, therefore, to assume that major lighting and rendering issues on CGI bodies that appear in the media have also been reduced. On TV you can make one person into another "LIVE" using a CGI model with a virtual skeletal structure or puppet that gets input from software reading the facial expressions of the target with a simple camera. You can turn a real Asian woman into a Black man or anyone else she wants and they have a puppet for. Eventually, I suppose they will develop a simple algorithm to randomly generate faces and bodies for a "spontaneously generated sim" that fits into their story as just another CGI model in the virtual cast of characters they have been trying to "glue" to humanity with the soap of 9/11, Google Keyhole, Facebook, etc. Vicsim family names registered in and engraved into history to be used or suicided in future PsyOps in perpetuity. How long has this been going on? How many family names are connected to fake family trees? How many family names are completely invented whole cloth? (Witty answer: all of them! But the drift is that some "branches" of history continue a documentation of real people and others are simply sketched in from imagination.)

It is also logical to assume that signatures will still appear on stories to help those on the perps' side know what they are not sharp enough (or too lazy to bother) to see. That is to say the appearing/disappearing moles on CGI faces, the odd neck lines, and other anomalies of news with mostly fictional characters/personalities might remain for those who need to be "in the know" but who don't understand the technology, but they may also change this visual "code" and I would just like to remind us to keep a look out for things we recognize as the language of the psychopaths. But I would discourage us from continually focusing on "funny" points whenever they fail to convince. What we see as overwhelming evidence appears to the brainwashed as OCD.

I would also like to emphasize that we shouldn't try too hard or stress out about it, since the threshold of the simulation has now fully enveloped the news.

What I mean by that is I would expect that the next step for the perps to cover their tracks into the virtual base would be an increased level of "weird" artifacts on imagery doctored from real photography. The military has apparently conceded they cannot stop all doubt about fake events. Ever since they had that goal (and it may have been earlier than we suspected) their mission will be to make the determination of doubt no longer viable as a method of ascertaining methods.

Our strength is still with us: merely seeding doubt is enough. We do not need to divide ourselves over our personal "methods" researches (Was it blue screen or rear projection? Was it wires or string or floating? Was it a CGI puppet with MoCap or fully CGI character? Was it filmed in a barracks or in an airplane hangar?) though these may be useful for each of us to continue our own personal working theories as we "peer review" them together here and elsewhere (and hopefully in person with people in our individual communities). When people uncovered methods of the Apollo hoaxes, 9/11 compositing and so forth, it was damaging to their PR as a benevolent force of a deserving super class. For those of us who have been looking at fakery for some time, we have grown accustomed to the apparent evolution of the tools but the average person has not caught up. We must beware of becoming self-proclaimed experts and always share a spirit of "open source" critique.

This, I think, is the reason for PsyOps increasingly borrowing our language. It is an attempt to introduce confusion and annoyance (and therefore fear of social stratification) with the subject of doubt. They hope to privatize and "brand" doubt. They hope to catch up to and somehow undo their own stupidity and failures by using old methods of control. It will never win. They are trying to save a greased block of tofu with a buttered rubber fist, and it has already bounced on the pavement, cracked, and collected grime and grit. We are watching a deception machine undo itself like some grand dadaist experiment in self destructing. All we really have to do is watch it and calmly point to the irrationality of their mania. We should focus on their irrationality and be wise to their methods of "divide and conquer" and "problem, reaction, solution" at the same time because one hand is busy causing a commotion and drama while the other hand softly, quietly tries to make deals and figure out how to pacify and distract and seduce.

I say this because the method of the PsyOps to include language like "everything you [...] believe" or "fake news" or other ways of trying to control the narrative only adds to the defeat of the efficacy of their previous PR. We should be proud that they have become so desperate and pathetic. It is bound to awaken more people, unless they do one thing: stop producing it.

If we keep getting the vicsims and family members to summarize the moral for us, it would seem they are now trying to tell their captive audience that there is "no understanding them". Perhaps it is wishful thinking. A simple little speculation: they know they are evil and they strive to be evil, but they fear being known and discovered about it; hence, they are simply trying to ask us to stop cornering them. They have cornered themselves.

Unfortunately for the hopelessly addicted to drama, their strength is also simple: bombast, entertainment, horror, visual domination, walls of tears and the glittering technological gap. The same old same old. As long as this keeps sucking credibility vampire-style, they will have their soap opera viewing numbers.
Top

Regarding the simulation technology and CGI, I know firsthand how "amazing" (depending on context of use) and convincingly real CGI can look since I myself have some experience with working 3D models and lighting in Blender (Software program). It's almost surreal at how good we've become at mimicking reality, well at least the visuals of reality.

There's so many things you can do when you have control of creating an environment, like adding things that solidify a narrative you're trying to tell or provoking the desired emotions out of your target audience.

You've probably heard about or seen this before but there's this app that people can download on their phones and they take a picture of themselves, then the app edits your face to age, changes gender, and even changes racial looks, in mere seconds.

It's sickening knowing what this could and probably is being used for.

This next statement probably belongs in the CHATBOX but sometimes I get pretty sad and downright discouraged when I see a lot of my rather intelligent friends in this "pseudo-aware" mode that they've been persuaded into by gatekeepers agents like Alex Jones, Mark Dice, Stefan Molyneux and various others that reel others in by sprinkling tidbits truth and stirring it in with a whole lotta BS that polarizes them from other people, like blaming EVERYTHING on Jews but they support the official 9/11 narrative or joining contrived movements like the "Alt-Right", "Antifa" or "Black lives matter". The worst thing is, they just don't see it, no matter how much I talk to them and try to correct their ways and convince them they're being used like pawns on a chess board. If they happen to align with left leaning politics, they'll call me a "racist", "uncle tom", or just a plain old "conspiracy theorist". If they align more with the right, they call me "goy", "Israel lover", "race mixer" or some other dumb stuff that they happen to hate.

I'm still pretty young, (18) but I fear soon I'll just become more and more nihilistic and indifferent to the world as I age. Seeing how most of the cluesforum members are older than me and have much more life experience, I have to ask, how do you guys deal with this sort of dilemma if you happen to have friends or relatives like this?
Top

I fear soon I'll just become more and more nihilistic and indifferent to the world as I age.

That's entirely up to you.
Top

I fear soon I'll just become more and more nihilistic and indifferent to the world as I age.

That's entirely up to you.