Is Hillary Clinton being faked?

Anything on the news and elsewhere in the media with evidence of digital manipulation, bogus story-lines and propaganda
Post Reply
First unread post • 30 posts

Is Hillary Clinton being faked?

I discovered this gem from The Truthseeker site this morning. It comes from Jim Stone,

I do not have the time to look into this myself at the moment, so I am just throwing it out there.

I've read a few different perspectives and watched a few videos on this and I think the entire story is fabricated to bring up the CGI question. If we're to believe the cameras are showing an empty room, then what does that say about the people holding these phones?
What I have noticed, lately, in articles about Hillary, is that they have been using the acronym "CGI" (Clinton Global Initiative - what a coincidence

On 9/11 we were shown Hillary Clinton "collapsing". This video was the cover of Drudge Report 9/12/16. The video supposedly shows us two views of this event. My eyes might be playing tricks on me but these views look reversed. If this was real I wonder how it was filmed this way? 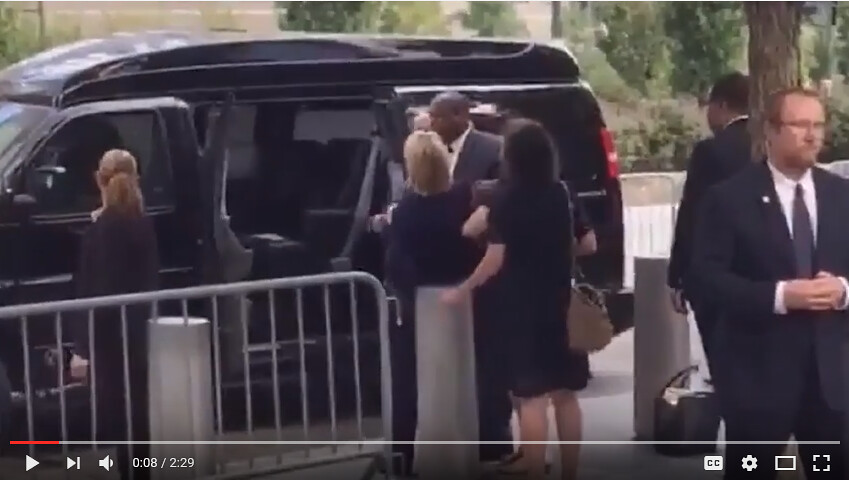 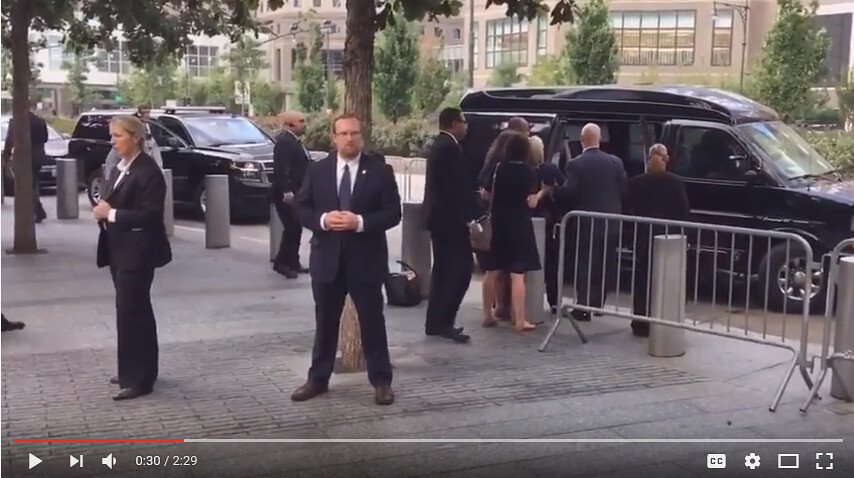 Nothing is jumping out at me as completely unreal, but it's totally reasonable to assume a mild inspection would result in some revelation that it's pre-scripted, pre-filmed, etc. etc. as usual. They would want to create and enhance division on one of the most divisive days of the year (besides Christmas — ha!).

Anyhow, can you explain anything that feels especially wrong about it?

It's such a weird event, in any case.

hoi.polloi » September 12th, 2016, 12:10 pm wrote:Nothing is jumping out at me as completely unreal, but it's totally reasonable to assume a mild inspection would result in some revelation that it's pre-scripted, pre-filmed, etc. etc. as usual. They would want to create and enhance division on one of the most divisive days of the year (besides Christmas — ha!).

Anyhow, can you explain anything that feels especially wrong about it?

It's such a weird event, in any case.

I think what "jumps" out during the unexpected (and tragic

) COLLAPSE is the strangeness of the mirrored images between the two videos.

The van is pointed opposite directions, and even the pin on the security guard is on the other side of his suit.

Other than that and the obvious staging (of the EPISODE) everything looks normal.
Top

Not saying that isn't a lot of weird work to put into it. It's not like many cameras have a handy "mirror image" option that people would want to turn on. Seems like something most likely to be done in post-production. Which is itself weird. Like the recent "shooting" where the girlfriend just calmly watches her boyfriend "die".

But when we flip one, do we end up with the staging of the other in terms of where everyone is, etc.? Or is it a recomposition? Looks like simple mirroring. Flipping. The pin is most commonly on a jacket's left, no? So the top one is the mirror.

I am wondering because I am thinking that the "mirrored version of same propaganda before release" thing has some kind of strategy to it (besides the usual confusion) ... something like masking computer effects or perhaps even making a "normal" event look even weirder to get our goat. To have us expect weirdness and/or falsely cry "fake" so that even random things continue to appear to be orchestrated.
Top

I'm no expert in filming and what all is possible. It just caught me that this was being presented as a "new angle" of her collapsing. Not knowing how good this filming technology is I suspect this was created with software and may not have been a real event. It concerns me that it is probable that news like this can just be created using some advanced software. How are we to know if Hillary gets elected if it is ever her at the podium? Any glitches they show could be accounted for as Hillary's health problems. I have also noticed that she is having different hair styles and looks recently. There is lots of room to exercise the software fakery. 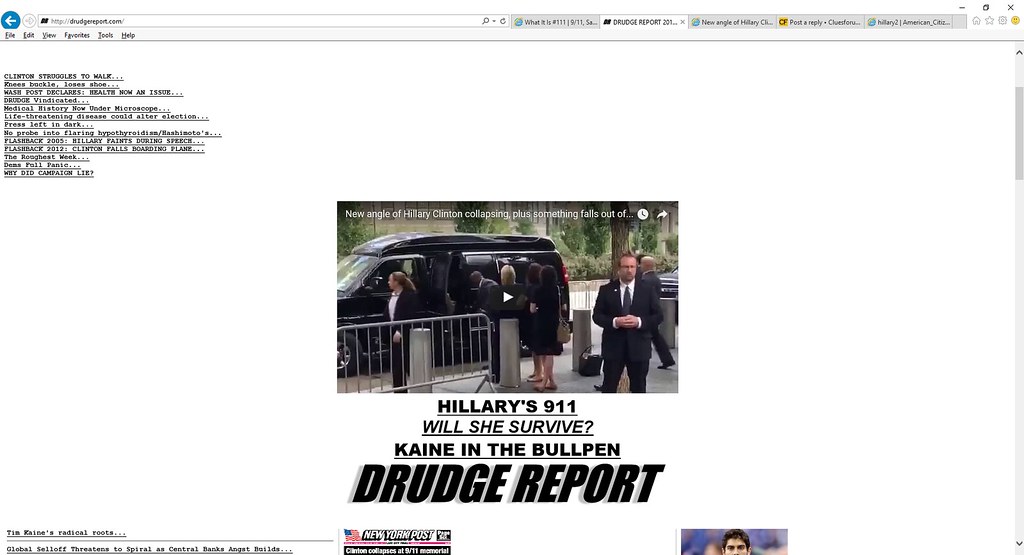 Good points. It raises a lot of questions. Thanks for being on top of it and keeping the discussion in the public eye.

We do have subtle distinctions to make, as people as experienced as we are, but we definitely have to keep pushing the topics to the front as you're doing. I appreciate it. It is important that people are not "taken away" with absolutely false lies from and about the so-called government.
Top

Riddle me this. In the first shot of the Collapse of Hillary 9/11 (ah, the irony) the guard rail is on the left and the black bag is on the right of HRC. In the second shot (17 second mark) its the other way around.﻿

Also, the added clinking sound of something falling form her leg - we would not hear that surely? Are we being had? Are we being taken for a ride?

Isn't it simply a mirror-image of the first Hillary footage? I see no reason to believe she is not genuinely on the verge of death, though I am certainly open to having my opinion changed (I doubt I could care less). It is definitely a bit strange that she would suddenly collapse due to "heat" at ground zero on the 15th anniversary of 9/11.

And maybe's it's just me, but is septemberclues.info down right now? Perhaps it has gotten a bit too much coverage in the past few days?
Top

There is also the matter of her subsequent appearance outside of Chelsea's apartment 90 minutes later which is being declared that of a body double by many people. Or maybe she just lost 50 lbs while popping in to see the grandchildren while alleged to be suffering pneumonia.

And isn't it at that point, coming out of her daughter's house that HC went "...it's a beautiful day in New York!" whilst smiling broadly...what a strange comment/demeanour on such a 'sad' anniversary.
Top

There is more information on her body double and the strange reports that she died here. I am pretty well convinced of the use of the double on 9/11.

I assume she is dead. There is no way that that was Hillary leaving Chelsea's apartment building. She looked at least ten years younger. Where were her handlers and medical team?

I wonder how long they'll try to keep this going. Will they continue the Hillary campaign with a replacement (reminiscent of the 1993 film "Dave")? They can't backtrack now...
Top

Either dead or incapacitated. Her campaign will be a remake of the Weekend at Bernies movie from here on in. Lots of sunglasses and waving from a distance along with computer generated phone interviews and a cancellation of the debates. As political campaigns are business as usual and a charade virtually all of the time I really hope things have gotten beyond control and something unplanned will force itself into the game.