patrix » April 13th, 2018, 9:23 am wrote:Exellent video tanertan. Goosebumps at the end. Twisted Sister was a favorite when I was a teen rebel. And now I'm an adult rebel :-)

*
An Italian musician friend of mine posted this thoughtful work of art on facebook today: "FEAR NOT TO KEEP YOUR MIND OPEN: YOUR BRAIN WON'T FALL OUT."


I think it was Frank Zappa who most wisely once said: "The mind is like a parachute, it only works when it's open". 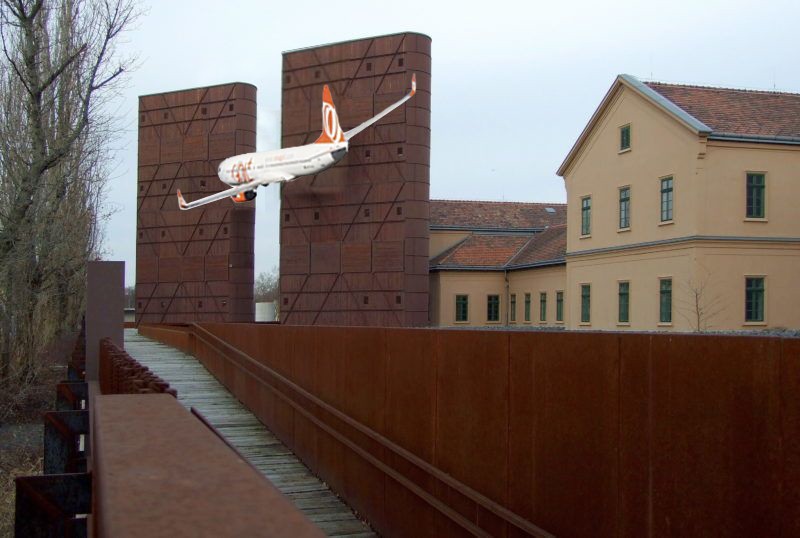 Excellent. (You must be a serious expert in “art-cornerism”:--)
Their (the terrorists’) weapon turned against themselves...

It can be so only as concerning the article, - but actually and as a matter of fact, the railway and railway transportation seems rather which contains here the “associative field” with the holo, the facility having been a railway station, a minor terminal (made only recently unfunctional).

The buildings are all typically that which can still be seen everywhere, here and throughout all the neighbouring countries, along the railway, - and of course in all the holo documentaries and even in the major conc. camps.

This seems the main reason for their choice of place.
Top

simonshack » February 14th, 2019, 3:28 pm wrote:*
An Italian musician friend of mine posted this thoughtful work of art on facebook today:

"FEAR NOT TO KEEP YOUR MIND OPEN: YOUR BRAIN WON'T FALL OUT."


I think it was Frank Zappa who most wisely once said: "The mind is like a parachute, it only works when it's open".

Though it is against me to agree with a Frank Zappa but the saying or simile seems implicitly contain that for a parachute before it could work it is needed very much to be packed with extreme care. Only what is definitely closed can be opened.

Let me cite, here in the Art Corner, a tale of Hindu style as a kind of demonstration of what I have in mind or at least touching it.

[There lived once, in former times, a woman] whose husband once went upon a journey and never returned. And year followed year, and still he never came. And every day in all those years she was pestered by suitors, that, attracted like bees by her beauty, came on ever more keenly the more she drove them away. Then one night she took a lamp, and filled it with oil, and a wick, and went down to the bank of Ganges, saying to herself: I will light it, and set it afloat upon the river. And the flame is the life of my husband. Therefore if it goes out, or sinks, I will also put an end to my life, since he will be dead. But if it floats, I will wait and endure, for I shall know that he will return. So she did. Now that night there was a high wind, which blew furiously; and the waves of Ganges were like those of the sea. But notwithstanding, she lit her lamp, and pushed it out upon the river: for her faith [1] was very strong. And at that moment the Sky, with all its myriad stars for eyes, was looking down at her. And when it saw her little lamp, it laughed in scorn: and said: See what a miserable taper yonder poor mortal woman calls a lamp! But Maheshwara heard the brag. And suddenly, by his power, he created a calm. Then the waves of Ganges sank to sleep, and on her [2] still bosom floated the little lamp, with a flame that never wavered: and in the silent mirror of her waters appeared another sky and other stars, in mimicry of those above. Then said the kindly God: Sky, seest thou yonder sky with all its stars below? And the Sky answered: Aye: but that sky with its stars is but an illusion. And Maheshwara laughed. And he said: Thou foolish Sky, know, that thou art thyself, with all thy stars, no less an illusion than is that other sky below. The sole reality of all is yonder little lamp, that floats midway, poised between the infinity above and that below. For it embodies the good quality [3] of a faithful wife. So the lamp floated on, till it went out of sight; and thereafter that woman regained her husband, by the favour of the God.

[1] The reader unacquainted with Hindoo literature may possibly see in this a Christian idea; but it is not so: or rather it is far more Indian than Christian: and the original bhakti is stronger and far more intense in its meaning than our faith.
[2] Because Gangá is a woman.
[3] Goodness, or sattwa (the noun, of which satí, a word familiar to all English readers in connection with widow burning, is the adjective) is one of the three great Qualities: Passion and Darkness being the other two. Sattwa alone is real: that which is (sat). But the play on wife and goodness cannot be rendered in English.

Here is a link to a short story I wrote today with conspiracy theory as it's theme.

It's under 1000 words so a quick read. Maybe someone will enjoy it.

Excellent story dblitz. Well done! An hypothesis worth testing is often easier to explain as a fictional story.
Top

Awsome, thanks guys, means a lot as I really value your opinions and it inspires me to keep creating. Stay sharp.
Top
Post Reply
400 posts