Historical insights & thoughts about the world we live in - and the social conditioning exerted upon us by past and current propaganda.
Post Reply
First unread post • 6 posts • Page 1 of 1

Guys, you are up for a surprise: Bin Laden was just a late copycat!

On September 29th, 1988, in an attempt to kill president (and big-time mafioso) José Sarney, the unemployed construction worker Raimundo Nonato Alves da Conceição (28) committed an act of suicidal revenge by attempting to fly a hijacked Boeing 737-300 into the presidential palace, which is contiguous with the twin towers housing the Brazilian Congress and Senate. 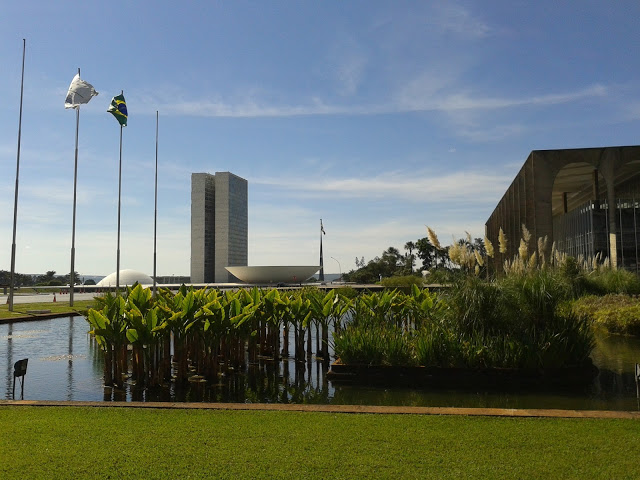 Raimundo Nonato attributed the economic crisis in Brazil (inflation was 933% in 1988) to the poor performance of president Sarney and wanted to get even. Carrying a revolver caliber .32, he bought a ticket to Rio and boarded Vasp flight 375 in Belo Horizonte. Airports had no metal detectors back then.

The plane took off at 10:42 am with 105 passengers and 8 crew. Twenty minutes later, Raimundo Nonato drew his revolver and approached the cockpit. Co-pilot Ronaldo Dias tried to stop him but was injured in the ear by a gun shot. Firing another five shots at the door, one of which wounded co-piloto Gilberto Renher in the leg, Raimundo Nonato forced his way into the cockpit. He reloaded the gun and informed the crew he was hijacking the plane.

Captain Fernando Murilo Lima e Silva (41) managed to send a “code 7700” (or 7500?) message on the transponder, making air traffic controllers aware of the hijacking. However, when copilot Salvador Evangelista stooped to pick up the microphone he was fatally shot in the back of the head.

Mirage III jets were scrambled at the Anápolis airbase. The president canceled his appointments for the day.

The captain told the hijacker the target would be enveloped in clouds, making it impossible to hit it, and that the plane was low on fuel. Since Raimundo Nonato wouldn´t give up his suicidal plan, the captain decided to perform a daring barrel roll to take the hijacker by surprise. This maneuver had never before been perfomed with a Boeing 737! The trick didn´t work. Then the captain tried a corkscrew downward spin. 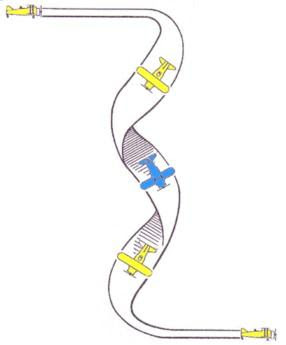 The plane was out of fuel and the authorities had lost hope of a happy landing, but Captain Murilo managed to land safely in Goiânia. Now the hijacker started negotiating for a small plane (a Bandeirante) in which to make his escape. However, when Raimundo Nonato disembarked, using Captain Murilo as a shield, he was shot three times in the hip by snipers. 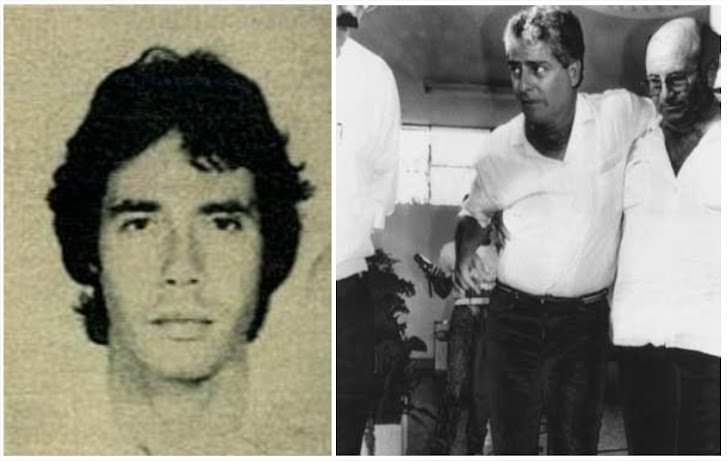 The Federal Police concluded Raimundo Nonato had acted alone, without accomplices. A few days later, he died in the hospital. Rumors had it he had been given a lethal injection. The renowned coroner Fortunato Badan Palhares was brought in to confirm sickle-cell anemia as the cause of death, but the other doctors refused to sign the report (http://pt.wikipedia.org/wiki/Fortunato_Badan_Palhares).

News report of the event:

So there, who says you can´t perform daredevil maneuvers with a commercial airliner?

What is this obsession with twin towers and twin pillars?
Non plus ultra. Oh yes, you bet we can! Look!
And a new era begins ...
Top

1. Coroner Badan Palhares is quite a celebrity. According to the blog “Cultura Aeronáutica”, he is also the most polemic Brazilian coroner. 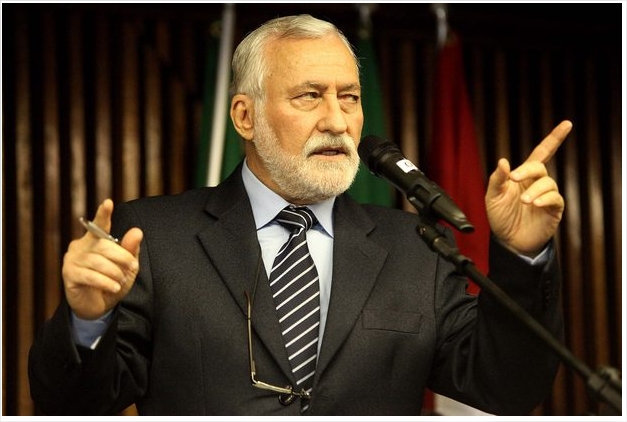 He participated in the investigation of the murder of Paulo César Farias, treasurer of the 1989 presidential campaign of Fernando Collor de Mello (who succeeded José Sarney and was later impeached), and his unfortunate escort Suzana Marcolino. Palhares concluded the girl had shot P. C., then committed suicide. If you look at P. C.´s CV, he didn´t exactly lack death wishers. In any case, his fame as “mastermind of corruption schemes” was probably a wild exaggeration to conceal the real sharks in power.
http://en.wikipedia.org/wiki/Paulo_Cesar_Farias (English)

Palhares also examined the alleged corpse of bogeyman Josef Mengele, but his report was inconclusive. The international nazi hunting party was not happy with this and had another forensic report published confirming the identity of Mengele.

Many of Palhares´ forensic reports are considered controversial. This has put into circulation a number of jokes attributing to Palhares the forensic examination of the corpses of Bin Laden and the Roswell alien.

2. On July 24th 2011, Wendy Fernandes Evangelista, daughter the copilot who was allegedly killed by Raimundo Nonato, the hijacker of Vasp flight 375, was awarded damages in the amount of approximately USD 120,000 from Infraero (Brazilian Airport Authority) for negligence regarding the inspection of Raimundo Nonato´s baggage. 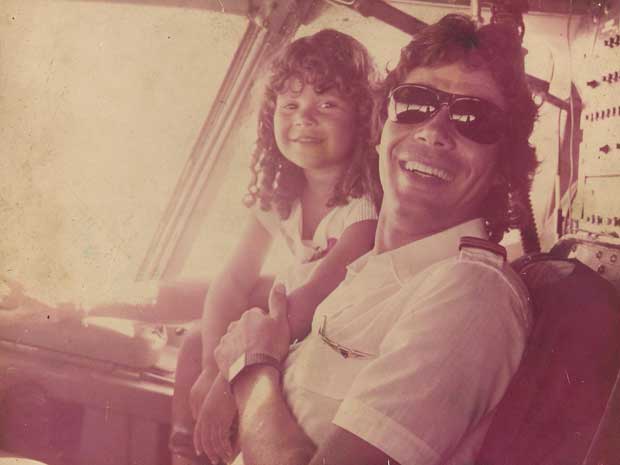 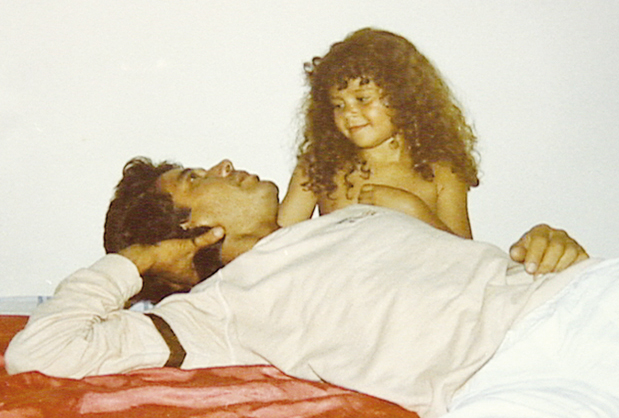 3. Nine months after the Brazilian would-have-been 911, on May 30th 1989, the government building in Brasília became the target of another terrorist attack. As a form of political protest, a drunken unemployed bus driver, João Antônio Gomes (36), stole a bus and rammed it into the government palace. There is surprisingly little information on the internet about this incident, and I can´t find any photographs of the bus or of the “terrorist”. There is, however, a short video on youtube:

I have no idea which parts of the story are true. For the time being, I am just translating and comparing the versions found on the net.
Top

The guy's head looks fake. Photoshopped that is. His head is in mid-air, supported only by his fingers. He is looking up to nowhere with a cute little girl smiling at a non responsive father who is not returning her cute smile.
Top

The guy's head looks fake. Photoshopped that is. His head is in mid-air, supported only by his fingers. He is looking up to nowhere with a cute little girl smiling at a non responsive father who is not returning her cute smile. Honesty, justice, natural law, is usually a very plain and simple matter, easily understood by common minds. Those who desire to know what it is, in any particular case, seldom have to go far to find it.
Lysander Spooner (1882)
Top

Flabbergasted wrote: On September 29th, 1988, in an attempt to kill president (and big-time mafioso) José Sarney, the unemployed construction worker Raimundo Nonato Alves da Conceição (28) committed an act of suicidal revenge by attempting to fly a hijacked Boeing 737-300 into the presidential palace, which is contiguous with the twin towers housing the Brazilian Congress and Senate.

Nonato means "not born". And while it's a typical name, might as well be a hint here

Raimundo received the nickname of Nonato ("not born") because it was extracted from the womb of his mother, already dead before giving birth to him, that is, he was not born of a living mother, but was removed from his womb, something very rare to the time. That is why he is celebrated on August 31st as the patron of midwives and obstetricians.