Historical insights & thoughts about the world we live in - and the social conditioning exerted upon us by past and current propaganda.
Post Reply
First unread post • 49 posts

Flabbergasted » November 7th, 2019, 12:55 pm wrote:Promoting the agenda of "the Alliance of World Scientists", Mr. Ripple and colleagues just published an article in Bioscience (Oxford) which "tells it like it is":
If 11,000 scientists say it, it must be true, right?

Golly Miss Molly. If Oxford says it it must be so. I will sleep better tonight knowing that so many of them have my back covered. Thank You Mr. Ripple or is it Ripley ? 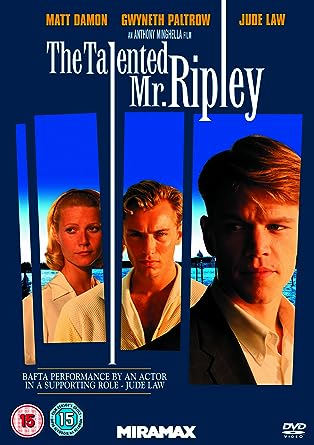 The lord, thy g-d, commandeth thee to “Haman” the Don…

Trump is a Fraud


…and pay tribute to your king with a green new spiel.

Save the World, Do It Together

ICfreely wrote: ↑
Mon Nov 30, 2015 7:44 am
It should come as no surprise that the Rothschilds are knee deep in the AGW scam. A few years ago they acquired a controlling interest in the world’s leading provider of interactive weather graphics and data services.


Even the Rothschilds Are Weather Obsessed
January 31, 2011
By SHIRA OVIDE


David Mayer de Rothschild has apparently been tasked with advancing this sector of his family’s fraud. Here’s a clip of Dave using NASA fakery to convert the masses to the ‘green religion.’

1:08
So in 1963 he [Buckminster Fuller] basically described our planet as ‘Spaceship Earth’…It was five years before that incredible image of our planet [?] earthrise, when the guys [?] Apollo mission going out to the moon were suddenly like, ‘Oh what’s back there? Oh shit there’s Earth.’ Right? And it became one of the most amazing images that we’ve seen. Fifty years ago! And he, he came up with this phrase (‘Spaceship Earth’), he coined it, but he also said we’re not going to be able to live on this Earth (or this spaceship), not for much longer. Fifty years ago! Unless we see our fate is common. It has to be everybody or nobody. Fifty years ago!

And on one side, it’s scary as shit [

] because you look at it and you’re like, ‘that’s us! We really are a spaceship. There’s no escape.’ And on the other side is inspiring and amazing that we, as humans, have understood and created the capacity to do that. It shows you the, you know, combined intelligence that we can create amazing things if we work together.
https://www.youtube.com/watch?v=RZT0R7uGEe4


Alex’s over-the-top clownish tirade is meant to discredit legit skeptics thereby lending credence to Dave’s nonsense. He also cites NASA in his arguments against Dave so that pretty much says it all. With regards to Buckminster Fuller:

"For the first time in history it is now possible to take care of everybody at a higher standard of living than any have ever known. Only ten years agao [sic] the 'more with less' technology reached the point where this could be done. All humanity now has the option of becoming enduringly successful." - Buckminster Fuller, 1980.

R. Buckminster Fuller, known by his friends as "Bucky", has undeniably been one of the key innovators in the 20th century. He is known as a philosopher, thinker, visionary, inventor, architect, engineer, mathematician, poet, cosmologist, and more.

Buckminster Fuller was probably one of the first futurists and global thinkers. He is the one who coined the term "Spaceship Earth", and his work has inspired and paved the way for many who came after him.

This is the Dymaxion Map of the world, developed by Fuller as the first world projection to show the continents on a flat surface without visible distortion. Furthermore, this view shows the earth as being essentially one island in one ocean.

Bucky was the person most responsible for making Synergy a common term. Much of his work was about exploring and creating synergy. He found synergy to be a basic principle of all interactive systems. He developed a subject called Synergetics, a "Geometry of Thinking".

Fuller is the inventor of the Geodesic dome, and was a pioneer in utilizing basic geometical shapes in design.
A key goal for Buckminster Fuller was the development of what he called "Comprehensive Anticipatory Design Science", which is the attempt to anticipate and solve humanity's major problems by providing "more and more life support for everybody, with less and less resources."

Fuller routinely demonstrated his ideas in what he called "artifacts", tangible prototypes or models of designs and principles.
http://www.worldtrans.org/whole/bucky.html

The 18-story geodesic sphere at the head of Epcot theme park houses a ride that is also called Spaceship Earth, where guests experience a trip through time using the Omnimover system. The ride shows guests how advancements in human communication have helped to create the future one step at a time. The attraction involves a timeline from the origins of prehistoric man to the dawn of the 21st century, where guests can then create a future for themselves.

The structure was designed with the help of science fiction writer Ray Bradbury [of Star Trek fame], who also helped write the original storyline for the attraction.

The term 'Spaceship Earth' was coined by Buckminster Fuller, who also developed the structural mathematics of the geodesic dome.

The structure is similar in texture to the United States pavilion from Expo 67 in Montreal, but unlike that structure, Spaceship Earth is a complete sphere, supported on legs. The structure's exterior is comparable to that of a large golf ball. (below)

Sponsors
As with many WDW attractions, Spaceship Earth has had sponsors. All 3 have been communications companies, which fit the the 'communication and collaboration through time' theme of the ride. The first sponsor was Bell Systems (1982-1984), and then it changed to AT&T (1984-2004) with the break up off the 'Bell's' in the '80's, and Siemens AG (2005-present) picked up sponsorship. With each change of sponsor (plus once in 1994) the ride has been renovated, slightly updated, and received new narration and music.
http://www.disneyparkhistory.com/spaceship-earth.html

Have you ever dreamed of traveling through space? The prospects sound exciting to most people.
Amazingly, we are already traveling through space—but without being aware of it! Our planet can rightly be compared to a giant spacecraft carrying more than 6 billion people and billions more animals and plants. American scientist Buckminster Fuller coined the fitting term “Spaceship Earth” to describe our planet.

We are truly hurtling through space on this giant spacecraft called Earth—at the incredible speed of 66,600 miles per hour! This is far faster than man’s speediest aircraft. At the same time, this space vehicle is spinning at 1,000 miles per hour at the equator. Every year we complete an entire circuit around the sun—a journey of more than half a billion miles!

Yet perhaps the most amazing aspect of our voyage is that we don’t feel the trip at all. Certainly as we travel in a car at 50 miles per hour, we can sense the velocity and see the scenery go by. But the paradox is, once we get out of the car and sit down, everything on the ground seems at rest—yet we are still traveling at an incredible speed through space.
http://www.ucg.org/bible-study-tools/bo ... ship-earth

According to the United Church of ‘God,’ our God-given senses are not to be trusted. Its purported mission is to ‘preach the gospel of Jesus Christ and the Kingdom of God in all the world, make disciples in all nations and care for those disciples.’

Come to think of it, Dave and Jesus do share an uncanny resemblance:

Greta goes to Canada in an Elon Musk car. How dare you!?