Poisoning of Sergei and Yulia Skripal

This is the forum dedicated to all 'minor' local psyops - phony murders, kidnappings and whatnot. It has now become evident that the news media constantly feeds the public with entirely fake stories - in order to keep us in eternal fear of our next-door neighbours and fellow citizens.
Post Reply
First unread post • 9 posts • Page 1 of 1

Poisoning of Sergei and Yulia Skripal

The ongoing saga of the poisoning of Sergei and Yulia Skripal.

On 4 March 2018, Sergei Skripal, a former Russian military officer and double agent for the UK's intelligence services, and his daughter Yulia Skripal were poisoned in Salisbury, England, with a Novichok nerve agent, according to official UK sources and the Organisation for the Prohibition of Chemical Weapons (OPCW). After three weeks in a critical condition, Yulia regained consciousness and was able to speak. She was discharged on 9 April 2018. Sergei was also in a critical condition until he regained consciousness one month after the attack. He was discharged from hospital on 18 May 2018


Here are the two apparent suspects caught on CCTV.... 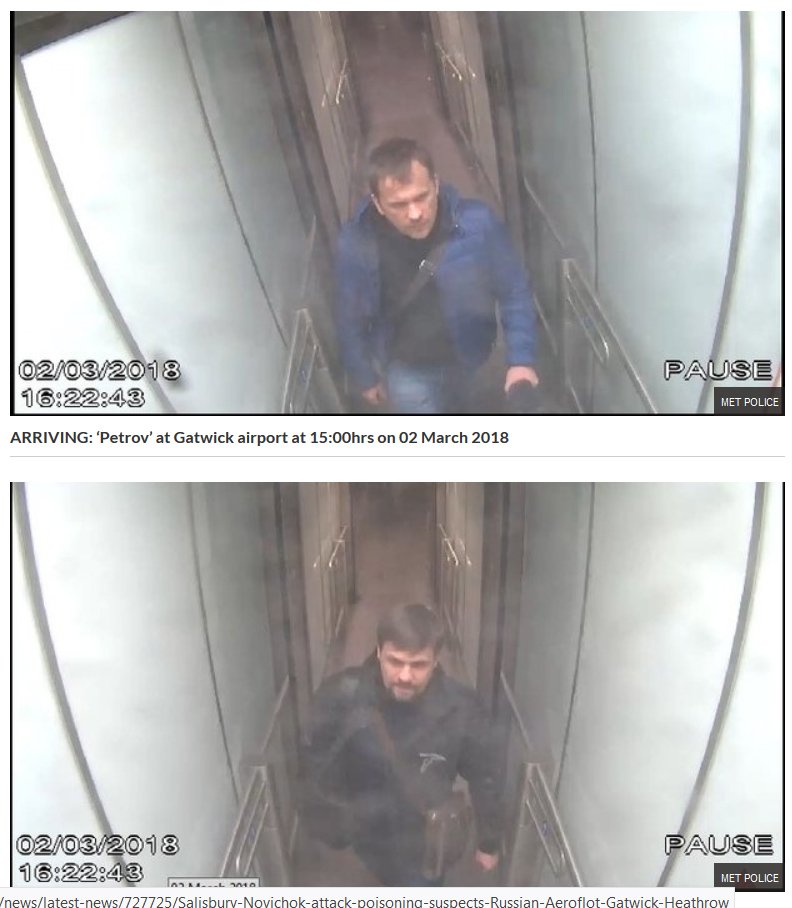 The men flew into Gatwick on March 2, two days before the attack on th Skripals in Salisbury (Image: AFP)

The two suspects were travelling on Russian passports under the names of Alexander Petrov and Ruslan Boshirov. Photograph: Metropolitan police 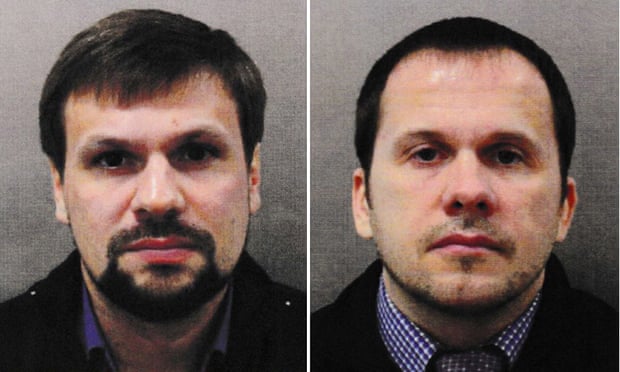 Below is a video grab taken from RT of Russian Nationals Ruslan Boshirov (left) and Alexander Petrov, the two suspects in the poisoning of an ex-Russian spy Sergei Skripal and his daughter Yulia [RT/PA]
21 hours Thursday September 13th 2018

Strange how Petrov's hairline differs in the airport photo to that of the last image in the video grab?
Top

Here's the full Skripal case interview with the UK's suspects below....

In my opinion the interview is deliberately made to look questionable.

kickstones » September 16th, 2018, 11:06 am wrote:
In my opinion the interview is deliberately made to look questionable.

Can you be more specific?

To me it seems they're selling the story that the two blokes are patsies who are gay and may have a lot else to hide.

I also think that if you had a strong opinion on the case before, it won't change your perspective. Everybody can find in it what they're subconsciously looking for. Pro-russians will pick that RT is an honest news outlet asking tough questions, the guys are innocent (tho gay and whatnot) and it's all an MI6 setup; pro-west folks pick they're lying FSB agents and RT tries to confuse the audience in a sleazy, inconspicuous way.

The whole thing reinforces the notion that Skripals HAVE indeed been poisoned and this was the point from the get go, no?

Or is there any reason to believe the poisoning actually took place?
Top

Its brilliant really to create these dramas and debates within the narrative.
Top

Can you be more specific?

Yes, of course, of late there as been a very much anti-Russia rhetoric being used by certain elements within the US and EU.

There are EU sanctions against Russia over Ukraine crisis.

There are issues regarding Syria and Russia v US and EU

So it crossed my mind that if the Russian scriptwriters knowing the whole episode was set up to further blacken Russia in the eyes of the public then why substantiate a narrative put out to blacken their name.

They (Russian scriptwriters) would have viewed official images and known they were cut and paste jobs. For example, notice the white line around the bodies of the two suspects in the official image below.

This makes it highly likely the suspects didn't exist.

However, knowing this Putin and co cannot claim the story is fake and the two suspects never existed, because all the UK scriptwriters would have to retort is that the two suspects went back to Russia and have been 'taken out' by Russian intelligence to keep them quiet.

So Putin and co have to come up with two suspects who vaguely resemble the images given out by the UK police if they are to question the official narrative in an interview.

(I'm no expert on recorded images, but maybe there are ways of editing facial stills on video to look like an intended person. That is to say the two suspect faces in the interview are cropped pixels pasted onto the stills. It is strange that throughout the interview you never see the interviewer and the suspects in the same shot, it's as if they are not in the same room.)

In my opinion they could easily have come up with a more plausible script than what was put out by RT, but no they concur an interview so implausible that the majority Russian viewers would probably have laughed at, however at the same time they did put it to the UK scriptwriters to explain how the two images at the airport, taken at the exact same time, did not feature them together or nearby, a question many have asked.

At the end of the day, having reflected on the issue, I have formulated the viewpoint that the Russians were 'taking the piss', as they say in the UK, and at the same time raising an awkward issue within the narrative.
Top

aa5 » September 20th, 2018, 9:03 am wrote:Its brilliant really to create these dramas and debates within the narrative.

Detectives probing the recent nerve agent scare in Salisbury are likely to consider if it was the result of a HOAX, it has been reported.

And the BS continues.

Notice how Zero Hedge changed the headline from the original site which posted the story.

The Incredible Case of Boshirov and Petrov’s Visas

The Incredible Case Of The Skripal 'Patsies' Visas

Would this change be to veer people away from the notion the suspects did not exist in the first place, instead they existed, but were there to sell / pick up drugs?

I ask this question because this is the viewpoint (that they were patsies) taken by many observers in comments section covering the story.
Top

I don't want to waste too much time analysing this BS script being put out so I used information from the site in the previous post, that of Craig Murray. I am not saying he is any way legit, but he is highly critical of the UK government / BBC and MSM media and as such taken a vested interest in this story.

In the latest twist to the story the mainstream media have put out this story.....

One of the two suspects in the Salisbury novichok poisoning has been identified as a highly decorated officer in Russia’s military intelligence service (GRU).

The online investigative sites Bellingcat and the Insider uncovered information identifying one of the two suspects – previously named as Ruslan Boshirov – as Col Anatoliy Chepiga, a special forces veteran.

British investigators also believe one of the pair is Chepiga, the Guardian understands.

However, the Craig Murray site analyses the pictures with face comparison tools at.... 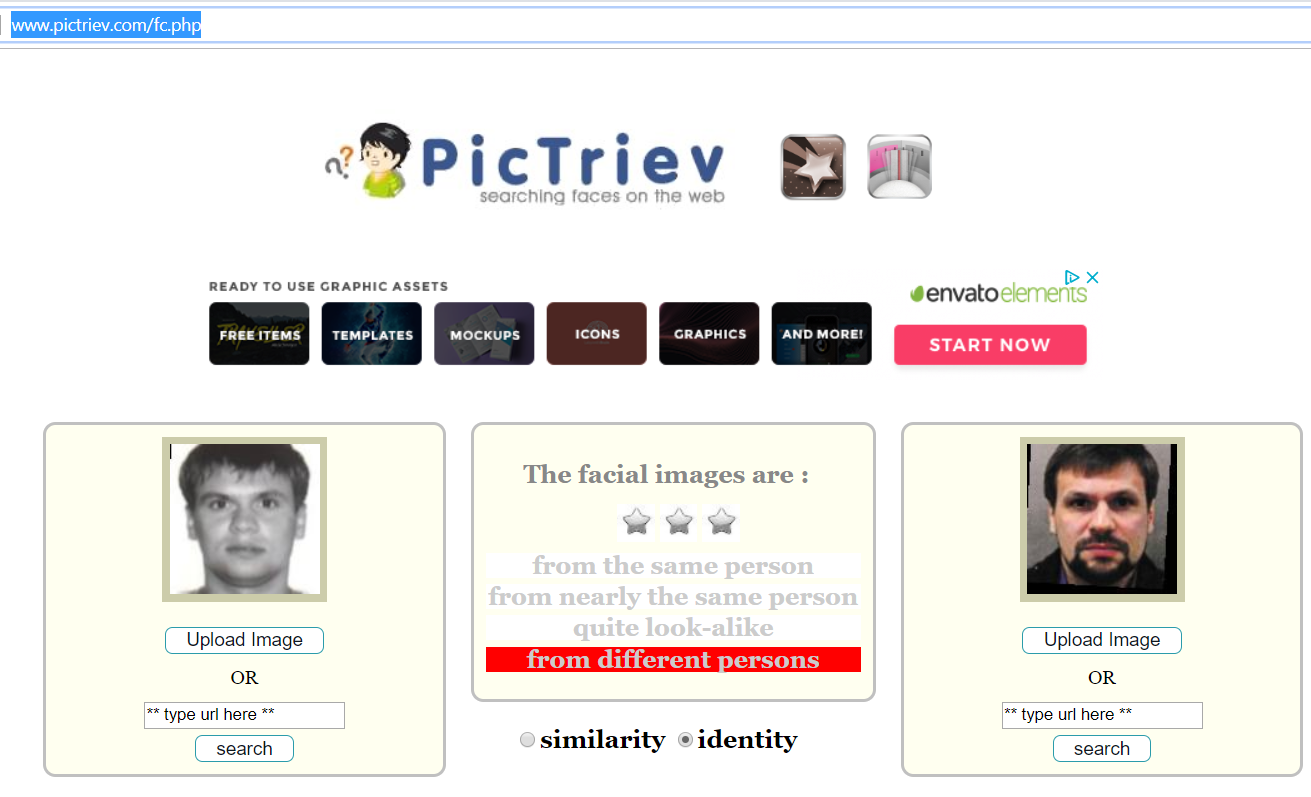 Betaface.com, which runs industry standard software, gives the faces an 83% similarity, putting the probability of them being the same person at 2.8%.

By comparison it gives me a 72% identity with Chepiga and a 2.1% chance of being him. 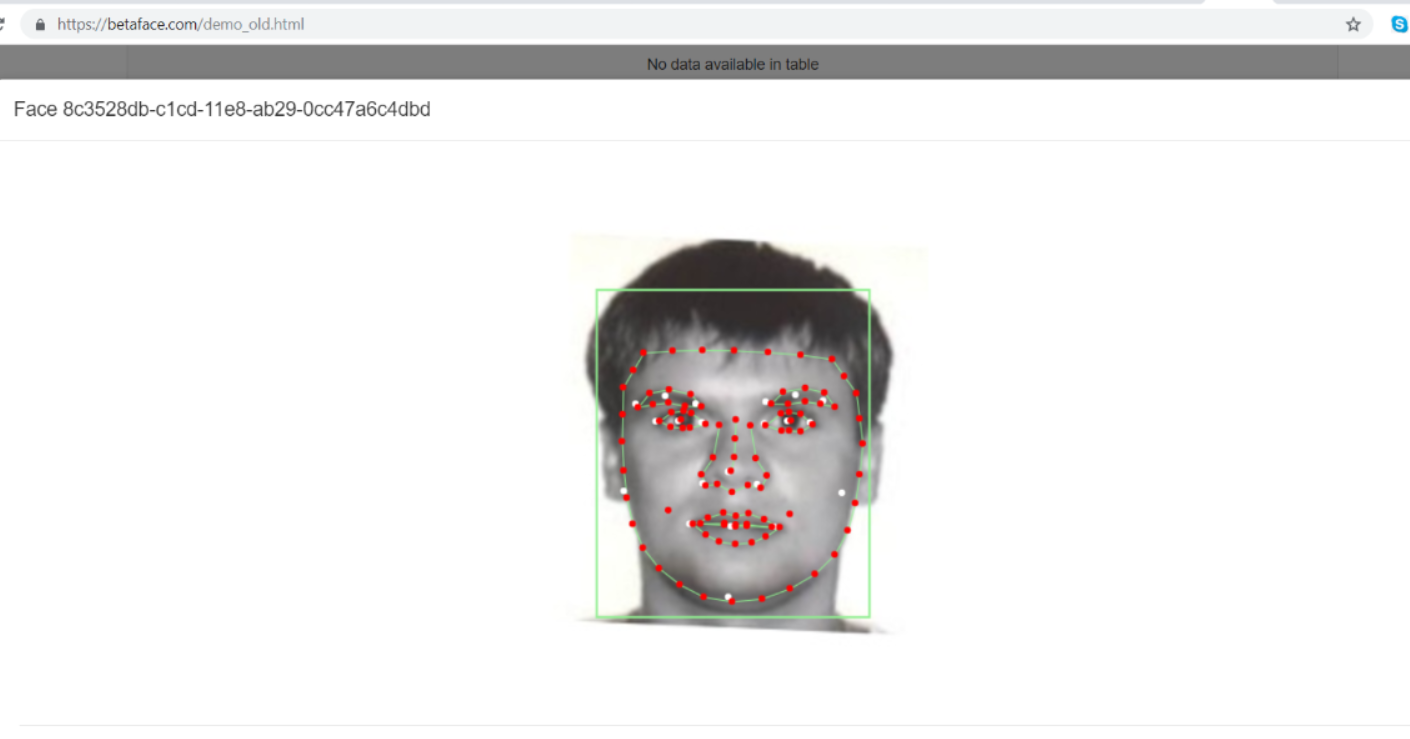 My view of the most likely explanation on presently available evidence is this: