It is my privilege to introduce you to a most extraordinary man, Kartik Chandra Paul. For the last 40 years or so, K.C. Paul has valiantly (and singlehandedly) challenged the world's scientific community with his peculiar geocentric model of the Solar System - which I will henceforth refer to as "The PAUL model". 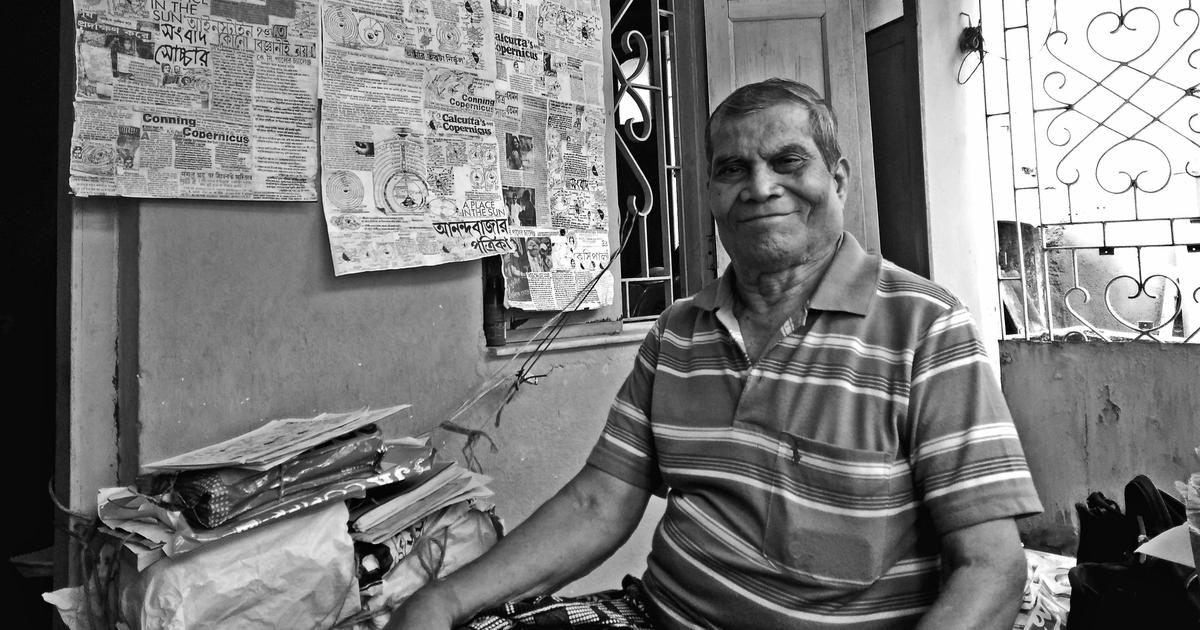 It appears that a full-length feature documentary (titled "The Geocentric Man") about Professor Paul has been thwarted / censored by India's CBFC:

"KOLKATA : A documentary about a man who has been plastering Kolkata's walls since the 1970s with his theory that the “Sun revolves around the Earth once in 365 days” has run into an unexpected hurdle. The Central Board of Film Certification (CBFC) has withheld permission for the film’s release, reportedly on the ground that it is “anti-scientific”.
http://timesofindia.indiatimes.com/arti ... aign=cppst

Here's the official trailer (2019) for "The Geocentric Man" documentary : https://www.youtube.com/watch?v=lAzubmp1s4k

However, a couple of shorter documentaries about K.C. Paul have been made - and I have embedded them below.

OBLIVION - The Life and World of K.C. Paul

The Days and Nights of K.C.Paul


Sadly (as you can see in the above documentaries), K.C. Paul has been subjected to both verbal and physical abuse over the years - which just goes to show how ideas contradicting mainstream beliefs are perceived as some sort of "threat" to many people around the world, especially science professors and students. Shame be upon them. There is certainly no violence involved in K.C. Paul's activities & activism and, what's more, his theories are perfectly viable and eminently scientific.

Of course, as the author of the TYCHOS model, my prime interest in the PAUL model is - naturally - to assess any similarities and parallels between the two models. So let's have a quick look at what I have (so far) been able to gather from the little information that the above articles and documentaries have provided :

Thus far, it looks like the PAUL model and the TYCHOS model have a lot in common. K.C. Paul also points out that Polaris (our current North star) hardly appears to move at all during the course of one year. As it is though, Polaris does trace a (microscopic) trochoidal loop when observed over a full year: in the TYCHOS, this is explained by the trochoidal path around which any earthly observer is carried annually, as Earth slowly revolves around its PVP orbit (at the speed of about 1.6 km/h). In fact, this slow orbital motion of our Earth (which slowly moves from underneath Polaris, to Vega and back to Polaris in 25344 years) also explains the so-called "precession of the equinoxes". I do not know at this time whether the PAUL model has a theory for this all-important precession of our entire star field ; yet, if it hasn't, the PAUL model is no worse (in this respect) than the Copernican model which, likewise, has no rational explanation for the same!

Another problem which the PAUL model may have is the observed behaviour of Mars. In the TYCHOS model (modelled after Tycho Brahe's and Pathani Samanta's identical solar system configurations), the unequal intervals of Mars's alignment with any given star (707/707/707/707/707/707/707/546 days) are perfectly accounted for. This, because the orbit of Mars (Mars being the Sun's binary companion) intersects the Sun's orbit: the ensuing "spirographic" path of Mars causes the red planet to realign (once every eight revolutions) with a given star in only 546 days (as illustrated here).

In any event, dear readers, I trust that you may imagine how strongly I'd like to fulfill this little dream of mine: to hop on a flight to Kolkata and meet this extraordinary gentleman, K.C. Paul, in person. Then, to somehow organize a little conference with the two of us presenting our "common case", ideally at some sort of academic venue populated with those scholars who have been mocking and demeaning K.C. Paul's work over the years, nay, over the decades.

Extraordinary dear Simon. Another modern day confirmation of the TYCHOS. Åke Hemström wasn't the only one after all. It's amazing how this gentleman could figure this out with likely very limited access to books and no internet. I hope you find a way to contact him.
Top

After reading this post on K C Paul I paused for a moment to consider the possibility that this is the only person to come forward with support for the Tychos Model.

Has no one from the 'scientific community' come forward in the past months to offer support?

I shouldn't be surprised...but I am.
Top

I'm happy to tell you that a few dozen people (admittedly, not so many) around the world - including scholars in various fields of academia - have, so far, expressed support for the TYCHOS model. At this time though, it would probably be inappropriate for me to cite them by name - unless I ask each one of them for permission to do so. Let me explain why, with the following example: as I visited the USA in the summer of 2018, a veteran astronomy professor (who ran the planetarium of a large american university) who had read my TYCHOS book invited me for a two-day visit to his beautiful city. As he drove me around a sight-seeing tour in his car, he told me about his current woes with the university board who had recently reprimanded him "for teaching too much culture" - or something along these lines! The professor (who has Native American ancestry) had been screening in his planetarium a magnificent light-&-sound show about Native American cosmology (which I was privileged to view "in private") - and this had not gone down well with the university board... He was thus quite wary of expressing his (positive) views about the TYCHOS model to his students - as he reckoned this would spell the end of his tenure at the university.

I hope you realize, dear Peaker, that it should be of no surprise whatever that most people won't touch the TYCHOS model with a bargepole; for the TYCHOS model to gain any sort of "official" recognition, it will take some sort of world-shaking miracle. For instance, NASA (and all similar phony space agencies around the world) must first disintegrate, putting thousands of people on the dole. The world's scientific / astronomy/ cosmology community will have to admit they've been wrong all along (well, at least for the last 400 years. Tycho Brahe got pretty close at figuring out our solar system). This is, of course, not something that will happen anytime soon - or within our lifetimes...
Top

I am so pleased that Simon has found this chap to help validate his TYCHOS theory.

Being branded on Shittipaedia as a 'conspiracy theorist' (which is a sure sign he is on a correct track) K.C. Paul must be reckoned with.

I find the notion that the Earth (so-called) may have come about from a defunct star very interesting indeed. Maybe this would explain a great deal of phenomena: so-called 'tectonic plate' movements, volcanoes, changing land-masses and so forth.

Maybe the mantle is shrinking and perhaps the planet is cooling! (When good is bad and bad is good).This would be the result of this shrinking of the core and has nothing (of course) to do with any ridiculous 'global warming' or any of the current verbiage.

It could also answer a number of other questions, I would imagine, like perhaps any increase in earth-quakes, volcanic activity, fires, changing weather patterns and so on. Worthy of historical research, I would think.

Shrinking of the planet's core might also allow the production of perhaps new materials or a greater quantity of older ones.

People aren't designed to tell the truth, they are negotiators and reality is negotiated between parties. At least that was how it used to be.

Science or truthtelling came late to the party and brought it's shadow, lying, with it. Lying would have no force were it not for the presence of it's opposite.
Top
Post Reply
6 posts • Page 1 of 1