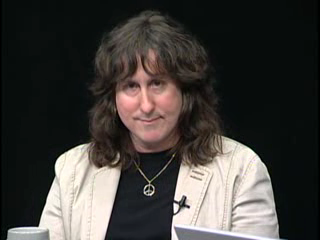 Ok folks, I think it is about time I tackle this slithering Ace Baker / Collin Alexander personnage - who popped out of nowhere - within a couple of weeks after I'd published September Clues online in June 2007. To those new to the SC research and unfamiliar with the many contorted attempts to hijack and discredit my research, here is a short summary of events which I now feel the need to put down - for the record. Everyone should judge for him/herself whether I am unduly concerned about this clown (let alone -*ugh* - 'jealous' of him) or whether I am correctly calling this clown for what he is: the top September Clues plagiarist, playing out an insidious game of discredit- by-association.

Of course, Ace has now released his slick "9/11 Psyopera" movie, which may appear to be supportive of the SC findings. Not so: Ace Baker strongly promotes the half-baked notion that ONLY the 9/11 "planes" were inserted (in real time) on top of REAL imagery. Now, let me make this clear: yes, I also partly (and mistakenly) entertained this notion back in 2007/2008 - although only with regards to the WNYW FOX5 "Nose Out" clip (with my 'drifting TV chopper' speculation). I have long abandoned this early, illogical hypothesis, and urge everyone to read this important update / amendment concerning this particular matter: THE NOSE OUT ISSUE - revised

Ace Baker was one of the very first persons/entities to contact me after my very first web-release of September Clues V.1.0 in 2007 (the very first being one Peggy Carter). He said he was going to screen September Clues at the Madison 9/11 Truth Conference - and I was of course pleased about this and mailed him all my support and best wishes. Here is the only other video from that Madison conference I could find today: the first part features Peggy Carter and Paula Gloria driving to the conference - then a few shots in the Madison conference hall with Ace Baker seated alongside Judy Wood and Morgan Reynolds: Thereafter, Ace Baker went on to make slick 'TV fakery truth videos' of his own - thereby gaining 'street cred' among the early followers of September Clues. Very soon, however, he started attacking September Clues and yours truly, in the most virulent manner. He once called me on Skype - only to surreptitiously record the call and using selected parts of our conversation (editing his own voice out) to make fun of my conclusion that the 9/11 LIVE TV BROADCASTS were entirely computer-generated (his own contention being that CGI airplanes had been inserted onto real images of Manhattan).

As his diversionary tactics game became clear (and as several questions about his alleged bio emerged) he went on to simulate his own suicide - live on Jim Fetzer's radio show ("The Reel Deal"):

Today, I received this advert from Ace Baker's website - (on my personal e-mail !):


The Official Story vs. The Truth Movement
psy-opera.com The scientific and historical investigation begins in earnest on Sunday, September 18, 2011. Ace Baker compares the official story of 9/11 with the claims made by the truth movement. This chapter features original interview material with Official "collapse" modeler Frank Greening, and introduces some of the other major players - Zdenek Bazant, Dylan Avery, Jim Fetzer, David Ray Griffin, Morgan Reynolds, Jim Hoffman, and the crew from Popular Mechanics.

Chapter 2 also debuts a new song “9/11 Was an Inside Job (guess you didn’t get the memo)”, a humorous lambasting of Norman Mineta’s testimony regarding Dick Cheney in the White House bunker.

Fearlessly Answered Questions
Could plane crashes and fires really cause what we saw? Where’s the tail? Where are the engines? Where are the seats? Where is the luggage? Where are the passengers? Why did World Trade Center building 7 go into freefall? Wouldn’t the core be left standing? Does this look like a hollow steel shaft? How could that possibly be? Where are the floors?

Where was America's mighty air defense? Was it just a coincidence that a number of military war games were taking place on 9/11, including simulated hijackings, planes crashing into buildings, and fake blips injected into the radar screens? Is this real world or an exercise? Was it just a coincidence that a bio-terror exercise called Tripod II was scheduled for the day after 9/11, on the pier right next to the World Trade Center, and that FEMA agents had already arrived the night before 9/11?

Was it just a coincidence that on the day before 9/11, the Pentagon announced it had misplaced $2.3 Trillion? Was it just a coincidence that Flight 77 struck the Pentagon in an area that had recently been renovated, and that contained financial records, and not the area where the top brass had their offices? Did the Bush administration receive warnings that Al Quaeda was going to strike? How specific were the threats? How can security be strengthened in the future? Do the orders still stand? Why would the U.S. government do such a thing? Did Brent Blanchard get the memo?

Watch the trailer here http://psy-opera.com/ (hey, Acey - I'm even promoting your shite on Cluesforum - how about that?)


No mention of September Clues - no nothing. Zilch. Nada. In fact, Ace Baker's new movie asks the most ridiculous question imaginable : "How can security be strengthened in the future?" You could call him far worse names than "plagiarist". His continued presence on the scene shows a certain level of desperation and magical thinking.
Top

He looks like a member of the English 1970s glam-band Sweet. 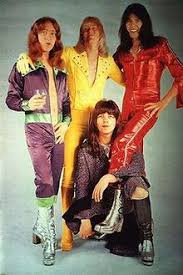 He does mention you in the contributor section, Simon
Top

anon1911 wrote:He does mention you in the contributor section, Simon

Wow. So I actually get to conclude the Psy-Opera?
Here is the contributor section - "in order of appearance":

Featured Contributors
(in order of appearance)

I can't wait to see in what form or shape I will be featured in Ace Baker's new movie !

I put out $1.99 and watched "the official story vs the truth movement".

It's not too bad. Baker looks different, and the screen says "Actor portrayal" when he comes on in a studio. WTF?

The part about "intelligence failures" was because he was saying how the 9/11 commission ignored the truth movement.
Top

It's disgusting to hear "September Clues" mentioned (right at the end of the "Conference") by perp scum like that; just a way to discredit by association. What a freaky bunch of weirdos, street bum old farts, wannabe hippies, a bag lady and what is that 'Judy Wood' thing, a transvestite?

'Wood' looks like John Lennon on a bad hair day:

Since Wood couldn't even operate a camera properly, s/he tried to demonstrate her "Directed Energy Weapon" instead, but only managed to bake Ace's ass with it

Well, that "trailer" for Ass Baker's POS "Opera" only shows what a pointless piece of crap it is, so what incentive is there for anyone to buy it from that? He obviously has to spam everyone to generate any interest at all

Oh FFS, I thought I'd seen it all, but this has got to be the most bizarre bullshit I've seen or heard yet!
Linked from the site player to his YT account to get this screenshot of "the real Ace Baker":

9/11 - The Great American Psy-Opera is a scientific, historical, and musical exploration of 9/11. The evidence is overwhelming, the film reaches the only possible conclusions. Tragically, the filmmaker gave his life for the cause he believed in.
The film is presented in 11 chapters, beginning with chapter 1 on September 11, with a new chapter each week.

So Ass(wipe) Baker is claiming to be dead now, after faking his suicide on radio first

then he supposedly commits (very badly acted) 'suicide' on video to become a martyrsim?

I think Ace is a musical genius.

I'm going to presume that's sarcasm, of course, but just in case anyone else doesn't, there's not much that's "musical" or original about that crap and certainly no "genius" to fabricating an identity to present ripped-off, canned pseudo-pop mash-ups for disinformation poison — with a conspiracy candy flavor for everyone sprinkled in!

Throw in the Media-created story of bogus "mass panic" at the Orson Wells radio broadcast of HG Wells' War of the Worlds.
Then the JFK "amateur" Zapruder film feckery, spun to double disinfo death.
Get the Moon hoax in, of course, oversimplified as "slow-mo" (forget the Disney 'elephant in the room')

Say faked planes, but not faked burning building images or faked vicsims OR Media fakery at all...but drop the "disintegration" suggestion in there.

So he'll just "deny" it (not 'reject' or 'expose'?) and "go on disbelieving till" he's "dead" huh?... is that only till his fake death then, so now he's free to believe and shill for the Media again?

Every time in the past that I've complained about that miserable low-life perp "Megashill Ace Baker" I've gotten generally lukewarm responses and less than enthusiastic buy-in from those who think that I'm disparaging a "fellow Truther", or "no-planer", or "one who also supports our common cause."

Ace publicly pretends that I don't like him because I'm thin-skinned and cannot handle any criticism. He's offered me a bogus $200k prize if I will reveal myself and demonstrate video fakery to him.

Actually the reason I don't like this particular shill, "Ace Baker", is because he runs around declaring himself the public face of our hard work and then attempts to sabotage all of us at every turn. In fact, my personal opinion about the "Ace Baker" entity is that he's a fraud, a liar, and an actor hired to be a shill for the 9/11 perps.

I hope that with this new and improved round of attempted suicide that people will see what I mean about "Ace Baker" or "Colin Alexander" and why I find issue with him.

I never authorized Ace Baker to use any of my work. I wonder how I came to be a "contributor" to his Psy-Opera farce.

Maybe someone can take up a collection to buy the coward a real bullet for his handgun next time. I would be willing to contribute a dime. Or maybe he can borrow a hammer or something.
Top

Arse Faker has the unmitigated audacity to wear the "peace" sign around it's neck and show that it's married! I was wondering how he got the frying-pan inserted in his head! Both he and Joody Woody with her green teeth, were deliberatley picked because they are the ugliest and most implausible looking fuckers and deserve nothing more than a slot on the Muppet Show.
Top

Maat wrote:Say faked planes, but not faked burning building images or faked vicsims OR Media fakery at all

Perfect summary of why he, and almost all other 'truthers', aren't interested in exposing anything relevant at all. We have no common ground with any of them.
Top
Post Reply
33 posts