omaxsteve » 27 May 2017, 16:34 wrote: There is not even a semblance of reality. I have seen people show more remorse after their goldfish died.

The father is acting better. The mother is smiling sometimes, like the smiling dolls on her lap.

22 years old (Salman Abedi), 22 victims, may 22nd. Just leaving that here, 'cuz it's quite obvious now what all of that means.
Top

Here's a link to a video clip, reportedly filmed by a member of the public, showing people making their way to the exits after the explosion at the end of the Ariana Grande gig. The announcer at the Manchester Arena, in an American accent, is heard telling the audience "There is no problems here. Just take your time. Keep exiting the building" and “Thank you for coming and having a good time tonight". Not sure I'd be saying that if there were dead and injured people supposedly lying in the foyer after a massive bomb explosion!!

Sounds more to me like a well organised exercise drill.....which it undoubtedly was for most people there.

Also, it amazes me that with up to 21,000 people said to be in attendance at the Arena for the concert and CCTV everywhere in Manchester these days, that no film has yet been found that captured the actual bomb explosion. Now, THAT is hard to believe.

I think this footage of the "crime scene" is pretty much definitive proof that this was staged (as if any more was needed):

No one in distress, no sense of urgency, no signs of an explosion. This is supposed to be the location where 22 died and over 100 were injured?

Also, from the Daily Mail:

Jenny Brewster, Evie's mother, said: 'We were exiting the building when it happened. We'd headed towards the main doors as Ariana was performing the last song because we wanted to beat the crowds, but – as we made our way there - a wall of security men blocked it and told us to go the other way.

'Seconds later they shouted 'RUN!' and the explosion happened right behind them. Hundreds of people were running and screaming. Those men saved our lives.'

I wonder who he's talking about?

Also to note I've been to the Manchester Arena many times and can vouch for the fact that the foyer where the "explosion" happened is loaded with CCTV cameras.

And how the "bomber" got into the foyer with a backpack I don't know! I couldn't get in with a water bottle once

First paramedic on scene recalls moment horror of terror attack dawned on him
Dad-of-three Paddy Ennis passed screaming and injured Ariana Grande fans as he made his way towards the blast.

The footage was probably taken from the very large-scale drill that occurred in Manchester in May, 2016. It was mentioned earlier in the thread, but looking further into it, it's clear that they put huge resources on it, even having actors trained by a psychologist so they would react properly.

CrisisCast was founded by Hunt and Brian Mitchell – both are actors and have worked in film production, and brought this knowledge to disaster and crisis management training. They can create a 20-car pile-up, or recreate an incident in a nuclear power station; later this year they will be staging a plane crash at an airport, complete with wrecked fuselage, to test the capabilities of the airport fire service. They use smoke, prosthetics and medically trained makeup artists who, says Mitchell, “know what a bullet hole really looks like, and the colour of blood. On some exercises you’ll see very pink blood, but blood is more coffee-coloured. It’s dark when it comes out.”

Their 400 actors have also been trained by a psychologist so they know how they should react in a traumatic situation. “It’s not what we call jazz-hands acting,” says Hunt. “It’s not about trying to do a big show and doing a great Lady Macbeth bit – ‘Oh my god, I’ve got blood on my hands.’ It’s to do with making sure the person you’re dealing with gets caught in the realism.”

And it is very real, says another member of the team, Mick Massey, who spent 30 years with the London fire brigade. “It’s as real as you can get without it actually happening,” he says. “It’s about developing muscle memory. The only way, sadly, I learned that was from real incidents.” As a young fireman, his first major incident was the blast at the Olympia exhibition centre in west London in 1976, blamed on a breakaway IRA group; he was also at the 7/7 attacks and the Paddington rail disaster. “The more realism you put in, the more comfortable you feel – if you can feel comfortable – when it happens for real.”

Finally, we get to see some CCTV... Yes, | see they have decided to go with the Maroon Asshat gormless look on this one also. 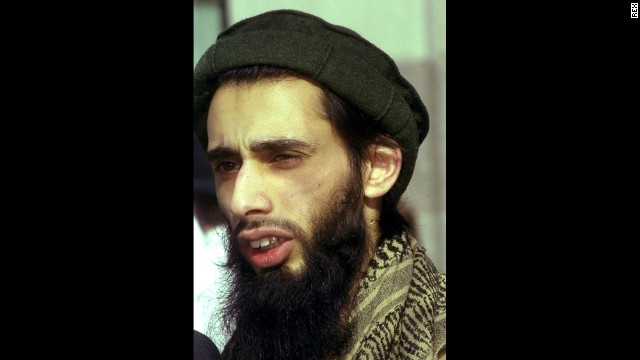 This has to be the worst acting I have ever seen - but Kearnsy74 has made it into a superb parody.

Edit Screwyoutube has censored it.

I have a copy but not sure how to upload here... however you may safely download from here:
https://mega.nz/#!7UpjlbAT!Sjax87bTBVEh ... nEfvmsih-o
Its a 19Mb MKV duration 2:23.
Top

I was curious about the funerals for the fake bomb victims of the Manchester hoax so I did a little Google searching and lo and behold;

omaxsteve » June 2nd, 2017, 5:54 am wrote:I was curious about the funerals for the fake bomb victims of the Manchester hoax so I did a little Google searching and lo and behold;

I'm not sure I recall any instance where a funeral was delayed so long. And if the Identification was in any kind of real question, then there wouldn't be a definite "family" to consult with during the process.

In the real world of homicides or suspicious deaths, autopsies are fairly routine, and don't require that kind of turnaround time.

In any event, a funeral still happens usually within somewhere between 3-9 days (usually closer to 3).

But VicSim "deaths" are an entirely different matter.

In this case it appears to be a lame attempt to keep the STORY alive. Just pathetic really.

Oh also, an astute family member of mine pointed out the name "Salman" as being a (more or less) subtle reference to the hit show "Better Call Saul" with the character who changes his name from James McGill to SAuL GoodMAN.

It's actually a pretty entertaining show- a gem in a sea of garbage really.
Top

omaxsteve » June 2nd, 2017, 11:54 am wrote:I was curious about the funerals for the fake bomb victims of the Manchester hoax so I did a little Google searching and lo and behold;

By which time the next media/government panto will have screened or the latest footballing distraction will have the sheep's attention.
Top

It has been interesting to see other Europeans and people around the world jeering these fake attacks though (in the belief they actually happened).

The problem with these NATO false flags is that they bring out many unpleasant facets of human nature. Lots of Germans and Scandinavians, I think, believe English children 'deserved it' because a London-registered business has sold weapons to Saudi Arabia and Israel. As if ordinary Brits (especially children) have any control over that fact.

It has been very enlightening and sobering to read people's comments online, I have to admit. But it's for the best that it's all brought out into the open.
Top

Ah, the rationale of the egoist. Yes, we sure need PsyOps to give voice to racism and nationalism!

It is for the best that truth is spoken by the media in the first place so people don't have to hate and speculate about fictional bullshit meant to divide the world against itself.
Top
Post Reply
72 posts