The notion of 'thousands of victims' was crucial to generate universal public outrage. However, having 3000 angry families breathing down their necks was never part of the perps' demented plan. Our ongoing analyses and investigations suggest that NO one died on 9/11.
Post Reply
First unread post • 1411 posts I am still skeptical that these faces are being generated by a "neural network" which is just a newspeak way of saying a matrix, the basic form of computing, by the way.

Perhaps, a computer performs a basic generation algorithm and then a visual engineer, which many people still refer to as an "artist," will tiddy up the computer's output and make sure it is possesses the desired affect.

But, given the mass of desperate unethical people who possess the necessary skills in the "competitive" environments of cities such as Los Angeles, New York and San Francisco, to name a few, I see no reason why these visual engineers wouldn't the one's generating these faces from scratch with occasion software aid.
Top

Don't really know where to post this, was going to post on fakeologist but having trouble logging in. Admin feel free to move or delete if inappropriate. 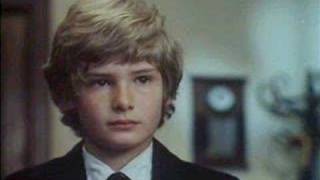 But its taken from a post nearly three years old ....

This is a photo of me as a child. My name is Austin Sansone and I still live in TriBeCa. If anyone doubts it i have posted it on my profile

The link shows this... 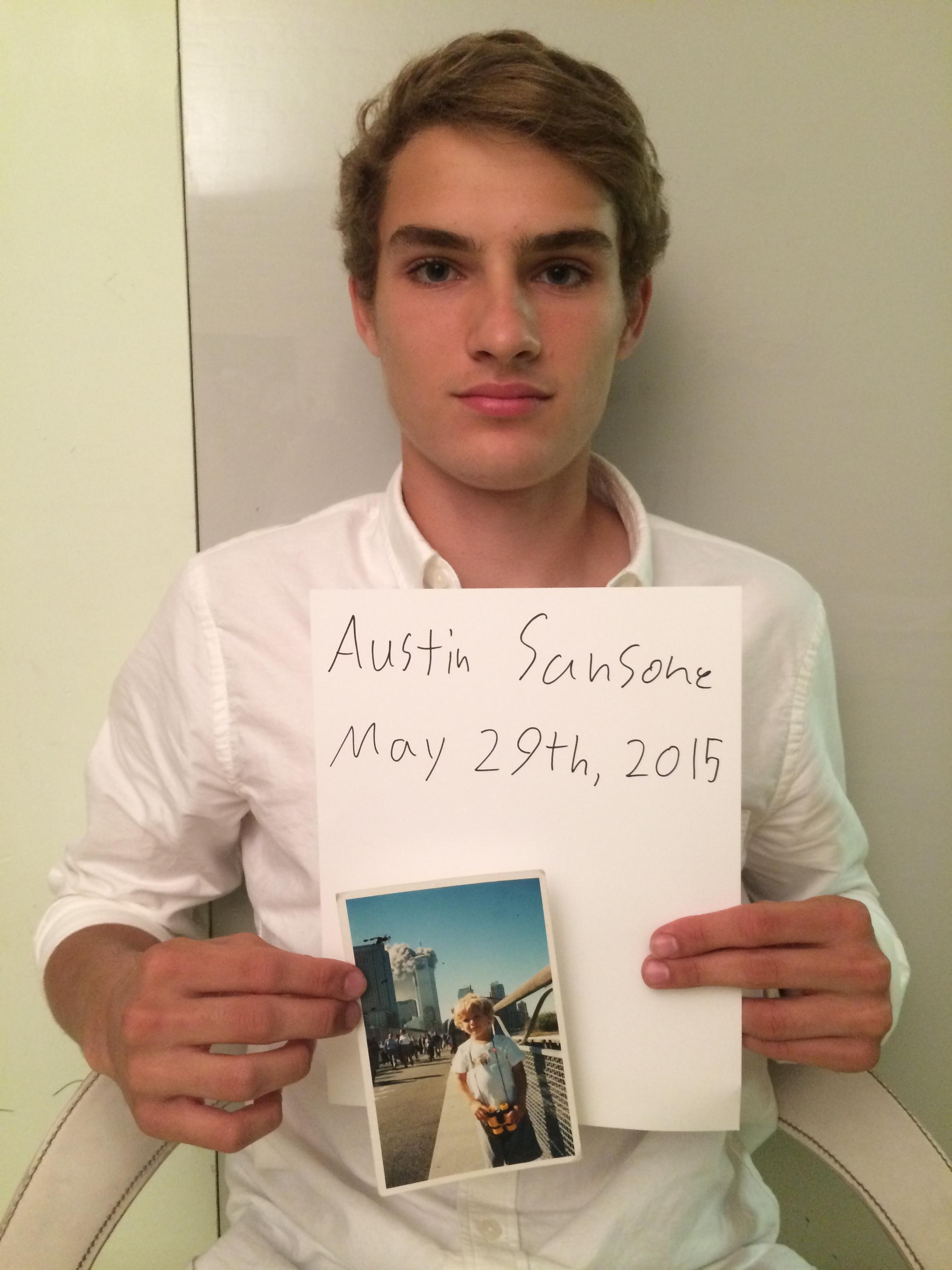 And Austin Sansone is an anagram of nauseation which about sums this up.
Top 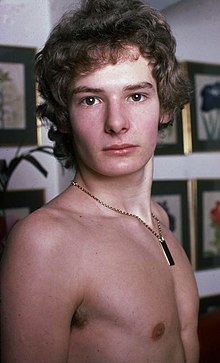 The evidence that it's photo-shopped is the fact that all of the pedestrians are walking away from the towers so casually. That is completely unrealistic.

I'm not seeing the Mark Lester connection at all, and the Austin Sansone character does not look like the 18 year old Lester. I don't think it's ever so simple to attempt to "match" people from photos, and it really doesn't matter who the person is, the photo is clearly fake.
Top

*
This is the best video I have seen so far - showing how easily fictitious people can be created today :

Well, if it did - it certainly wasn't quite as advanced as it is today !...

(A small selection of portraits of "9/11 victims" to be found in the various 9/11 memorials) :
VicsimsRipiculous911_01.jpg
More examples here: http://septemberclues.info/vicsimripiculous.shtml

That's right : we are actually asked to believe that the above "portrait" depicts a person who died on 9/11 - and that somehow, for some reason, their families had no better picture of their "dead loved one" to supply to the official 9/11 memorials...

...and its carefully planned timing / schedule is getting more and more ridiculously obvious.

So, yesterday (June 10) the New York Post ran this story :

"The remains of another victim killed at the World Trade Center during the 9/11 terror attacks have been identified, officials said Monday.

The city Medical Examiner’s office used DNA testing to identify the man, who is the 1,643rd victim to be identified from the attack that left 2,753 people missing. Officials are withholding his name."
https://nypost.com/2019/06/10/first-9-1 ... rs-office/

And today (June 11) the New York Post ran this story:

"Jon Stewart and a number of first responders will testify before the House Judiciary Committee Tuesday to push lawmakers to fund the 9/11 victims compensation fund.

The House is expected to vote on the “Never Forget the Heroes Act” on Wednesday that would extend funding beyond 2020, when it was set to end.

At a Ground Zero rally on Sunday for the fund, Rep. Jerrold Nadler, the chair of the Judiciary Committee, was joined by Reps. Alexandria Ocasio-Cortez, Carolyn Maloney and Republican Peter King speaking in support of the bill."
https://nypost.com/2019/06/11/jon-stewa ... -congress/

I'm sure you'll enjoy Jon Stewart's (born Jonathan Stuart Leibowitz; November 28, 1962) testimony in front of Congress, full of D-grade level acting, crocodile tears, faux outrage, and of course that silly thing he always does with his pen when he's pretending to get all choked up and verklempt.

I think my favorite part is when he says that the official response time for the FDNY was 5 seconds.

antipodean wrote: ↑
Wed Mar 07, 2018 8:20 am
Don't really know where to post this, was going to post on fakeologist but having trouble logging in. Admin feel free to move or delete if inappropriate.

https://www.wbur.org/endlessthread/2019 ... -9-11-hoax
I've just come across this podcast above which apparently interviews the child (Austin) featured in the photo and, his Mother (Susan) who took the photo, and surprise surprise she works in film & television and she's mislaid the negatives. Scroll down to read the text for the interview.

The pod cast starts off with the photo's authenticity being discussed with comments such as.

Sherry: This building was put in afterwards in the back. So this was all okay. What was put in is the building. Why is the child not looking at what is happening? How can he turn around and…

Then later on they refer to my Clues Forum post.


Billy: Yeah, and I also found additional photos of him as a child, actually. Hold on. Wait, let me see if I can…
John: Oh, are we on the same forum? Is it cluesfourm.info?
Billy: Oh, no. I did find that website though and some people were saying that they thought the kid looked like… oh, they link to… who was it? It was some celebrity.
John: Mark Lester.
Billy: Yes, right. Yeah, Mark Lester who played the title role in Oliver!, the musical film that won best picture in 1968. How he got to Tribeca in the year 2001, I do not know.

So it's perfectly feasible to photoshop buildings in but not a child. Then Susan goes on to explain how she then decided to go back home when the first Tower collapsed.

Susan: We started to head back and I took another picture here. I’ve written on a Post-It, “we’ve left the river, crossing the median going home.” About two minutes later the first Tower collapsed.

Today I bumped into this interesting interview (at 1:22:40 into this movie by one Marc Levin) of "the man in charge of identifying the WTC remains":