Dear Simon, many thanks indeed for sharing the album. I have an extremely powerful association to the music. I well remember the first time I watched September Clues with goosebumps as the crackling sound effect rumbles away in the background as the sky drifts by on an outdated monitor with the powerful text overlay. Stirring indeed. I have book marked the page for future listening.

As a footnote, I just logged into YouTube and searched for the key words, 'September Clues' and could not find a full version of your film! I am logging in from the Middle East so perhaps YouTube presents a somewhat different set of results, but.......no single version of the film?

thisisunreal wrote: As a footnote, I just logged into YouTube and searched for the key words, 'September Clues' and could not find a full version of your film! I am logging in from the Middle East so perhaps YouTube presents a somewhat different set of results, but.......no single version of the film?

Thanks for your warm words. And yes, I know - as you search for September Clues on Youtube, it seems that my original full version of SC (which I reuploaded on my backup "Simon Shack" channel last year - following the rogue closure / deletion of my old YT channel) won't show up in the YT search list...

In any case, you can always go to http://septemberclues.info/ to find all versions of SC (in 12 languages).
Top

Early this month someone posted the entire September Clues soundtrack (in excellent audio quality) on Youtube. I'm really happy that he/or she did so. I might have done so myself sooner or later (i.e. uploaded it on my new YT channel), but since I'm not very keen nowadays to upload my stuff on Youtube - following the rogue termination of my entire original YT account back in March last year. The "funny" thing is that, as soon as this person posted it, Youtube made some sort of attack on their YT account. Here's the story :

I am a huge fan of September Clues and your music that is a part of it, it's just brilliant.
I've seen that someone uploaded the "whole" soundtrack to YouTube but it was missing some tracks as it had 45 minutes (that was about 10 minutes too short to be full, I guess). Recently I have uploaded the 55 minutes version of September Clues soundtrack (I hope you have nothing against it). The problem is that nearly all of my comment history was purged by some algorithm shortly after uploading the video to YouTube. In last years I posted hundreds of comments under various videos and a week ago they were still there but right after uploading the video with September Clues Soundtrack nearly all of these comments vanished and my "comment history" section is now almost empty. I just wanted to let you know what happened.

Have a great day!

It is quite pathetic that Youtube would go to such lenghts to discourage / punish(?) people from posting anything related to September Clues...

In any case, hope you'll all enjoy the music over the winter holidays


Over the years, I have used this thread to announce my band's new albums. It's been a while since our last album ("Something Fishy" - 2017), but we haven't stopped jamming and recording - I've just been a little too busy with cosmic affairs. A while ago, I realized that we had more than 17 new tracks which were decent enough for publication. I've spent the last few weeks mixing & mastering these recordings in my home studio. We are now pleased to announce our new "cosmic" album: 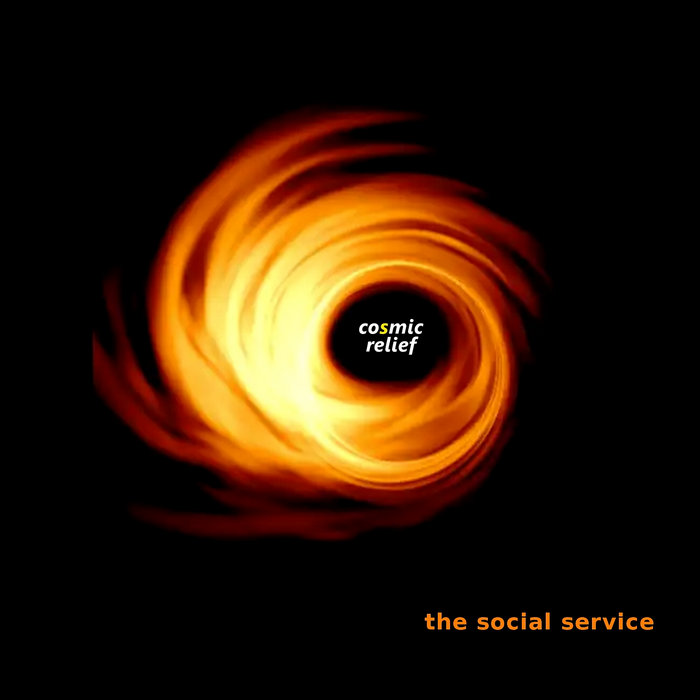 And remember: we all need some cosmic relief from time to time - lest our brains turn into dark matter.

Simon, I'm just now listening to the reissue of Save The Swines, and reading the reviews of it you posted 15 months ago. Did anyone else notice the review by Bussolino included the word 'barycenter', a word I had never seen before you included it as an important descriptor in the Tychos, and is not commonly used to describe any aspect to music?

If this review is from 2005 when you released the album, it seems almost prophetic that he used a word you would focus on a decade later about astronomy.
Top

fbenario wrote: ↑
Mon Mar 02, 2020 11:49 pm
If this review is from 2005 when you released the album, it seems almost prophetic that he used a word you would focus on a decade later about astronomy.

Dear Fred, haha - although I'm not a keen believer in prophecies, it looks like some amusing serendipities do actually occur in our lifetimes ...

How about this other review of that same 2005 album of ours :


"An album to discover!
Several years ago, in full flower power, the Jeffersonian guru Paul Kantner thought well to put on a project that should be the summa of the Californian movement. It materialized in a legendary album, "Blows against the empire", which objectively remained in the collective memory as the manifesto of the time. You can find almost all the musicians protagonists of the summer of love, who tell us about a spaceship / Noah's ark that allows you to exodate from the cruel world to a planet/Eden. A classic theme, which sometimes resurfaces. In the midst of our more prosaic and less enthusiastic times - albeit certainly less naive - the Italian-Norwegian project The Social Service has conceived a similar work. Here, too, it escapes into space, more modestly in search of a cure for the evils of humanity. Hence the name (from the late twentieth century welfare) of, precisely, Social Service. And this album is a nice surprise, filled with well-digested modernity: never intrusive electronics; discreet (post-)rock and sinuous 80's revival. Never sheeply - in spite of the great risks involved with projects of this kind . Congratulations to the label, the C.N.I., which has dared to go beyond their ethnic target that has characterized it for a long time and has struck center [barycenter again? lol!] right away."
Luciano Marcolin - DiRadio

"Escaping into space, modestly searching a cure for the evils of humanity..."

Mr Marcolin must have divinatory powers!