Quick sidetracker; not sure you're vouching for William M Feehan, highest ranking fatility of the day. But I'd moot these 'two' impressions for consideration. (Hope these weren't covered already).

We put the fun in fundamentalist...

Same old hack commenters! His "cousin" Frank Murphy resides in Tennessee and his blog is all whacko-guilt-ridden catholic. yuk!

"Just stick a Hatton it", didn't someone once remark?
Top

But I just can't see to go past the fact, that only "PLANE PASSENGERS" pictures have gone missing out of the "CNN" memorial.


Yes, it has been that way for a while. They are easily found in archives. I recovered most of them.


StevenWarran2, please don't throw unneeded suspicions at godzilla, D.Duck or people who have been very welcome to this discerning research.

Please don't link to gossip sites, including your own. Please don't gossip! We don't need it. Just stick to the topics at hand, please. Post your best stuff.

So far, I don't buy for a second you knew these people you claim to know but that's pretty much my predictable stance on everything.

Simon trusts you but I don't really. So please don't address anything personally to me or other members except Simon and you'll probably be safe from being banned for now. Thanks.

As for your request:

and tell me that that could be about a made up persona.


Granted. That could be about a made up persona.
Top

The old shill David Handschuh is credited as photographer. Any other photo credits or just Handschuh?

Anyway, let's see what the necessary economy of supporting players has churned up first:

It's clear to me that this is the same actress. In the middle image the tip of the nose has been distended downwards lending her the semblance of an older crone. It's likely this was rendered in the image itself judging by the 'Gwendolyn-like' smoothing around the chin and the rude attempt to disguise the actress' moles which left this version looking comparitively leprous (seen also in the throat of vicsim Carolyn Beug). And they yellowed her up.
So this actress plays the jaundiced leper family member called Marta Waisman as well as the 'I share my son's crazy eyes' family member whose name I still have to hunt down or somebody can supply.

I also think the features of this actress called Diane Massaroli were information inputs towards creating her simulated husband's image:

Are photo #s 44 and 45 the same woman? In #45 it appears she's the 'always sad' woman we've seen before but whose name also escapes me at the moment. I think Brian spent some time examining her?

I suppose these posts should be filed under 9/11 Actors.
Top

The first actress that came to mind for me: 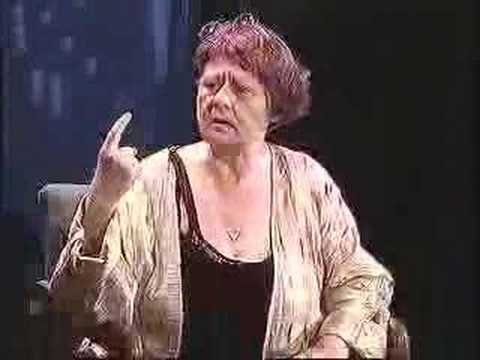 Is that too "economy of players"?

The dark hooded figure "behind/next to" the slouching female Don(na) in plastic does create reminiscence of the whispering mafia adviser.
Top

This is visual rhetoric! Here is our old friend Pathos hard at work again! A "Wag the Dog" composition. Look at the little girl - all that's missing is the white kitten!

Also, in all that rain, shouldn't there be some raindrops on the big picture of Willy Rodriguez? And wouldn't we see some reflections off the glass in front of the photo, or is it just a cardboard cut out? It's Not easy holding a heavy photo frame up like that on a cold and rainy day, but the coloration of her hands doesn't show it.

In my opinion, this is a fairly sloppy montage.

The bottom right hand side of Steven Segal's neck has the background from another photo blocking our view of the umbrella it's pasted over.
Top

Does anyone know if it's an American tradition to carry framed pictures of loved ones at commemorations?

I mean, would anyone do such a thing? Ever?

If you lost a a brother, a father or a wife, would you really bring along a framed picture of him/her and hold it in front of your chest at any sort of public gathering? If so, why would you do that?

simonshack @ Apr 19 2010, 09:36 PM wrote: Does anyone know if it's an American tradition to carry framed pictures of loved ones at commemorations?

I mean, would anyone do such a thing? Ever?

If you lost a a brother, a father or a wife, would you really bring along a framed picture of him/her and hold it in front of your chest at any sort of public gathering? If so, why would you do that?

Furthermore, a picture like a magazine cut-out in a Value Village used frame?

Is that frame even in the person's hand? It looks like the border of the frame has been pasted together by repeated cutting-and-pasting of the same photoshop bit.

Is that not a near pixel-perfect copy-paste pattern building the picture frame? Was this picture 'green-screened' in that hand?
Top 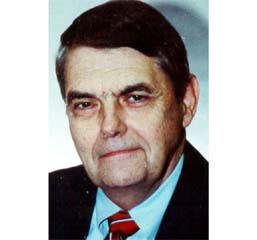 It should be so eeezy to ascertain the reality of such a character, and I feel a bit tin-hatty questioning it, but amongst the weak evidence for his existence I see obvious skullduggery.

Wiki speaks only of his career: William M. Feehan (1929 ? September 11, 2001) was a member of the Fire Department of New York.... Feehan held every rank within the department, starting with Probationary Firefighter upon his appointment on October 10, 1959. He was promoted to Lieutenant in 1964 and eventually to Chief of Department in 1991. In 1992, he was appointed Deputy Fire Commissioner. Upon the resignation of Fire Commissioner Carlos M. Rivera, he briefly served as Acting Fire Commissioner through the end of Mayor David N. Dinkins administration from August 31, 1993 until December 31, 1993.

He shifted about a bit from inception in ‘59 until ’94. NYT obit adds, "He was first assigned to Ladder Company 3, and then to Ladder Companies 18 and 6. He also served in Engine Company 59, and in Rescue Company one." Doubt anyone bothered putting his name on a door. Wiks continues

Six straight years in the post of First Deputy FC. This position is based at FD HQ, where Feehan is listed in Sept 2001. So, as the FDFC, what exactly is it that you do do?

The latest FDFC was sworn in on March 30th this year http://www.nyc.gov/html/fdny/html/event ... 010a.shtml Daniel (Don) Shacknai joined the force in 2002 as Deputy Commissioner for Intergovernmental Affairs and Management Initiatives. He was named Deputy Commissioner of Legal Affairs in January 2007 before becoming FDFC. Mr. Shacknai previously served as Deputy General Counsel for the New York City Administration for Children's Services (ACS). “Before joining ACS, he worked at the law firm of Simpson Thacher & Bartlett and clerked for the Honorable Myron H. Bright of the U.S. Court of Appeals for the Eighth Circuit.” source

Shacknai's never worn a helmet. He would have been as much use as a lawyer at the foot of the south tower. Feehan, on the other hand, had “knowledge and cunning in battling fires himself [which] made him the stuff of legend to his firefighters.” (NYT).

I'm driving at the possibility that nobody ever saw this Legend, since his record puts him everywhere at once. Sort of everywhere and nowhere.

Commissioner Feehan has been a member of the uniformed force of the New York City Fire Department since 1959. He has served in all levels of command and management in the Department. His major projects include:

a) Realignment and reorganization of the Marine Division.
b. Critical involvement in implementing the reorganization of the Bureau of Fire Prevention which resulted in an additional 20,000,000 in annual funds saved.
c) Conceptual and operational management of the Roster Staffing System, which saved the Department more than 40,000,000 per year.
d) Budget consultations with the former commissioner and decision making in this area.

He interacted daily, with all levels of the mayor’s staff, especially with the Deputy Mayor for Public Safety Fire Commissioner, all labor relations were
within the purview of his authority and responsibility. His experience at managing emergency operations, includes: the World Trade Center explosion, the LaGuardia air crash, and the 14th Street subway derailment.

The club looks considerably more up-market than the flier. http://www.princetonclub.com/

Quoted in an interview with The Daily News (Dec 20th, 2000), in which he said of the Navy Yard fire of 1960: ''It was the largest number of body bags I had ever seen. I was in Korea and never saw that many.'' Speaking in the last year of his life about his first on the job.

THE MAN in ACTION

To me, Feehan looks doctored into this scene. It’s posted above with a comparison image that seems to be the hatless head that is grafted onto the body in this image.

This image looked ok from a distance in black and white. In colour it's not so pucker. Eyes, darling, eyes.

That CNN memorial impression at the top is not much better, is it?

Did anyone actually meet the guy, had anyone heard of him, attended an address by him. Do we really have nothing concrete, extra-media on this identity? Sheeesh.
Top

Dear Mr. Shack,
I wish to ensure you that we have forwarded your request, for its direct processing, to the relevant office of this Ministry.

The Head of Office

Today we may officially celebrate 40,000 hits on the Vicsim thread.

The equivalent thread that existed on the 911movement.org version was cut off by the sudden disappearance of that forum.

This time, we have backed up the posts properly. Thanks InvisionFree!
Top
Locked
1210 posts