The notion of 'thousands of victims' was crucial to generate universal public outrage. However, having 3000 angry families breathing down their necks was never part of the perps' demented plan. Our ongoing analyses and investigations suggest that NO one died on 9/11.
Post Reply
First unread post • 6 posts • Page 1 of 1

please check my result, its not that accurate but maybe you can improve my scaling...

In your picture of the construction worker, the floor below is lower and the space between columns is too wide, so I suspect these are "special" floors of different height either at the top or the bottom. Probably at the bottom as seen here: We would need a comparison with a more standard picture of regular set of floors.

ok, this is a dead end!
Top

Don't worry, this woman (one Edna Cintron) is "monstrous" in many other ways. She has left behind only two monstrous pictures of herself that are in fact the same one, she went waving and waving in a few fake monstrous videos, and yet she never existed. Monstrous enough for you? :D 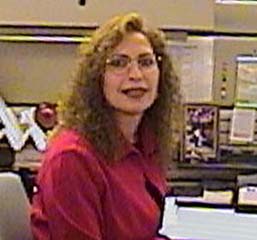 WTC fa?ade, grid increment was 40" or 1016mm. The with of the steel in the column was 368.3 mm. With insulation, decoration and the window, should you consider jumping, don't be too fat!
Top

29 Sep 2010 On Tuesday, a 19-year-old student at the Austin campus of the University of Texas, allegedly brandished an AK-47 and fired 'several shots' as he 'ran through the campus,' ultimately killing no one but himself. Witnesses reported a second gunman. However, later media reports morphed into a 'lone wolf' scenario, concluding that the alleged shooter, Colton J. Tooley, acted alone.
As the list of 'oddities' grows regarding this shooting incident -- as with so many others -- the possibility of another CIA Photoshop PSYOP emerges. A comparison of the image of Mohammed Atta, one of the alleged masterminds and ringleader of the 9/11 terror attacks, and that of Colton Tooley, the alleged AK-47-toting math major, reveals a startling similarity between their eyes, eyebrows and hairlines.
Is the CIA/media generating and promoting the 'angry Muslim terrorist' visage, in order to gain support for shutting or wiretapping the Internet amidst a barrage of false flags and phony terror alerts? See also: Virginia Tech Shooting 'Oddities', NIU Shooting 'Oddities', and Pentagon Shooting 'Oddities'.
http://www.legitgov.org/How-Did-UT-Shoo ... s-Eyebrows


Anyone care to comment on the sim(ularities) between the pair. Photos can be seen via link above. Can someone please tell me how I can upload photos here.
There are two different versions of the Atta persona. In Germany he was said to have been a devout Muslim while in America he had metamorphosed into a cocaine taking, beer swilling habitu? of strip clubs. Question is was he real? Does anyone here have definitive evidence to add him to the sim roll of honour?
Top
Post Reply
6 posts • Page 1 of 1