If NASA faked the moon landings, does the agency have any credibility at all? Was the Space Shuttle program also a hoax? Is the International Space Station another one? Do not dismiss these hypotheses offhand. Check out our wider NASA research and make up your own mind about it all.
Post Reply
First unread post • 203 posts

... is apparently about to depict a live feed of a man leaping, in a pressure suit, from 100,000 feet, and fall down to Earth. They claim his blood will boil instantly at that height without a pressure suit.

Seems fascinating. I think this could be real, but Heiwa is it physically possible, do you think?
Last edited by simonshack on Sun Nov 25, 2012 3:33 pm, edited 2 times in total.
Reason: Wanted to ask Heiwa if he thought it was possible
Top

... is apparently about to depict a live feed of a man leaping, in a pressure suit, from 100,000 feet, and fall down to Earth. They claim his blood will boil instantly at that height without a pressure suit.

Seems fascinating. I think this could be real?

No hot air balloon has ever reached anywhere near that height.. (except in the Guinness Book of Fairytales)

http://www.redbullstratos.com/the-missi ... e-mission/
Red Bull Stratos, a mission to the edge of space, will attempt to transcend human limits that have existed for 50 years. Supported by a team of experts Felix Baumgartner plans to ascend to 120,000 feet in a stratospheric balloon and make a freefall jump rushing toward earth at supersonic speeds before parachuting to the ground. His attempt to dare atmospheric limits holds the potential to provide valuable medical and scientific research data for future pioneers.
And here is Felix! Sounds absolutely crazy to me. 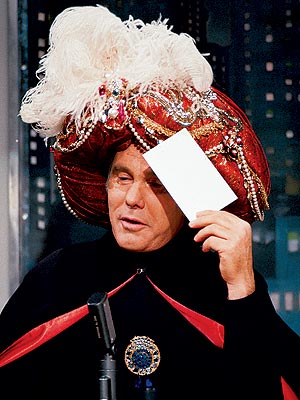 "I predict that within 5 years we will be seeing
astro-nots descending from space via parachutes."
Top

hoi.polloi wrote:... Heiwa is it physically possible, do you think?

And if you jump out at say 33 000 m altitude and drop 30 000 m free fall during say 80-90 seconds or longer in the air getting denser, your final speed at 3 000 m altitude may then be 500-600 m/s, i.e. more than speed of sound and you wonder how a parachute may stop it. Or Felix in his pressure suit is going to do acrobatic flying and try to slow down that way?

The Archimedian Principle applies: consider the ascending balloon not in the traditional sense of displaced water, but in terms of displaced air molecules.

The balloon will only rise while its volume of gas in the envelope together with the 'basket' slung beneath, weighs less than the same volume of air at a given height (viz pressure & temperature).

Obviously they're not even going to try to reach 100,000 feet, so how will they fake it? Will they sniff out some suitably low cloud cover to disappear above?

i just watched this event live on austrian television, but they 'surprisingly' cancelled it a few minutes before departure due to guts of wind...

the manage to plan a mission like that but aren't able to predict the weather conditions?!?!?!?!

According
http://www.wunderground.com/weather-for ... swell.html
the weather at Roswell, NM, was good and will stay good for a couple of days
But Roswell, NM, is a dump in the desert. End of the world. So THE PLACE for a little hoax.

"I predict that within 5 years we will be seeing
astro-nots descending from space via parachutes."

*****
Not adding anything except a very appreciatived reminder of Johnny Carson

and thank you!!
Top

You mean they're proposing to take a balloon to outer space?

Now I see why it's sponsored by Red "Bull". Must be an inside joke. I thought they might be doing something more sophisticated to try to make satellites and the ISS more believable, in light of our recent pokes and prods at the official imagery.

So it ultimately got canceled because of gusts of wind? Huh.

Oh, that's just a little bit too saccharine-sweet for my taste. I suppose his purported lineage just makes him somehow braver than all the rest of us put together. Automatic fail on his highness.

Pathetic, isn't it?! It would be a great service to round up for the public stocks all of these ghastly English noblemen whose very legends are built off the back of their completely bogus claims of Record Breaking feats.

Tricky Dicky, the Crown's favourite funnel for its famously funny Caribbean cash, is today flooding funny funds into hot-air ventures across the UK. The gallant goal (we are told) is to "touch the very edge of space" in High Altitude Balloons (helium-filled carrier bags). In the offing are gongs by the bucket-load from the Palace. And shiny medals for every Brit who can claim a new First in the name of Empire. Yet as ever, each Record will be claimed in defiance of the most basic Laws of Science. All as phony as Tricky's own Gold, awarded 1991 for ballooning the Pacific upside down and back to front!

Today, a coterie of gas-filled desperadoes trapses behind Branson like the infants of Hamlyn. The stench of the Branson wallet luring them in like alleycats drawn to a fetid old kipper. Their Jim'll-Fix-It dream to be invited aboard the VIRGIN-branded flying saucer. With just maybe a fleeting chance to sit on the lap of Sir Tricky D, the Great Galactic Admiral himself. Oh what pride to be photoshopped aboard the cartoon cockpit of the vapourware VIRGIN spaceship!

So this clown Felix Baumgartner intends to jump from 36 000 m, altitude where air pressure is only 0.15 hPa against 1 000 hPa at ground level, i.e. there is no air there. How a helium balloon can fly where there is no air to fly in is a mystery, to say the least (as already explained above).

Anyway, Felix jumps and after 35 seconds at around 31 000 m altitude his vertical velocity is that of sound, say 340 m/s, and increasing and it would appear that Felix may hit ground at say 540 m/s vertical velocity (increased air density may slow him down a little) say 70 seconds later.

It doesn’t look good. To say the least.

Asking Felix why he intends to do such a crazy thing, Felix has hinted he knows how to brake in air so it will take him 330 seconds to get down where he can release his parachute at very slow speed, 20 m/s at a fair distance over ground.

How Felix is going to slow down the drop of himself in air remains another mystery.

Maybe he's dropping down head first and has a heat shield on his helmet to slow him down.