If NASA faked the moon landings, does the agency have any credibility at all? Was the Space Shuttle program also a hoax? Is the International Space Station another one? Do not dismiss these hypotheses offhand. Check out our wider NASA research and make up your own mind about it all.
Post Reply
First unread post • 179 posts

One thing I have noticed recently is that the Nasa and other "space" channels on YouTube are getting hit hard in the comments section and down-thumbed by people calling out the fakery. Much more entertaining than Nasa's content!

This seems to be a direct result of the 'anti-ball earth' explosion and videos on how it correlates to the space program psy-ops.

As an example, check out this Nasa video with 300 plus downs to 300 plus up- votes and nearly 500 comments. I may need more popcorn and vodka.

simonshack wrote:... my upcoming TYCHO-SSSS 'solar system' model which, I can assure you, will put to rest BOTH "ball-earth-skeptics" and "Copernican-believers" - in one single serving.

Something to look forward to. I have been exploring ideas in astronomy also, even the Tychonic system. There is evidence the size of the universe is not what we've been told. I'll share it if it makes a contribution.

Getting back to business with a serious alternative theory will be a welcome change from the tedious kitsch of the ball earth skeptics. I happened to be reading up on Tycho's model when Operation Pancake launched early this year. My immediate suspicion was like Edgewaters' comment: FE is about marginalizing the real stuff.
Top

ShaneG wrote: I don't consider this to be a high traffic forum. Take a look at David Icke forum for example: there's approximately 50 times the volume of traffic there compared to here.

For sure, we are pretty small - but I'm quite happy with that, as I don't think I could handle much more traffic / activity than what we have today. At this moment in time, there are only two individuals running this place - Hoipolloi and yours truly. On my side (apart from the time needed to moderate this forum daily) I get between 5 and 10 personal e-mails every single day - mostly from non-members of the forum to which I always do my best to respond to - most of which are written by supporters of our efforts who just don't feel like registering to the forum, which is fine to me.

DavidIcke.com has more like 10 times (not 50) the volume of our traffic - if those stats engines are to be trusted:

And of course, David Icke himself is a bit of a 'rock star', isn't he? Ok, so I'm also a singer/musician - but I'm no David Bowie !

All in all, I think we're doing pretty well (traffic-wise) - all things considered.

Besides, I think we all know here that the DI forum is heavily moderated (against REAL researchers), infested with trolls and a go-to-place for assorted propagandists and bullshit artists - many of them PAID to do what they do.

The thing is, how are we supposed to combat / counter / contrast / or 'compete' against the sort of big-budget operations such as, for instance, this one?

(As it is, the below links were sent to my e-mail box today by one of the many supportive non-Cluesforum members mentioned above):

Israel to pay students to defend it online
JERUSALEM (AP) — Israel is looking to hire university students to post pro-Israel messages on social media networks — without needing to identify themselves as government-linked, officials said Wednesday. "Everyone who believes in the cause, and wants to join, can join," he told The Associated Press. He said the office was looking to budget $778,000 for the project.
http://www.usatoday.com/story/news/worl ... a/2651715/

As for your question:

ShaneG wrote:Excuse me, but how do you know for sure that the Earth is a sphere?
Here's me thinking that those NASA Apollo Earth pics were faked.

That will be for another time, Shane. Of course NASA's Earth pictures are fake. That doesn't prove the Earth is flat, does it?
Top

I thought I'd just post this little thing (already discussed over at Fakeologist) - just for the record.

It's about this Flat Earth Potato Girl (I call her "Patrica Steer Clear") saying that Cluesforum is a "limited hangout".

1: “But ..uh…if you go to see…uh…Cluesforum and Simon Shack, they really rip her [Judy Wood] apart there…(etc)”

I know, this sort of stuff shouldn't even be worth our time - but I think it goes to show what the FE Psyop is all about.
Top

In the legal concept of trademark dilution we find a parallel to the current Flat Earth alternative-media fakery campaign designed to sabotage the independent research community. For example:

Given the central role of the Flat Earth Clues videos, this understanding could generalize to the overall strategy of Operation Pancake.

We might speculate that the same principle of mimicry also explains the name choice "John le Bon", which by way of the inevitable association of "le Bon" with "Simon Le Bon", pop music star of the 1980s, could be intended to dilute "Simon Shack".

These clues in mind, we go to the Cornell University Law School website - excerpted and emphasis added:

A blurring attack is used by the Flat Earth psyop as a means of infiltration, much like how a commercial trademark infringer attempts to appropriate market share from an established brand. In this case, the mimicry extends beyond names to include topics and content.

The tarnishment attack being used against September Clues and Cluesform is what we are calling DBA.

While the concept of trademark dilution strictly applies in a different context, the Flat Earth psyop against independent research in general, and Cluesforum especially, uses equivalent methods.
Top 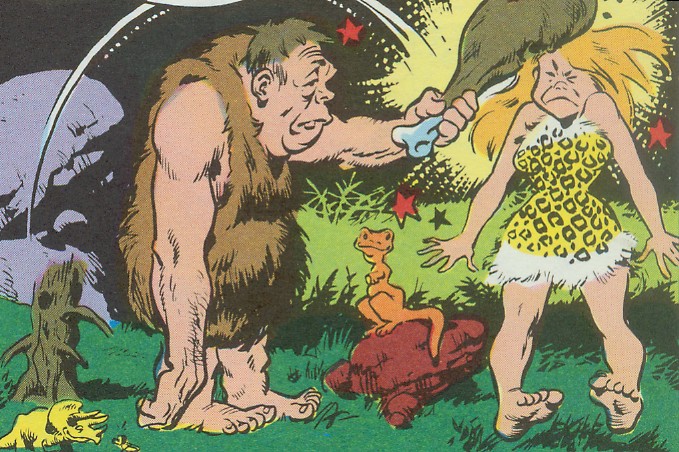 The characters currently fronting Flat Earth are a flop. Turns out there's only so much demand for their brand of pompous woo woo. Meanwhile, performances like this one by Orphan have proven youtube appeal. So maybe Flat Earth did a marketing rethink and chose Orphan's jump cuts, featuring Beethoven and Mozart, as their next thing. Presentation is the only variable Flat Earth has to play with anyway, since none of their material is really about argument from facts and logic.
Top

In the most recent "Clues Chronicle," the idea was raised regarding the deceptive inflection of newscasters. This woman seems to be speaking very heavily with the ASMR (autonomous sensory meridian response) technique, as if to induce a receptivity to the flat earth idea.
Top

Watch this video at your own peril - I'm a woman! The earth is flat?


Flat Earth and other hot potatoes 1 week ago
This is the best thing ever. Thank you!!!


markksargent 6 days ago
She is infectious, just like Flat Earth. Once it's in your head, forever will it stay

This is the best thing ever. Thank you!!!

'A sure sign of someone who wears his underpants on his head.'

Update on the FE DBA campaign ...

Robin_FormerArmySatelliteTech_01.JPG
At 44:30 of that "Globebusters" video, my ALERT-USHUAIA point gets addressed.

Enjoy the two 'explanations' submitted by the speaker:

Let us wait and see what FE expert Eric Dubay comes up with - regarding my ALERT-USHUAIA point.
You do not have the required permissions to view the files attached to this post.
Top

The International Flat Earth Research Society was created by Samuel Shenton in 1956; Sputnik was put into "orbit" in 1957.

It is strange that Eric Dubay, much of whose work is clearly influenced by Clues Forum (It is actually thanks to him that I discovered this place), would "revive" IFERS a few years after the researchers here began to unveil the extent of NASA fakery.

I feel like I'm saying the obvious, but the "conspiracy community," for whatever reason, is overwhelmingly populated with men. The only prominent female conspiracists I can think of are Mae Brussell and Judy Wood. Are there any regular female posters on this board aside from Apache (as determined by searching the Introduce Yourself thread for "female")? [edit- forgot about Kham!] Am I the only guy here who finds dating to be a generally depressing experience? (Hey, at least there is an instant "exit strategy," if so desired) I find it strange that so many of these "flat earthers" would be women. I doubt anyone today would even consider the idea that the Earth is flat unless they already have been devastated by other forms of media deception, so why are there so many (drunk) women promoting this, when they are completely under-represented in other fields of conspiracy research?
Last edited by starfish prime on Fri Nov 13, 2015 3:36 am, edited 1 time in total.
Top

Of course, we may not know why one demographic is more female than another, but in this case it seems awfully convenient. Subconsciously, for the psychopaths leading the charge of this propaganda, does "drunk female" subconsciously equate to "easy prey" and so they hope to lure those researchers with more psycho tendencies back to the herd — and by "going back" to the designed limited hang out, do they actually end up looking like greater numbers of jerks and misogynists in the researcher communities? Perhaps I am overthinking things in a wrong direction.

I do feel sometimes that there is a deliberate desire on the part of the perps to try to pit psychopathic people against empathic people, with the gamble that if they don't outnumber us empaths, they can out-power us.
Top

starfish prime wrote:The International Flat Earth Research Society was created by Samuel Shenton in 1956; Sputnik was put into "orbit" in 1957.

As for the FE female thing (and as you rightly note, that the "conspiracy community," for whatever reason, is overwhelmingly populated with men), look at what I bumped into today...