If NASA faked the moon landings, does the agency have any credibility at all? Was the Space Shuttle program also a hoax? Is the International Space Station another one? Do not dismiss these hypotheses offhand. Check out our wider NASA research and make up your own mind about it all.
Post Reply
First unread post • 1 post • Page 1 of 1

I first heard about Margaret Hamilton, Director of Software Engineering for Apollo 11, three years ago, when the software that controlled the Command Module and Lunar Module was posted to GitHub! An article on QUARTZ announced this on July 9, 2016.

The QUARTZ article features a photo of her in 1969 (at age 33) with a towering stack of huge binders of paper representing her group's guidance software: 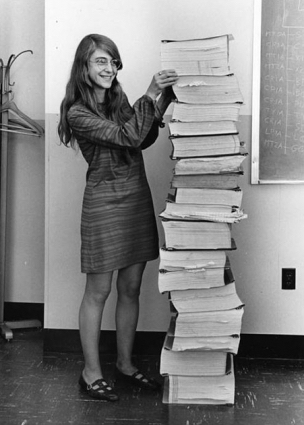 When I first came across this character, I was instantly reminded of another Margaret Hamilton, the actress who played the Wicked Witch of the West in the Wizard of Oz. You know the one who controlled the flying monkeys? 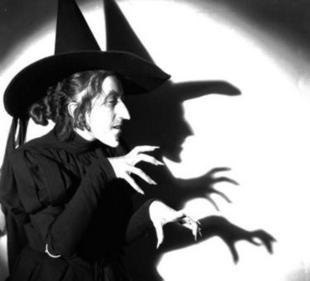 Of course “witch” is just another word for “moon priestess.” At first I thought she was invented in 2016 in the run-up to the grand 50th anniversary of Apollo 11, but it turns out, if the Internet Archive is to be trusted, she first appeared as early as 2001, or at least 2002 when this page was updated, on a conference of Apollo 11 scientists who came together to reminisce.

And then she got an award from NASA in 2003 for her “groundbreaking work”:


But as far as I can tell there was no mention of her in the popular press until she was acknowledged by Wired in 2014:


No mention of Margaret Hamilton in these previously published articles regarding Apollo software:


In another Wired article from 2015, the story expands to include her daughter, and includes the first “historical” photos. If you flip through the slide show you will see her with the stack of paper binders:


Then in 2016 with the article on the GitHub upload the “stack of paper” photo was featured prominently:

(Here can find her name mentioned in the code: https://github.com/chrislgarry/Apollo-1 ... ROVALS.agc)


That year she won the Presidential Medal Of Freedom for her work along with fellow historical paste-in actor Tom Hanks:

Here are some discussions of that “iconic photo”:


And finally, an interview with Margaret Hamilton from the Mountain View Computer History Museum: