This one's got a funny guy who tells us he's "terrified and in shock" and does this odd thing with his hand over his mouth. WTF?

That screen cap of the people, on the roadside along the route of the funeral procession, with pink streamers hardly looks somber to me at all. "Don't worry, she's not dead she is in Heaven with Jesus at Chuckie Cheese or Celebration Station......" Also, it well put me in mind of Darlene Routier spraying Silly String all over her children's (that she allegedly killed) graves because they would have liked that or something. This last is personal but it just annoys me that everything has to have a damn theme or it a'int legitimate. "OK, the theme for today's funeral is going to be pink streamers, ribbons and balloons so everyone go to Joann's Fabric, I think they have them there and Dollar Tree has the pink baloons.........."
Top

nonhocapito wrote:Yes well spotted lux! This is blatant.
It gives me the creeps to see that these hand signs are a real thing. Not that I didn't know, given the many "do what you will" references encountered along the 9/11 trails... Just so people don't have to keep looking through the vid.
Top

lux wrote:This one's got a funny guy who tells us he's "terrified and in shock" and does this odd thing with his hand over his mouth. WTF?

2:36 - comparison of events to 'the terror of 9/11' with imagery of burning twin towers

Apparently Benjamin Wheeler liked lighthouses, and someone is good at photoshop. I find the original picture strange given that the background is in focus despite the subject taking up the majority of the frame. Unfortunately this is the best quality available for this image.

Why is everyone in this photo wearing blue? Adam Lanza is supposedly the only face not blurred out.
Top

The laziness / ineptness of those photoshloppers is staggering... I went to Google Maps and searched for "Newtown CT Satan" and found this...

I found this during a search on Satan's Kingdom

"Unlike the traditions associated with places named for the Devil, legend and history blend together in the accounts which explain the origin of Satan's Kingdom and Satan's Ridge, both in New Hartford. According to legend, Satan once used the rocky gorge of the Farmington River bearing his name as his exclusive playground. Here, he and his band of lesser demons gamboled away their days and nights, until the day finally came when the Angel Gabriel blew them all away with one blast from his golden trumpet. Gabriel and the good angels had decided that the rugged area was just too lovely to be cluttered up with demonic denizens.
Whether the tale of Gabriel's environmental beautification program is true or not is hard to say, but according to the historical record, the Satan's Kingdom district did, in fact, once serve as a refuge for a scattering of human beings who might easily have been mistaken for devils. Either attracted by the place's name, or -- more likely -- its isolated and inaccessible location, a notorious group of "Indians, Negroes and renegade whites" settled in the Kingdom, in the last years of the eighteenth century. Using their settlement as both home and hideout, the inhabitants ranged the region far and wide, begging, robbing, vandalizing and stealing anything that wasn't nailed down. Before the nest of thieves was finally cleared by law enforcement officers -- Gabriel was not available -- they say that Satan's Kingdom had grown so evil that it was even giving the Devil a bad name. Anyway, the raid may have marked the beginning of the end for the Devil in Connecticut.

While interesting, this seems like just another Hangout to try to prove the existence of real victims.

I took a closer look at this often used photo...

In the ibtimes.com article linked above check out this paragraph. Total Information Control!!!!!
"When Chalk Hill reopens there will be police stationed at the school. The media will not be allowed to interview any of the children and only a single camera crew will be allowed to shoot video, McCauley said."
Top

The laziness / ineptness of those photoshloppers is staggering...

I've just noticed the very straight cut edge running along the length of her hand.
Top

lux wrote:This one's got a funny guy who tells us he's "terrified and in shock" and does this odd thing with his hand over his mouth. WTF?

This is what I usually do in order to conceal/stop laughing and remain a serious pose while making fun out of somebody . This is exactly what this whore is doing

She really loved that sweater...

Reminds me of the ubiquitous skull cardigan/rock alter images from Utoya: 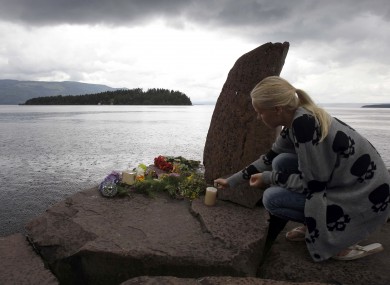 Here is a pretty good video I just came across. I never knew that most of the images were at the Firehouse.

It's the temporary location for the relocated school...at 'Chalk Hill School'. Within a spare school campus, Monroe...which already has two schools there? I thought I didn't properly understand the US education system, now I know that for sure.


The children who escaped last month's shootings at Sandy Hook Elementary School in Connecticut returned to classes on Thursday in a neighbouring town in a refurbished school now named after their old one.

She said the Sandy Hook staff made that decision.

"That's who they are. They're the Sandy Hook family," Ms Robinson said after a news conference at a park in Monroe a few miles from the school.

Brutal Metal wrote:I can't believe there's scores of New Yorkers volunteering to turn there firearms in cause some politician told you too? WOW!

And it is sad because that's also a way to say: "I don't even trust myself or my family members with this. We are all potential criminals." People are being trained to think of themselves as criminals, as rotten individuals, and be scared of their own shadow. It's disgusting.

And the absurd thing is that, simply put, a criminal does not follow the law.
So what's the use to make the law more prohibitionist? Coming from the italian experience, where guns are not popular among the general population and are very hard to get by law, I can assure anyone that this is not a problem for organized crime, not only to get a hold of weapons when needed, but also to largely traffic with them.
If anything prohibition will (as it always happens) favor the black market. Rich guys will probably profit illegally out of this.

As to the alleged kids who allegedly go out of their mind and start shooting everyone: even if these cases weren't pure psyops probably entirely faked since the days of columbine or earlier, even if such behaviors belonged to reality, what would prevent said kids to find either illegal weapons or other means of destruction?

As it is clear to anyone in his right mind, this whole thing is not really about guns as it is about spreading fear and the need for control.


I think the stories of people supposedly voluntarily turning in their guns are as fake as the whole sandyhookhoax shooting.

It's been my experience that anyone who has gone to length to purchase a gun and obtain a permit for it would be the last sort of person willingly/voluntarily giving up their arms because of a supposed school shooting massacre that happened in a town far away to people they don't know.

Of course, at this point, the new story seems to be - gun purchases are at an all time high. Is this real? So wouldn't that make this whole fake shooting to promote fear and gun control seem to have defeated its own purpose?
Top

Also, the more they create the idea that there are crazy people running around with guns the less likely a citizen will be to give up his/her guns. Obviously, if they have no weapon to defend themselves they will be at the mercy of these crazies. Even a brainwashed rube can see that.

It is a self-defeating tactic but we will see how far they go with it. It's not going to be easy here in the USA. No where on Earth are guns as much a part of the cultural identity as in America, especially the Western states.

I think at this point they only intend to ban certain weapons and make registration of all guns mandatory (so they can later confiscate them more easily). I'm sure more "shooting" incidents will follow.
Top
Post Reply
1550 posts