Discussing the most relevant "sequels" or "reminders" of 9/11. The so-called "War On Terror" is a global scam finalized to manipulate this world's population with crass fear-mongering tactics designed to scare you shitless.
Post Reply
First unread post • 409 posts


Why am I reminded of this lying face?

Simon, why don't you make your posts "sticky" or something, don't want them getting lost or skimmed over.
Top

They lost parents in 9/11. Here's their message for Paris.

GREGORY REIBENBERG - owner of the "La Belle Equipe" restaurant, where 19 people allegedly died, including Reibenberg's wife (who reportedly "died in his arms"). This video includes a most pathetic subsequent meeting inside Reibenberg's restaurant …

Mr Reibenberg's account (at 0:22) of losing his wife is, to say the least, absurdly curt and cold.


Gregory Reibenberg, at the scene of the 13 November attacks at the restaurant “La Belle Équipe,” as filmed by the M6 TV crew embedded with fire station Chaligny. This is the head of the police unit which arrived at the scene of the restaurant "La Belle Équipe” [08:36-09:00]. While walking at a slow pace and explaining “that the shooter(s) may still be around," he has the time to stop twice to describe the situation for the camera.

But writers of fiction, of course, just like NASA JPL engineer Gentry Lee, one of the NASA engineers who approved the fairy-tale concept of the preposterous Mars Science Laboratory (MSL) “Sky-Crane” landing vehicle, an avid writer of science-fiction novels with fanciful titles such as The Brama Universe (1996) or The Tranquility Wars (2001). 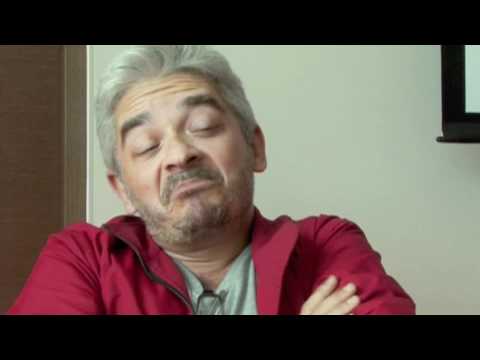 Grégory Reibenberg is a bare-faced liar.

The alleged owner of the little "La Belle Equipe" café-restaurant where 19 persons supposedly were shot dead (and who claims his Muslim wife "died in his arms") is none other than the son of Boris Reibenberg, the Jewish insurance mogul (and avid poker player). Grégory himself has been on the board of directors of his dad's infamous insurance group for years. Only three years ago, the dire / catastrophic collapse of the Groupama insurance group (headed by father & son Reibenberg + two other associates) made the headlines in the French media :

Today, the Reibenbergs (father and son), whose troubled Groupama firm was once bailed out by the French government, are running a new insurance group named "PRESENCE". The below-linked article announcing the 2013 launch of their upstart PRESENCE venture cites the following four individuals as the "historical quartet of directors" behind the firm - which includes Grégory himself : Yet, here we have the Grégory buffoon (and his 'personal psychologist') appearing on French TV, posing as the "resilient-restaurant-owner-who-lost-his-wife-but-feels-no-anger" - and whom the TV anchorman praises for his courage and composure...

That's all for now folks - my day's work of diggings is over. Another clown is down.

Following on from my original post, I wanted to add some meat to the bones as I had limited time to post previously.

Nick Alexander was the "Merch guy for the EODM" (36). I can't trace any family member name to check out as they are quoted by the MSM en masse. However, I was drawn to the Masonic finger gesture in the original photo distributed on the web. The chosen One?

His so called GF, Polina (Volkova) Buckley, 25 - what unmarried Russian woman has the surname Buckley? - is seen here in a touching performance for the cameras at the French Consulate in New York. I should remind you that this actress is a student at the revered Lee Strasberg Institute of Theatre (see Marilyn Monroe). This photograph was taken the day after her "BF" had been killed in the arms of his ex-lover, so it is heartening that she took a photo of him to the consulate just in case the sad sheeple didn't put 2 and 2 together.

In fact, this reporter had to ask who she was. Check out her nose...

The Coroner that allegedly carried out his post-mortem has recently been removed from duties for misconduct (2014) and more recently criticised for presiding over many deaths of patients in Mental Health institutions. Compromised, perhaps?


But back to Helen Wilson, the ex that held him in her arms as he died. Nick (Old Nick - The Devil, get it?) Alexander (better known as Paris in Greek mythology who eloped with Helen) - Ok perhaps this is a step too far, was 36 with a 25 year old Russian born, American GF, yet his previous GF was a 49 year old Aussie? Ring true? Nah. 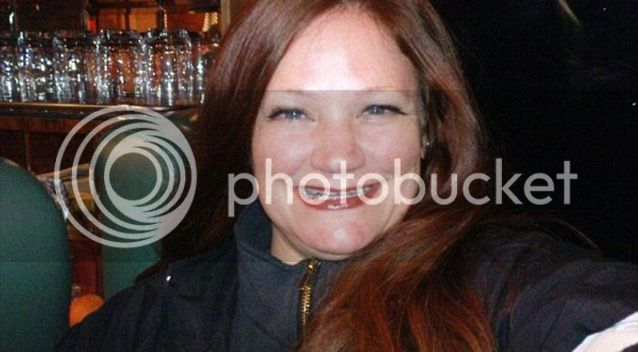 But back to Helen Wilson, the ex that held him in her arms as he died. Nick (Old Nick - The Devil, get it?) Alexander (better known as Paris in Greek mythology who eloped with Helen) - Ok perhaps this is a step too far, was 36 with a 25 year old Russian born, American GF, yet his previous GF was a 49 year old Aussie? Ring true? Nah.

‘So Zipper Down is the Eagles of Death Metal response to terrorism?’ ‘Yeah.’

TWO months before the tragedy that unfolded one hour into their Paris concert, Eagles of Death Metal made a flippant joke to Rolling Stone that will now send shivers down your spine.

Their latest album Zipper Down had ended a seven-year hiatus for the American rockers, known for their clever prose and silly irreverence.

“We realize that our lack of putting out a record, that absence of Eagles of Death Metal music, had a really negative byproduct. There were all sorts of Middle East troubles and all these other things, so we’re sorry for that,” member Josh Homme said in the September 17 article.

“So essentially Zipper Down is the Eagles of Death Metal response to terrorism?” Rolling Stone journalist Johnathan Dick asked.

“Yeah. We put out a record and human rights are better, the world feels better, people make more money, there’s less anger, people are more respectful to women and to homosexuals, and they’re generally nicer each other, they’re kinder to each other, and that’s why we really felt like it was time to let the healing begin,” Homme replied.

I hate to be a pest, but on page 14 of this thread, you posted a horrible "photo" composite of the crowd at the Bataclan with the devil's horns but did not include a link to the original source. Would you mind adding it?

This is the happiest crisis actor I have ever seen, absurd interview. Maybe it can be good to show this to people who believe the paris hoax was real.

May be just my own mind seeing into this.
Program title: "Emma's Survival" — I'm sure this is purely coincidental — Roman numerals and math equations:

*
This is no news to our regular readers - but once again, we have seen what a CENTRAL & CRUCIAL role the media industry plays in these staged "Islamic terror" events. On 9/11, we already saw how all the major American TV networks supplied scores of their own employees to act as "firsthand eyewitnesses" to the scripted "terror" narrative. However, in this latest French episode of the ongoing "Traveling Terror Circus" (TTC), what strikes me is how - in this European psyop - the news media complicity extends even to the smaller, regional, 'independent' press (and minor TV stations) spread around the French territory... including, perhaps unsurprisingly, 'non-profit' organizations such as "Reporters Without Borders". Journalist Jean-Marie De Peretti is a veteran board member of the "Reporters Sans Frontières" organization.

"Reporters Without Borders (RWB), or Reporters Sans Frontières (RSF), is a France-based international non-profit, non-governmental organization that promotes and defends freedom of information and freedom of the press. The organization has consultant status at the United Nations." https://en.wikipedia.org/wiki/Reporters_Without_Borders

In the below video (from April this year) Mr De Peretti goes on about the 'noble' work of RSF and its efforts to defend journalists and the "freedom of press" all around the world. Amazingly enough, at 3:20 into the video, he announces the 'quality' participation (to their upcoming RSF conference) of none other than - believe it or not - our 'ol pal' Patrick Pelloux! Wow. Small world, innit? Now, Mr De Peretti claims to have lost his daughter Aurélie in the 'Bataclan attack'. He says that Aurélie (age 34 - or due to turn 34 on Dec 11 2015, according to her phony-looking FB page) had "looked forward for months' to the EAGLES OF DEATH METAL concert" (yep, no kidding - "for months"!...). He has stated that he knew Aurélie was in the Bataclan that night - and that he and his wife spent an "anguishing night - in their St.Tropez home - watching the many live TV broadcasts of the Paris terror events". Here he is, performing his 'grieving father' act: https://youtu.be/_riWbPm0GlU

The 'grieving father' De Peretti is now cast (Bob McIlvaine-style https://www.youtube.com/watch?v=6aPvJSQtmoE ) as an angry ol' man who has decided to boycott the official / presidential remembrance ceremonies - as he bitterly blames the French government's "failure to take adequate security measures following the Charlie Hebdo January 7th attack". Here he is performing for the French TV cameras:


In stark contrast to her father's claims, Mr De Peretti's (alleged) other daughter Delphyne (age 35) - claims she couldn't reach her parents that fateful night - "as they both had gone to bed early". Delphyne, (who, we are told, once worked as "event coordinator" for Reporters Sans Frontières), has apparently lived in London for the last 13 years. Delphyne has THIS picture on her Fecebook page, purportedly depicting the two (twin-looking) sisters :

"AURELIE and sister DELPHYNE" (as posted on Delphyne's Fecebook page): 'Sister Delphyne' has THIS banner among her Fecebook photos. I am guessing that, with this message, Delphyne is ... telling the truth !

Here is, on the other hand, 'Aurélie's' quite phony-looking / derelict / phantom Fecebook page - FWIW: https://www.facebook.com/aurel.deperetti
Note that, on THIS page, her alleged sister Delphyne has left a few comments - so we have to assume that this is really meant to be the 'Bataclan victim' Aurélie's actual Fecebook page. And this is where another major problem arises: the portrait of "Aurélie" on her purported FB page bears NO RESEMBLANCE WHATSOEVER to the girl(s) subsequently released on NICE-MATIN (a newspaper which Mr De Peretti's works - or has worked - for ): Is this "Aurélie" entity, in fact, Delphyne ? https://www.facebook.com/photo.php?fbid ... =3&theater

That's all for today, folks - another clown is down.
I will let you imagine for yourselves JUST HOW these alleged 'terror victims' might be created - out of thin air.
I would certainly add Mr De Peretti to my "WANTED FOR INTERROGATION" list - along with Mr Psenny and Mr Reibenberg.

********
A big hat tip to the indefatigable researcher 'xileffilex' - over at Fakeologist - for his fine work on the De Peretti clown, check it out :
http://fakeologist.com/forums/topic/par ... ost-483962
Top

Serik wrote:This is the happiest crisis actor I have ever seen, absurd interview. Maybe it can be good to show this to people who believe the paris hoax was real.

Applying the "what's wrong with this picture" technique of media fakery detection, part of the Shack Method, we notice a lot of oddly inappropriate emotion on offer from these Paris the 13th actors. We're not buying it, of course. What's more, it gets one thinking that many of these interviews were recorded before the actual fake terror event occurred, hence the incongruous emotional tone of the actors (whose need-to-know does not include the use to which their performances will be put). Maybe it is SOP to have this type of interview already in the can before the fake terror event happens, whenever possible. That way, a crisis actor's performance can't subtly reveal guilt or hesitation about contributing to such an ugly fraud.
Top
Post Reply
409 posts