Discussing the most relevant "sequels" or "reminders" of 9/11. The so-called "War On Terror" is a global scam finalized to manipulate this world's population with crass fear-mongering tactics designed to scare you shitless.
Post Reply
First unread post • 120 posts

According to the media, around 8:00 am there were (at least) 2 explosions in the departure lounge at Brussels Airport. Prior to the explosions, several witnesses heard shooting and shouting in Arabic.
At least one of the explosions happened near the check-in area of American Airlines. 11 people died (now at least 13), many were wounded.
A reporter from skynews happened to be present and made a "live" report.

Here are some pictures 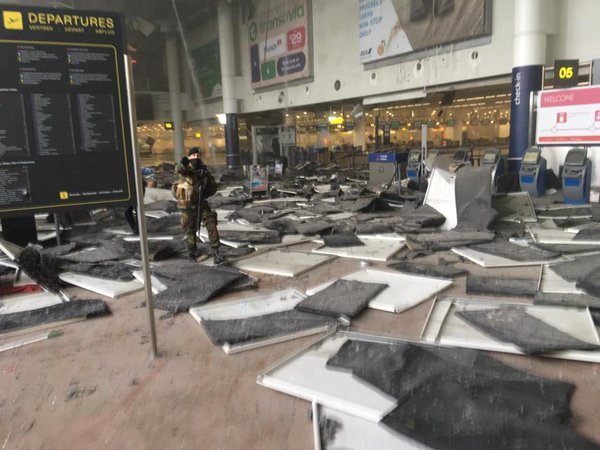 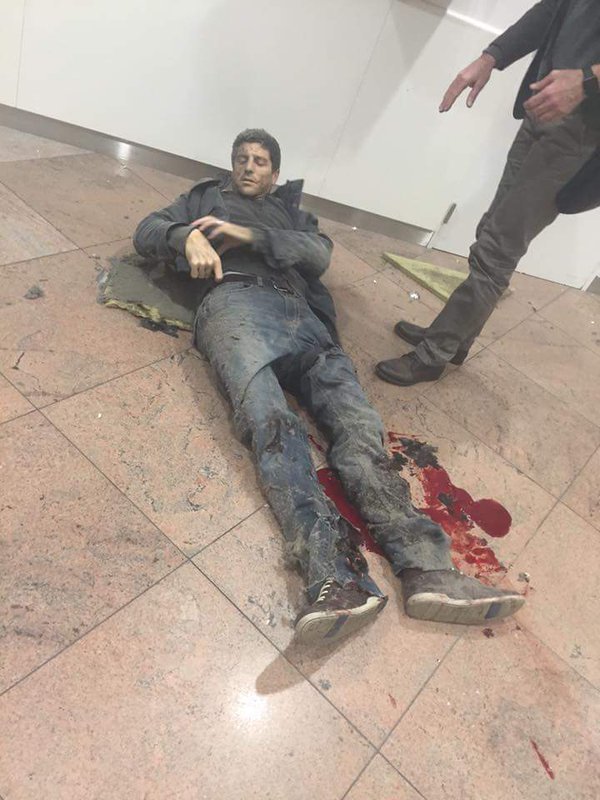 With what I know, it obviously looks completely fake. However, I could use some help to find evidence to convince my countrymen.
Brussels Airport is our largest airport. It is operated by The Brussels Airport Company. According to wikipedia, the owners are: "Ontario Teachers’ Pension Plan" (39% of stocks), the Australian group Macquarie (36%) and the Belgian government (25%)
Last edited by Seneca on Tue Mar 22, 2016 11:24 am, edited 1 time in total.
Top

Also, according to the media, there were explosions in at least 1 Brussels metro station, "Maalbeek" at 9:11 am. 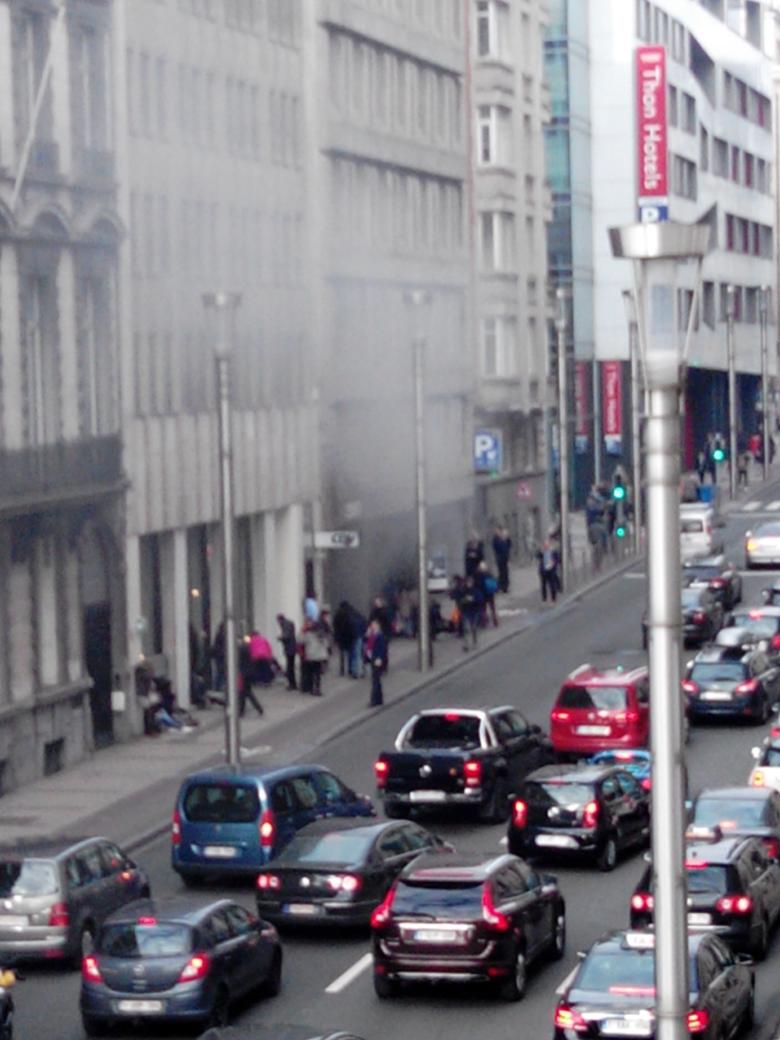 No deaths apparently. the numbers keep changing, now they are tallking about 15 deaths, possibly 30

This at a time when terrorism is a very hot item in the news, connected to the Paris attack. Supposedly the only suicide terrorist that survived that attack was hiding here and arrested in friday..
Top

Let's make a start with the numbers.

Intelligence agencies your number (11) is up!

Simon, I think it's going to be an interesting year in several ways

Get ready for this to be over people's FB, etc., just like the Paris flag colors and the Rainbow flag:

The official Twitter account of the city of Paris also changed its profile image to the colours of the Belgian flag.

"We are wholeheartedly with the people of Belgium," the account posted.
Top

Scroll down the page to the video (Eyewitnesses at Brussels airport describe the moment the blast hit), the black guy at the end (00:49) really gets in on the act.

Edit...they have now taken the video off the report. It was no wonder because it was the most contrived piece of ham acting I have ever witnessed.
Last edited by kickstones on Tue Mar 22, 2016 4:10 pm, edited 1 time in total.
Top

Interesting tweet, however the guy has too many pics of the "situation" from his room so this may just be a carrot:

Possibly a controlled explosion in or very near the hotel. Whilst this was going on the hotel wifi was off. Now allowed back to my room.

Interesting sign in this video that the airport is under construction and the passengers being evacuated are coming from that area. Put the sign across from the Victoria's Secret store for distraction. Pause the video immediately to read the sign:

Mods - unable to embed this video with the options in the Embed videos drop down menu. Please embed if possible

The Daily Mail is across it, of course...

This one is quite astonishing though... 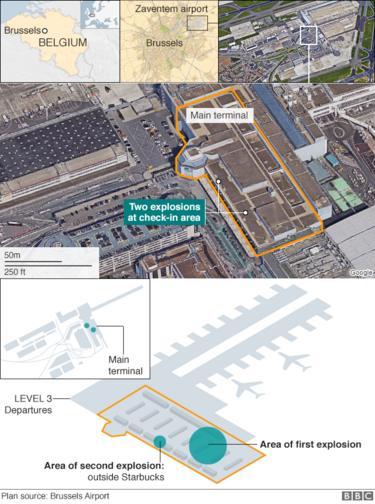 Based on the locations of the supposed explosions, it is impossible that they caused the damage seen on the left side of this picture.

Caption: "A man covered in blood walks away from the airport (Picture: AP)"

Seneca wrote: At least one of the explosions happened near the check-in area of American Airlines. 11 people died (now at least 13), many were wounded.

The new norm after terror attacks - celebrate with music in the streets. Paris had the piano and Brussels gets a Cello:

Seneca wrote:Also, according to the media, there were explosions in at least 1 Brussels metro station, "Maalbeek" at 9:11 am.

No deaths apparently. the numbers keep changing, now they are tallking about 15 deaths, possibly 30

This at a time when terrorism is a very hot item in the news, connected to the Paris attack. Supposedly the only suicide terrorist that survived that attack was hiding here and arrested in friday..

Looks like they did a better job with the smoke bombs in Boston than this. The Brussels hoax looks like it was hastily planned, none of these vicsims seem to be in much pain at all. Where's the wound on the Authentic Chicago guy?
Top

According to the "Dailymail" Mr Mason (pictured below) survived Boston, Paris and now Brussels. How can a nail bomb cause the ceiling tiles to fall without doing any other visible damage, for example to the billboards in the second picture?
And don't tell me the suicide terrorists were flying near the ceiling.
The first picture could also be from another building. Here is a picture of the 3 suspected terrorists at Brussels Airport, wearing suicide vests. (According to other reports, the bombs were in the suitcases.)
Just like in Paris, one of the "suicide terrorists" survived. His suicide vest was found and was safely detonated.
Can you guess from the picture which of the 3 men survived?

The black gloves are believed to have contained detonators.
Top
Post Reply
120 posts