nonhocapito » October 3rd, 2017, 7:56 am wrote:One possibility is that the weapon (if any) was only shooting blanks and some actors, mixed among the real crowd, posed as victims, pretended to fall in pools of fake blood. This would perhaps be more doable than staging the whole thing with the alleged 20,000 people present. Of course, it might have been just 1,000 or 500 people, and who's to say differently, when the media tell us so? All images of the concert area don't necessarily look very crowded.

This is exactly my train of thought. What better way to make the whole thing look and feel "real" than to disperse a handful of agents with squibs attached to their bodies and fake blood, amongst a crowd of several thousand people. Lights, camera, action, aaaand fire the blanks!

The real crowd panics and disperses, with everyone screaming and running in different directions. The emotions are very real, because these people have no idea what's actually going on, so everything comes across as "real".


This would be the police being kept in check by the shooter, except there are guys standing around the car as if nothing was happening. "Route 91 harvest", nice touch.

The mannequin is a nice touch, isn't it?

For some reason I can't see the images, but yeah truly genius and simple plan, the planted people and such.
Top

A gun enthusiast, the perfect vehicle to get that debate going, probably further distraction on top of this colossal hoax. Yeah, they most likely put multiple sources of flashes in the building to get people on a conspiracy path that leads them to believe it is a true event and get people chasing bogeyman "accomplices". Also a discredit by association when other people debunk this guy.
Top

nonhocapito » October 3rd, 2017, 8:56 am wrote:One possibility is that the weapon (if any) was only shooting blanks and some actors, mixed among the real crowd, posed as victims, pretended to fall in pools of fake blood. This would perhaps be more doable than staging the whole thing with the alleged 20,000 people present. Of course, it might have been just 1,000 or 500 people, and who's to say differently, when the media tell us so? All images of the concert area don't necessarily look very crowded.

At any rate, here's some imagery. To my discredit, I've taken this from /pol/ and I cannot otherwise source it, although a reverse search on google should help:

1507022310144.jpg
These are supposed to be the victims once the scene was vacated by most people. As of now, I haven't seen any videos of people actually getting shot. For all I know, these are actors with emptied squibs patiently waiting for the fake ambulances to take them away.

1507040507343.png
This is supposed to be one of the spectators defiantly giving the finger to the shooter.

1507040786662.jpg
This would be the police being kept in check by the shooter, except there are guys standing around the car as if nothing was happening. "Route 91 harvest", nice touch.

1507041706672.jpg
This would be one of the actors/agents being recycled from Sandy hook and the James Foley Libyan incident.

We are told the alleged shooter was a well-off accountant and master of poker. But this must be a coincidence for sure... 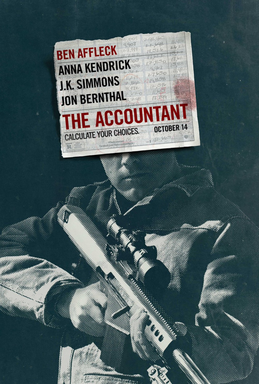 ...although a very similar sniper assault rifle is supposed to have been the weapon of choice of the "accountant":
1507035325343.jpg
Finally, there are other ideas around the Internets including this unlikely NASA connection:
1507039106360.png
Paddock is also said to have worked for Lockeed. The fodder conspiracy bag is certainly heavy on this one. The picture with guys just nonchalantly standing around the squad car with police that have their guns drawn, ducking in cover is just comical.
It's especially comical if you happen to watch LivePD the cop tv show. Police would NEVER allow citizens to idle around in an area where they clearly deem it is still dangerous.
Top

Stephen Gorham Paddock, Jr., 71, of Colorado Springs, passed away on January 24, 2013. Steve was born on July 28, 1941 in Cleveland, Ohio to the late Stephen and Helene (McNally) Paddock. After attending high school in Dallas, Texas, Steve graduated from Georgia Tech in Atlanta, Georgia. He worked in Aerospace engineering for over 40 years and retired from the Boeing Aerospace Company in 2002. On October 31, 1964, Steve married Louise “Lou” McConnell and together raised three children.

In his spare time, Steve enjoyed working on stained glass, spending time with his family, fishing and was an avid golfer. Over the past five years, he enjoyed preparing meals at the Marian House Soup Kitchen and following retirement, enjoyed extensive travel excursions.

A Mass of Christian Burial will be held at 11:00AM, Tuesday, January 29, 2013 at Holy Apostles Catholic Church, 4925 N. Carefree Circle in Colorado Springs.

A gun enthusiast, the perfect vehicle to get that debate going, probably further distraction on top of this colossal hoax.

I hear the gun was illegal, a 'fact' in favour of the pro-gun people (the law didn't stop him.) Always playing both sides.
Top

Well, I think I finally found enough convincing evidence this wasn't all fake.

Pretty graphic. A bit weird that the guy was filming, but pretty convincing.
Still a lot of inconsistencies, but those people appear dead to me...or else they've really upped their game.

and photos inside the hotel room. Seriously graphic...warning. Didn't think we'd find these so soon. I don't go to live leaks much, so not sure this is typical. I saw a disgusting video once of a dog being boiled alive and never returned.

Pretty graphic. A bit weird that the guy was filming, but pretty convincing.

So because something is "graphic" it must be true? Have you ever watched a Hollywood movie? There's absolutely nothing in that nonsensical video (a guy running from corpse to corpse putting his fingers where he shouldn't and filming dead people he's not authorized to film, let alone "leak") that couldn't be faked.

Don't let the "shocking" stuff fool you, the shock value is added precisely in order to lower the level of your critical thinking. That's how the 9/11 theater worked, right?
Top

Well if nothing else they improved their special effects. The blood pools looked real, unlike the other fake events. I guess it could have been staged after the non actors cleared out. It was very curious that some guy told him everyone on the field was dead after the lights went down, but no paramedics on scene once again. I almost had the feeling the camera guy was pretending to do all this to expose it and act like he was part of the crew or just see for himself what was happening. There so much other stuff that doesn't add up and there are definitely crisis actors. I guess they chose a millionaire accountant with a clean record to make us all afraid of our neighbors.

Did anyone watch the cab driver who took "broken Leg" and screaming actors? Of course they were walking on the broken leg and wanted to get dropped at Luxor, which is right across the damn street instead of the hospital...then overselling it.

Apparently this 1" glass is really hard to break too.

Also, I noticed photos of funeral home trucks leaving the scene the next day. Is that ever the case? Don't they always take you to the hospital in an ambulance even if dead for record keeping if nothing else? You can't just skip a coroner and go directly to a funeral home right?
Top

Pretty graphic. A bit weird that the guy was filming, but pretty convincing.
Still a lot of inconsistencies, but those people appear dead to me...or else they've really upped their game.

People laying very still while on camera and fake blood. Considering the claimed method of killing, I would expect a lot of GORE, not simply blood. People shot with high powered riffles would have heads exploded, arms and legs dangling by meat, innards blown out. Not simply pools of blood.
Top

In this video we hear one of the girls saying: "it's the PA system", in reference to the popping sound of the shooting.

Perhaps a generated sound from the PA system was actually enough to start the psyop, with actors in the crowd pretending to fall down dead with squibs at hearing the noise?

The next video is also mildly interesting. The taxi driver hears the shooting but declares multiple times that everything appears to be normal. She then proceeds to pick up a number of fleeing teenagers that seem to be overacting their fear and shock:

In this video a girl appears to be pinned down with others at the bar then managing to flee. Once again, the video shows nobody being killed or dead, but a lot of visible and expressed fear not necessarily believable.

In other directions and destinations, the gloomy pictures of the mass murderer's room, with weird and selective lightning, and with a partial close up of a suicider body with an entry wound in the chest.

the "investigations" over at /pol/:

a) Shell casings on top of blood as if they were placed there afterwards (digitally) .

b) No ear protection seen anywhere in the room in the photos. No way someone especially of that age could have fired off that many real rounds in a closed room without causing some major issues to their ears resulting in shell shock.

I am pretty sure that this is just another staged event. I mean c'mon. We're talking about friggin' Las Vegas here. The security is fucking unreal in this place. About the victims: I actually believe that there are indeed 'injured' people, but not by gun shots (I believe this was actually just a sound). Imagine a concert, filled with a crowd of over 20,000 people. Now, someone plays a fake gun shoot sound, some actors play dead and panic breaks out. It's an interesting recombination strategy. Now, in a panic situation, people tend to run as fast as they can to leave the dangerous place. Obviously, you could imagine what happens if you fall on ground and like over 300 people are 'running' right over your whole body 'cuz of panic. So, my guesses are that there are indeed about 3 to 8 real injured people (not sure about this; just guessing) (caused by other panicked people running over other people; and trust me, you shouldn't underestimate that), while there are around 30-130 actors playing their role as injured people and the media additionally dramatizing it by faking the amount of injured people to 500 + creating non-existing victims + fake names.
Top

There is this guy, a firefighter from California on holiday wearing a Broken Skull Ranch hat who claims "honestly" to pronounce 15-20 people dead. SWAT gives him a vest and sends him in because he is a firefighter on holiday.

An off-duty firefighter from another state pronouncing people dead? I thought only a physician could legally do that?