Anything on the news and elsewhere in the media with evidence of digital manipulation, bogus story-lines and propaganda
Post Reply
First unread post • 98 posts

Just casually looking at Liam Sweeney, noticed he's also got a FB page started after his death, just like the Canadian victim, Andrei Anghel. The media are saying they got the pics of both from FB but these accounts are blatantly bogus:

Jillian Fidler
Yesterday at 2:16pm
These are just spammy pages, not pages set up by anyone genuine in memory of their loved ones. ‪#‎Sick‬

Carl Ames
Yesterday at 6:58am
This needs closing down.....I am all for a page in tribute to the 2 local lads killed but this is exploitation...Notice this was posted by the host of the page so it wasnt posted by some troll..When I clicked on the link I was bombarded with porn links....Even if It was footage of the crash do you realy think it should be on a supposed tribute page???? I think the last thing the Lads familys would want is to see this....Like I said exploitation...Get it removed and let their families open a tribute page if thats what they want....I have already reported it,,I sugest others follow suit....Shame on you...

So what's the provenance of the pics supposed to be if the FB pages are bogus? Also these are both younger people, of demographics where it would be unusual not to have a FB profile in existence for years (one of them, maybe, but could I guess beforehand it would be fishy and not real on FB with 100% accuracy for both by pure coincidence?). I wonder how many others don't have a rich social media history, just an after-the-fact bogus tribute page? All of them, maybe?
Top

Just when you thought it couldn't get any more ridiculous!. Meet the Mark Wahlberg / Seth McFarlane of this psy-op:

Yes, I've noticed at least 3 times in newspaper articles people saying things like, "Seeing the wreckage makes it real", "Knowing alleged passenger X makes it real" etc etc. Unfortunately I've been to busy to save links to these articles, but then, I'm sure everybody else has seen/is seeing the same things as we speak.
Top

So, in this video here:
https://www.youtube.com/watch?v=vVTvpu9fMc8

We see two passports one of the victims:
The one was Sophie Charlotte van der meer and the other one was: Allard van Keulen I've also made a pic of the facebook profiles, in case someone tries to modify/delete etc. them:

Then Allard's account has actually 5 comments on his selfie he made. These persons seem to be quite more real, as they posted more often than the aforesaid ones. However, all of them who commented on Allards picture stopped posting in around may or june. "Sander Deijk" is even way over the "red line". He also stopped posting in 2013.

There's also a news report on Yahoo where a rebel leader claims that "many of the victims may have died days before the plane took off.":
http://news.yahoo.com/rebel-leader-give ... 56709.html

And a picture of the news report, in case someone wants to delete that article or somehow modify it:

I'm not sure if the bodies were just dummies or something, but still this is also worth a read. His last post was made in 2012, he joined 2009. Mhh. Another some weird thing. I somehow understand that "older" people are not really big fans of social communities (speaking by experience from my own step-dad

) but still this is kind of weird. I know many older people who don't use facebook not that often, but they posted mostly in a range of 4-8 months. This here is already 2 years ago.


Robert Van Keulen, his wife Caroline, and sons Allard, 16, and Jeroen, 15, were heading to Borneo with a stopover in Kuala Lumpur.

And picture of report: He registered on 21 december 2012 (haahah. Funny. So many coincidences. Hey, media people. Are you trying to joke with us?) and posted a harlem shake video in 2013. Then we never hear from him again!
Top

I am from Holland and will tell you something about our social media.
We had our own FB in Holland, called HYVES.NL.
So lot of dutch people were not connected on FB.
In 2012/13 hyves became more and more impopular and at last it stopped,
So much people moved to FB and had a profile not earlier than 2012/2013.
A profile starting in december is not so weird.

The profiles visible in this topic are so called closed profiles.
The only thing you see are the profile pictures. All other messages, friends, pictures are only visible to friends or friends of friends.
Lot of people in Holland made ther FB only visible this way. Especially younger people.
So it seems to you there is very little traffic in these profiles. But it's not true, it's only closed for your eyes.
Top

OpticalIllusion wrote:I don't know if they are saying with this saying, but I found it ironic they have a bag that says "Rituals" anyways there are a lot of strange pictures and of course from the daily mail this is a strange story. It's ironic indeed.
But in Holland, the brand RITUALS is a rather popular brand.
Walking in a shopping mall you will see those 3x3 sqaures severals times on bags.
They sell their goods mostly via a shop in a shop in popular stores.
Top

Meet Barry and Izzy Sim (and the unnamed baby Sim).. They 'miraculously' changed their flight at the last minute as there were only two seats left on the airliner, which seems rather odd as personally I'd have thought they'd have had their tickets and seating numbers beforehand. But, it has been a while since i flew so maybe things have changed..

Now their accent is Scottish and the surname 'Sim' does seem to exist http://www.houseofnames.com/Sims-coat-of-arms

But, the chances of that particular surname in this kind of 'incident' being just co-incidence?

There are quite a few Sims around the UK, especially in northern England/Scotland. There's even a Sim chief constable (Northumbria Police)

The Barry Sims seem to be concentrated in Scotland (Aberdeenshire, Angus, Banffshire, Lanarkshire) so maybe this fellow is one of them? : http://www.192.com/atoz/people/sim/barry/

Doesn't he seem overly confident in the Daily Telegraph interview, though? Like he's well-prepared and well-rehearsed? Rather than it being a surprise, ad hoc interview. One in which a camera was thrusted unexpectedly in his face?? Watch how he casually chucks his child under the chin. Does that seem natural? Or does he seem too assertive to be your average man caught inadvertently in the media glare? Something of the actor in him then, maybe?

And notice how his (Malaysian?) wife Izzy pointedly says she won't fly Malaysia Airlines any more.. She only travel KLM now. That's an unreasonably damning statement, even for those who've fallen victim to these two hoaxes (vanishing MH370 and MH17 shoot-down). In the same (fake) circumstances, wouldn't KLM flights be just as susceptible to vanishing / SAM missile attack? Playing along, for a moment, with the hoax, surely we're no safer whatever carrier we fly with? So what's the game here?

To loosen up the (hitherto hostile) Malaysian government to privatisation/ private looting of its national airline? As we speak, the Wonkypedia entry for Malaysia Airlines is being airbrushed to lead our thinking to that conclusion: that its sell-off would be For The Greater Good.

edit: And perfectly on cue, the City of London postulates this:

It is hard enough for an airline to rebound from one disaster, let alone two within the space of a few months.
Even before the disappearance of flight MH370 in March this year, Malaysia Airlines was struggling.
Last week, all 298 people on its flight MH17 died when it was reportedly hit by a missile.
So, is there any hope that the airline can rebound after such a rough year?
Aviation analyst Chris de Lavigne, from consulting firm Frost & Sullivan, considers the options.

Fakeologist.com just posted an excellent article on (inter alia) the demise of collective ownership (engineered, of course, through fakery!)


The critical levers of society — NGOs, lobby groups, the media — are all controlled by the gatekeepers that control the money. Public funding of anything (the original crowdsourcing) is slowly being usurped by public-private partnerships, which in turn will be strictly private. The legitimate idea of having a collective own and run something, anything in society has long since been invaded and corrupted and its reputation destroyed. All that’s left is private, their solution, which is accountable to almost no-one, and boomerang! We revert right back to where we started hundreds of years ago with kings and dukes and serfs.

Guess which role most of us will play?


As this story goes, a RUSSIA TODAY article published yesterday (July 20, 2014) reported that the Wall Street Journal carried the fake news that Air Force One had been shot down over Russia...

But just read this ridiculous story for yourselves. I suppose we now can't even trust the WSJ for accurate news! OMG, what are we to do?

"While the world is still recovering from the shock of the Malaysia Airlines plane crash, a message on WSJ’s Facebook page posted on Sunday morning came as yet even a worse stress for a few readers. The fake “breaking news” report suggested that the American president’s plane went down in Russia."
http://rt.com/usa/174236-wsj-facebook-hacked-plane/

Just another confirmation that the "RUSSIA TODAY" media outlet is just as clownish as the rest of the MSM...
Top

Many of the MH17 crash site imagery show the wreckage among sunflower fields: http://www.google.com/search?q=mh17+sun ... d=0CAUQ_AU 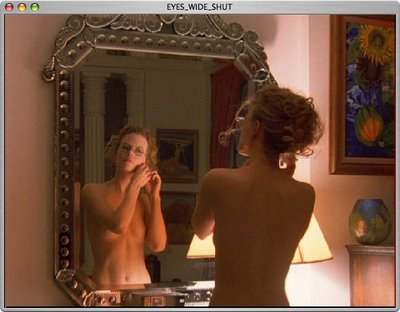 (more eye candy for you, Simon)

More on Masonic Sunflowers in the media:
http://boymeetsworldilluminati.tumblr.c ... -sunflower

"Putin gave a video address, published by the Kremlin, denying any involvement in shooting down MH17".

There's been much talk here of CGI-ed or Augmented Reality footage of US President Obama.

But are the Kremlin and Putin playing much the same games? This doesn't look very real at all: