The strange story of "Otto Warmbier" in North Korea

Anything on the news and elsewhere in the media with evidence of digital manipulation, bogus story-lines and propaganda
Post Reply
First unread post • 2 posts • Page 1 of 1

The strange story of "Otto Warmbier" in North Korea

The story of "Otto Warmbier", the young students arrested in North Korea and returned home in a coma only to die a few days later, is indeed a bit strange.

Starting, of course, with the identity of this alleged "young student".

"Otto Warmbier". I find it at least fascinating that this person has a typical German first name (I'd say, stereotypical), while his surname is an almost perfect play on the phrase "warm beer". This doesn't have to mean anything, but I take it as a hint that some goof back at fakery central might have concocted this person out of thin air.

According to Wickedpedia, Warmbier was born in 1994 and was only 21 when he was arrested in January 2016, under the accusation of having stolen a propaganda poster from the hotel. We all know this preposterous story, which seems to be designed to enhance the absurd evilness and arbitrariness of the backwards North-Korean regime.

We are also told that "Warm Beer" was Jewish. This doesn't have to mean anything, although it emphasizes the role of "innocent victim" of this unjustly incarcerated young American citizen.

So it is assumed that the whole confession of his crime as told during this incredible press conference, the absurd espionage intrigue involving The U.S. government was entirely suggested by NK officials, nothing but a script in a "kangaroo court". He mentions having acted on behalf of the "Friendship United Methodist Church", because of the "financial difficulties" of his family, and an involvement of the "Z society" "the most secret organization at the University of Virginia", "controlled by the C.I.A".

All of this is supposed to work as a demonstration for the NK public, and to fit the narrative of brain-washing and psychological torture, duress and terrible threats a westerner under arrest would have to suffer in such a situation.

This is all possible, because we know so little of what happens there, and there are indications that the regime lives in an alternate reality. However a few things are a bit surprising. First, Otto barely looks at the paper in front of him, even though the words he says cannot naturally be considered nothing but a script that was given to him. Did he take the time to learn it by heart, coached by his torturers? Including the bows he takes? Furthermore, was the strange emphasis and poise he gives to every sentence suggested as well? Is it really possible to obtain such acted-out collaboration from a 21 year old in just a month? Is North Korean brain-washing so efficient? How can this young person speak like a wartime robot?

The theater of questions (all, evidently, pre-scripted given the acted-out way in which Warm Beer answers them), makes for an instructive watch, especially when it comes to the questions of the Russian and Chinese correspondents. I recommend in particular the moment in which Warm beer describes his humanitarian treatment, but "misses his family very much". Later on, in the final statement, Warm beer will show himself in tears. Yet these tears, too, appear to be an act. What I see here is bad agent/actor doing a favor to the NK government, while playing a part for the western propaganda, but I fail to believe the story of the young American caught in a game bigger than him.

The imagery relative to Otto Warm Beer is quite scarce and not of an especially good quality. Here's some of it from a Google search. 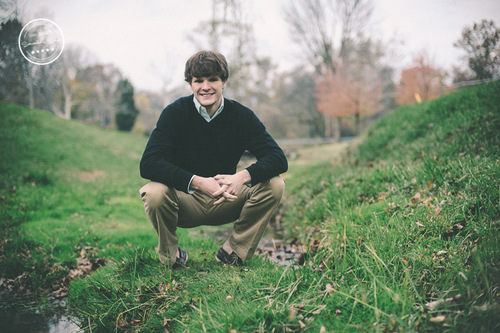 Re: The strange story of "Otto Warmbier" in North Korea

Wearing the same jacket his son was wearing when he gave his press conference/confession. Why would anybody do something like this, in such accordance with whatever the media projects out there? It actually reminds me of the "relatives" of 9/11 "victims" holding the photos of their "dear ones". Nothing but a lame effort to confer authenticity to emotions that aren't there.
Top
Post Reply
2 posts • Page 1 of 1