Mariouma Fekry and The Alexandria Bombing

Anything on the news and elsewhere in the media with evidence of digital manipulation, bogus story-lines and propaganda
Post Reply
First unread post • 33 posts 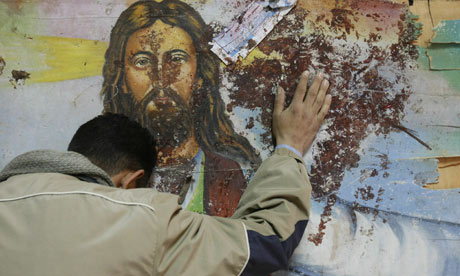 A drunk takes a piss against a graffiti'ed wall - should I give a rat's ass?
Top

I'm sure most of you guys have seen this but:

Facebook is very well tied into the CIA and the American intelligence community in general. It is a very useful tool in their well oiled propaganda machine. Make no mistake that a Facebook page could be created and given a fake history relatively easily. I'm fairly certain they could have used a generator to fake many accounts before the site was first launched in order to test their software and how it would work over long periods of time, or in conjunction with hundreds of other "users".

I don't think it's much of a stretch to assume they may have faked this account, especially considering some of the very similar tactics used here that were also found in the VicSim report.

The owner is yet another (now) on a long list of well-to-do "Jewish" media owners, for however relevant that may be.
Top

First of all, I just found this forum and I, so far, think it's awesome. Thank you to all those who did their research and posted so many interesting "clues" that hint that this is in fact another faked "event" to add another notch to the warmonger's bedposts so that they can feel, particularly Israel, justified in perpetuating war against muslim/arab-dominated countries so that they can in fact achieve their "true" goal, which is to dominate these lands and take them for themselves (Egypt is definitely in their sights - seen Zeitgeist?).

So I found this profile on facebook under the name "Shiva Miriam Fekri" - which to me is a straight up jewish name. And that girl in the profile pic, to me, looks to me freakingly similar to the "Mariouma Fekry". Shiva I believe is a jewish name. Her profile is well hidden. So perhaps this girl is the "actress", letting them use her identity, though skewed, for the Zionist Israeli agenda. Their are definitely israeli hardliners that believe that any means to secure and expand Israel are justified, and that would include acting in faked media events and/or being part of the mossad that enacted a real bombing there.

Here's her profile pic for those that don't have FB:

and here's the judaic meaning of "shiva":

In Judaism, shiva (or shiv'ah, pronounced /ˈʃɪvə/; Hebrew: שבעה ; "seven") is the week-long period of grief and mourning for the seven first-degree relatives: father, mother, son, daughter, brother, sister, and spouse. As most regular activity is interrupted, the process of following the shiva ritual is referred to as "sitting" shiva. Shiva is a part of the customs for bereavement in Judaism.