Anything on the news and elsewhere in the media with evidence of digital manipulation, bogus story-lines and propaganda
Post Reply
First unread post • 62 posts

In January 2010 we had another plane crash (?) . This time it was a military CASA that supposedly crashed in Mirosławiec with 20 people aboard . We were fed the story that creme de la creme of Polish military aviation died in this catastrophe . I checked the names and ranks of the alleged victims and found only one general over there . The rest is only colonels , captains , majors , lieutenants ...
I suspect it was a PsyOp too , given very limited numbers of pictures available on internet

This guy , general Błasik was very active after CASA crash(?) showing his face all over MSM 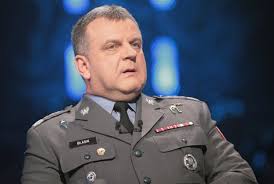 2 years later he "died" tragically together with our president Kaczyński . He enjoyed some extra publicity when Russians by miracle found the trails of alcohol in his body and suggested that he entered the pilot's cabin aroused and made him land in Smoleńsk despite terrible conditions .

Now when I think about it , this whole circus seems more and more stupid and incredible to me
Top

Another wave of "exhumations" of so called "plane crash victims", this time the name that went most viral is Piotr Nurowski, former head of Polish Olympic Committee. Story goes that somebody else is most probably buried in his quarters and in general the whole "burial" procedure was a giant mess due to neglect of the former government and of course the Russians so we are to expect more dig-outs in the future.

"Victims' " families protest and other bullshit drama is fed via MSM as usual .

IMHO older psyop participants naturally die out and have to be buried for real hence the whole theater. Nurowski is/was in his 70ties and it explains a lot.

There are for sure other reasons but I struggle to find an answer or hypothesis right now.

The presidential couple was "reburied" very recently. Was it done to keep the psyop going and further mind-fuck the sheeple ? Have they passed away for real ? Simultaneous departure's probability is very low.