SacredCowSlayer » July 23rd, 2016, 10:46 pm wrote: Whatever that place is supposed to be, it sure as hell doesn't have anything to do with Chili's, which is a distinctly different restaurant. They don't even use that expression, so I think your point there is a very good one.

Since that is the actual Chili's menu, what is it you mean that "they don't even use that expression"?

Okay I stand corrected about Chili's not using that expression. It appears they do.

But their menu is different in that they use "AND" (between Chillin and Grillin) instead of "&", plus they spell it correctly with "Chillin".

Also the Chili's menu has their recognizable pepper and trademark/logo identifiers as pointed out by Lux. It won't ruin my day if it turns out I'm wrong about this and he really went to a Chili's with a misspelled menu etc., but since we are discussing it I thought it was worth being thorough.

Besides, it's Nice to take a break from all the ridiculous "terrorism" garbage every now and then.

Note: I asked a local Chili's employee and was told that the menu with the one L in "Chilin" is the current menu- despite the fact that it can't be found online that way (at least by me). But it wasn't interesting enough to actually drive over there and look myself. Thanks to Honestlynow for doing so.
Last edited by SacredCowSlayer on Sun Jul 24, 2016 9:29 pm, edited 1 time in total.
Top

Chilin' is misspelled because it is a Chili's. Maybe this image was also photoshopped? 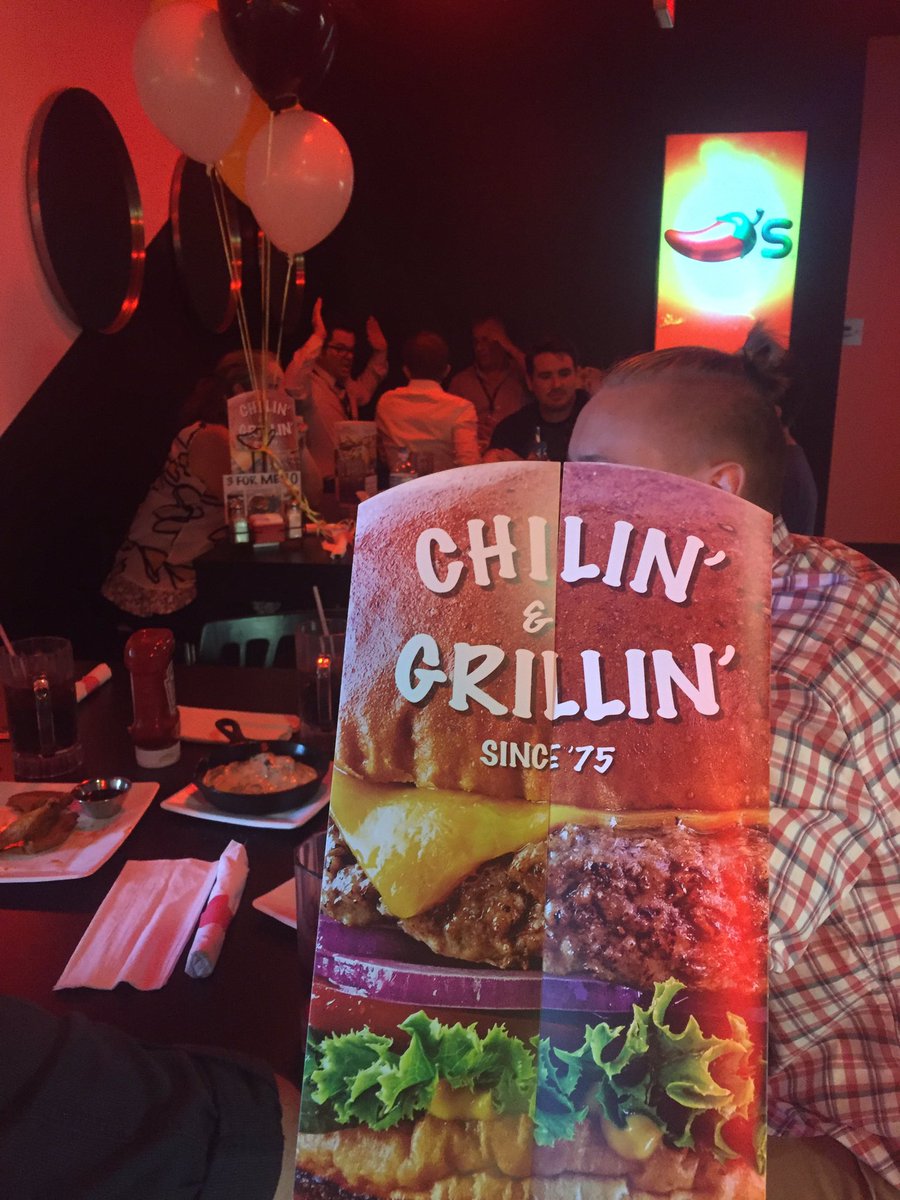 Yeah, sorry, lux. I love you too, man, but in your focus of "the hand area" you cropped out what I was bringing up.

17300-nlzxyf_what is this.jpg
It doesn't matter. The photo is probably touched up, as already mentioned, for a number of reasons, not the least of which is because it's of a politician being placed in the national limelight.

But it's okay to discuss what is or is not fakery.

One of the "finger tips" (if that's what they can even be called) matches the hue of the overly posterized skin, so whether it's a realistic place for a hand or not (and I think it could be, really, given wrists are often quite narrow and hands often almost the full length of an entire half an arm) it's fine to suspect it merely because it is suspicious. The other "tips" are green and blue! But this too matches the absurd coloring of the whole technicolor thing.

You're welcome back any time! Don't take any nit-picking personally. You are obviously greatly respected by the forum members. We all kinda bug each other on here with corrections and disagreements. As you are aware of and probably tired of.
You do not have the required permissions to view the files attached to this post.
Top

Flabbergasted wrote:Sorry, no pics, no names.

Now we actually do have some names and pics. There are 13 suspects. Enjoy.

Alisson Luan de Oliveira, 19
Arrested in: Saquarema (RJ)
Converted to Islam 2 years ago, worked with recycling of computers; is considered an introspective youth. Israel Pedra Mesquita
Place of birth: Pelotas (RS)
Arrested in: Morro Redondo (RS)
Raised animals for sale and consumption all his life; moved to Morro Redondo about 20 days ago. Levi Ribeiro Fernandes de Jesus, 21
Islamic name/pseudonym: Muhammad Ali Huraia
Place of birth: Guarulhos (SP)
Arrested in: Colombo (PR)
Resident of Colombo, worked in a supermarket in Curitiba. Was identified by the Minister of Justice (Alexandre de Moraes) as the leader of the group. Mohamad Mounir Zakaria
Place of birth: Lebanon
Arrested in: São Paulo (SP)
Separated, father of three children, was the owner of a clothing business in Brás; worked as a sales rep and attended the mosque in Pari. Vitor Barbosa Magalhães, 23
Pseudonym: Vitor Abdullah
Arrested in: Guarulhos (SP)
Car dent repairman, works in a garage with his father; learned Arabic on a trip to Egypt in 2012, and gave classes in Arabic. Curiously, practically all the sentences are in the past.

The Allahu akbar summertour 2016 rolls on.

"Two ISIS knifemen shouting Allahu Akbar slit French priest's throat in church attack taking nuns and worshippers hostage. ISIS has claimed responsibility for the attack at the Saint-Etienne-du-Rouvray church near Rouen, Normandy - which has been condemned as "barbarous" by The Vatican. It has since emerged the church was on a 'kill list' of a suspected ISIS terrorist arrested in Paris last April for allegedly plotting "imminent attacks" in France. The hour-long armed stand-off was ended when the hostage-takers were shot dead. Police found the body of 84-year-old priest Jacques Hamel inside the church. A statement released by ISIS' Amaq news agency said: "The two executors of the attack on a church in Normandy, France, are soldiers of the Islamic State."

Isis news agency must be a very reliable source, you can certainly trust them.
Top

Yup, I saw the wicked news and here we go again, camembert land seems to be overloaded with some heavy masonic " anti-islam " propaganda campaigns this year. C'est le festival des franc-maçons !. What's next ? The masses will soon be totally desensitized to those media hoaxes. Masonic climax is their goal. Comfortably numb...

" I barely knew him, I'm not even catholic myself, but back then when I had some hard time parking my car, he gently offered to park my car in front of his house", says peacefuly STESSY, 30 years old... ". Sure. STESSY. United Colors of Masons. Stessy is such a common name in France nowadays. Makes sense !

We had " TESS " , the so-called daughter of that other infamous culprit Reidenberg character (the owner of the bar " La Belle Equipe ") we now have a new challenger , "STESSY".

Here is video of the guy who jumped without a parachute and landed on a net. Reminds me of the Space X rocket landings. As a friend of mine pointed out, this story and the hot air balloon crash - all stories of people falling from the sky i.e. 9/11 jumpers.

If you have some idle money you´d like to donate, you can support Copenhagen Suborbitals, "the world´s only amateur space program": https://copenhagensuborbitals.com/

We even learn how to put a rocket together:

full link: http://www.youtube.com/watch?v=1i3HDv2s7io
Looks like they are having a good time...
Top

Sorry to sound dense but can someone point me in the direction of a webpage that has sometimes been linked by posters in this forum?
The webpage, which I didn't save to favourites or bookmark etc., has a 'backdrop' of Greco-Roman artwork (cherubic Angels I think) or some such and touches on similar items to ones we discuss here.
I wouldn't mind reading through some of its articles which seemed interesting coming from an alternative viewpoint.
Top

Hope this is the one you were thinking of.
Top

Ah, yes! Many thanks scud! So much for me thinking there were cherubic Angels

Not overly convinced with Mandela effect. You only have to go to a football game with someone and a short while after have conflicting stories about a particular incident at the game to realize that what one person knows happened the other person believes something different happened.
To paraphrase: if we were half as sure as we thought we were we'd be twice as sure as we actually were...
Top
Post Reply
4772 posts