To balance things out; there is also a channel I would like to recommend! The channel is called Pockets Of The Future and the guys name is Paul Romano.

To give you a short description; he talks about the news, famous people and heartfulness meditation. His way of presenting is full of humour even though his message is pretty serious.

Greetings plague victims, I couldn't resist popping in for the 20th Anniversary of my awakening. Boy that was a tough station.

I'm sorry things didn't work out. This was a great place and we deserved much more.
Top

Hi Brian welcome back. This place still is a great place, your input was valued.
Top

Well, back; I don't know about that. I don't really belong here, since I don't believe a word about the existance of "Space" or the alleged "Universe". Not one person has left this contained system...in my opinion. The lights in the sky are lights in the sky, not theoretical planets a trillion light years away. Clown show.
Top

Nice to hear from you again, Brian.
Top

Good to hear from you, Brianv - and glad that you're joining us to celebrate the 20th anniversary of your awakening (which for me will probably be more like the 15th, since I started working on September Clues only around 2006).

To all Cluesforum newcomers, please know that Brianv is the pioneer 9/11 researcher who first started looking into the alleged "3000-or-so victims" listed in the various 9/11 memorials. Years later, the collective efforts of our forum members reached the conclusion - after untold amounts of analyses and verifications (most of which can be found in THIS gigantic thread) - that the most likely death toll on 9/11 was... ZERO.


For a more concise overview of our vast research into what we call the "9/11 VICSIMS" (i.e. SIMulated VICtims), you may wish to peruse these two writeups of mine published at my September Clues website:

So yes, the 20th anniversary of the scam that changed my life (and I guess, the lives of most of us) is coming up - and we all have good reason to celebrate our valiant and tireless efforts picking apart every aspect of this gigantic hoax that fooled the entire planet and set the stage for the current (and far more disturbing) mass deception code-named "COVID-19"...
Top

Thanks Simon. Among my scribblings here, there is a post on the Dreyfuss Affair, which divided France at the turn of the last century. Families and friends ripped apart becuse of a news story in the French newspapers.

Why they didn't just go ahead and call "Covid" the Divide and Conquer Virus, I dont know.
Top

The Sega Development Kit with Snasm Board.

Guys. As one or two of you might remember, I am a hobbyist programmer with nearly 30 years of 'C' programming behind me. In recent years, to keep my brain alive, I returned to C and Assembly Language VGA programming, an enormous study task I've set myself. I read and reprogrammed everything by geniuses Michael Abrash and Andre LaMothe twice over, and much much more. I have a variety of machines for running old code. Using some of 'C' s more modern capabilities, I've been able to improve on some of their work. Like making and using my own template vector classes. Arrays in old money, but cleverer.

My loose forensic programming studies through the years have led me to the following conclusion;

What you saw on the "9/11 Show" was NOT faked Television or Video footage...as such. 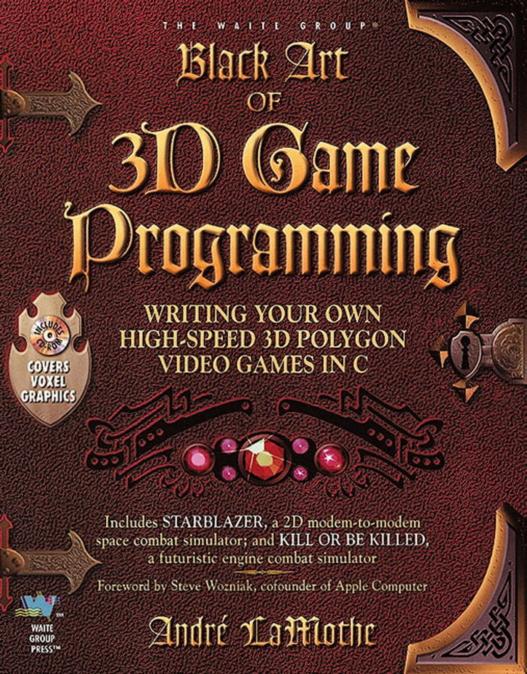 All, and I mean ALL, of the programming techniques described In AndreLaMothe's gigantic book of VGA wizardry are written large all over the 9/11 "footage". Double bufering, layers, overlays, inserting and erasing objects, scrolling backgrounds, jpeg overlays (see WTC7 collapse and Naudet hilarities), to name just a few.

As a consequence of my studies I then bumped into this device.

And here is the new culprit for your consideration, I myself am 100% convinced that this created the "9/11" footage in it's entirety.

Simon himself often said, as did I, that it looks very 'Mario and Luigi'. Here's why and I bet your even hear the jingle 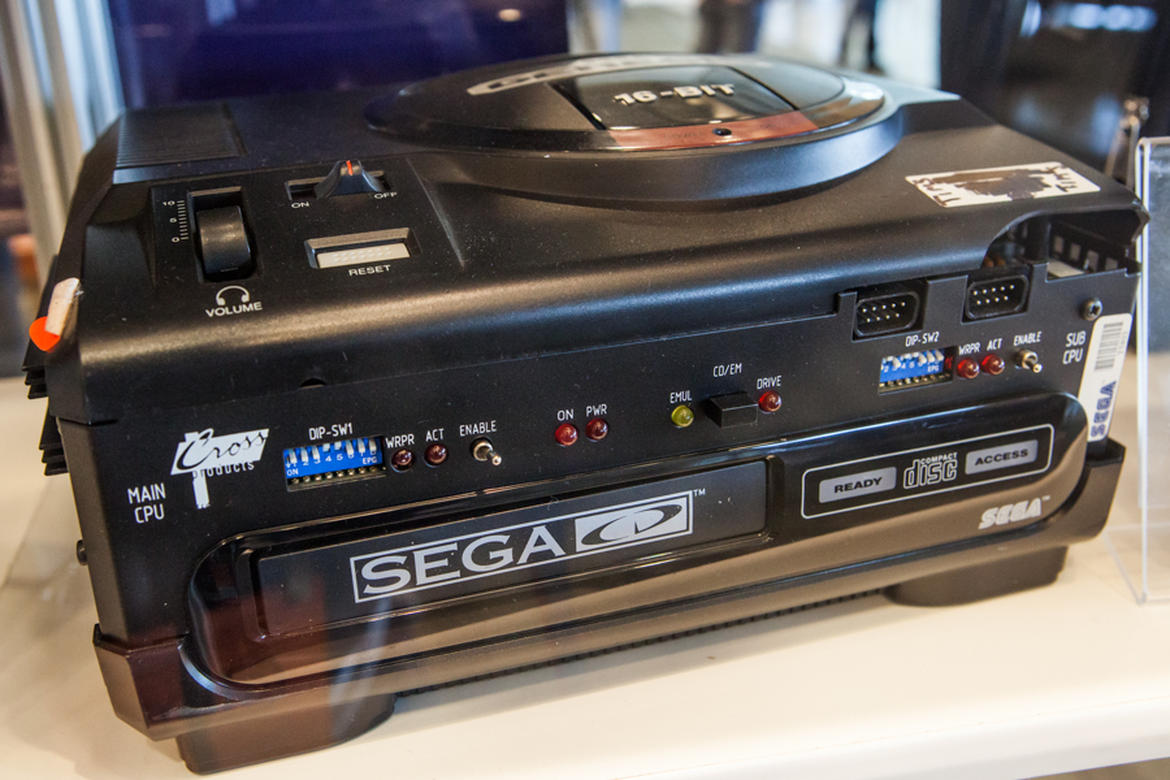 The Sega Cross Platform Genesis Development Kit with a Snasm Assembly Board. There are one or two geeky videos on YouFool.com and if you google images, most have the Assembly board sticking out of it. It connected to every electronic device imaginable. TV, VCR, PC, Video Cameras etc etc. It was used in EVERY Game Software Development House, for probably EVERY game ever made. I'd even bet they were being used in TV studios at the time.

Double Buffering off screen for introducing new elements - the floating helicopter back shot, in game video, overlays, erasing backgrounds, Simon's Choppers, the airplanes, the "Oh my god" Samples, the scrolling backgrounds, the zoom in nose out fiasco, even the news broadcasts and text overlays with Channel Idents was possible on this machine.It could add texture to objects also, but it's most powerful technique was Layers.Extremenly powerful, and guess what? One person could have programmed the whole fucking thing!! Then burned many versions to the built in CD writer. WHO ? Another nail in the coffin for the "too many people crowd", not to mention very plausible.

We also saw it's deficencies, Planes sans wings, overlay error, the Hats Off fiasco same, and dozens of other programming mishaps. The VGA Colour Palette (all 3 bits if memory serves correrct) is all over the footage too, the blue, brown, purple shit - you remember. It also did Audio. Were the News Broadcasts even REAL? I don't believe they were. It may have also been repsonsible for creating some of the "characters" in the truther movement. Serious. That Rick clown whatever, and maybe others. Even my favourite genie cough cough that Obama clown dressed in a Good ol Boy costume.

In 1993 certain games were "cited in UK Parliament for being classified as '15' due to its use of real actors."

I have thought about contacting LaMothe about my findings, but have refrained. Not sure he's er...from this world!

edit/ Nor am I, some might argue, and to inject a little bit of self deprecating humour.

edit/ Buried in the Book somewhere, LaMothe warns us that this technology in the wrong hands could be very dangerous, and if I read his tone properly he's alluding to the criminal psychopaths in government and media.

If anyone else has any experience in this area I would value your opinion.

PS. And this is where the ISS came from too.

This was probably one of the most extraordinary theories on 9/11 I've heard so far. It even surpasses Judy Wood's dustification. I had no idea you know programming Brianv. So do I. But I find your reasoning here a bit strange to say the least. Are you actually serious? Computer graphics in the late nineties was very limited. The first movie made completely with computer generated imagery - Toy Story, premiered in 1995 and they were nowhere near passing as real as opposed to today. So the effects in for example Armageddon that premiered in 1998, was purely analog and scale models. The same technology that has been used to create very convincing effects since the birth of movies. It's for example pretty obvious that they used scale models in the moon landing rover scenes.
Top

patrix wrote: ↑
Sat Sep 04, 2021 7:38 am
This was probably one of the most extraordinary theories on 9/11 I've heard so far. It even surpasses Judy Wood's dustification. I had no idea you know programming Brianv. So do I. But I find your reasoning here a bit strange to say the least. Are you actually joking? Computer graphics in the late nineties was very limited. The first movie made completely with computer generated imagery - Toy Story, premiered in 1995 and they were nowhere near passing as real as opposed to today. So the effects in for example Armageddon that premiered in 1998, was purely analog and scale models. The same technology that has been used to create very convincing effects since the birth of movies. It's for example pretty obvious that they used scale models in the moon landing rover scenes.

You are talking out of your arse.
Top

You are not joking then Brian I take it. Well wow then. You know the first cinematic CGI in the late nineties was made using racks of Silicon Graphics machines at tens of thousands a piece. Bummer they didn't figure out this black art graphics and did it with a cheap Sega gaming console :-)
Top

Bottom line is, the quality definition of the 9/11 imagery is shocking, amateurish at best.
If the perps did have access to the best/ advanced technology of the day, they should have at least employed people who knew how to use it.
Top

Bottom line to me, while I agree that the original 9/11 imagery is strikingly bad, is that according to this theory, the imagery would look something like this

But to give this question "What type of video equipment did they use in the 90s to fake 9/11" some thought, allthough I think it's enough to conclude it is 100% fake imagery as Simon has demonstrated beyond doubt with his September Clues movie, this is something that comes to mind. In the 90s the Video Toaster was a popular video editing tool at TV stations since it was based on a home computer - The Amiga, and therefore remarkably cheap. I had an Amiga back then and come to think of it it's possible that some of the 9/11 imagery could have been made using the Video Toaster.
I think it's funny (and perhaps telling?) that this commercial that I found is very "Copernican"

Today, on Brazilian Independence Day, the country saw the largest popular political manifestation ever recorded. Completely non-violent. Against the usurpation of executive power by the Supreme Court, against censorship and persecution of conservatives, against covid passports, against election fraud. Many messages are now written in English to make it harder for the MSM abroad to lie about the reason for the protest. 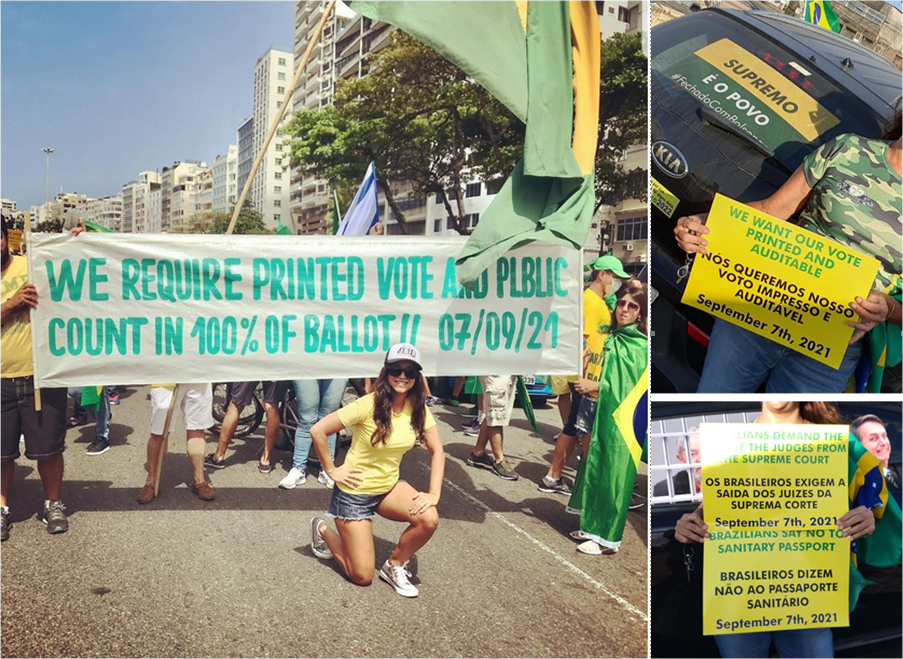