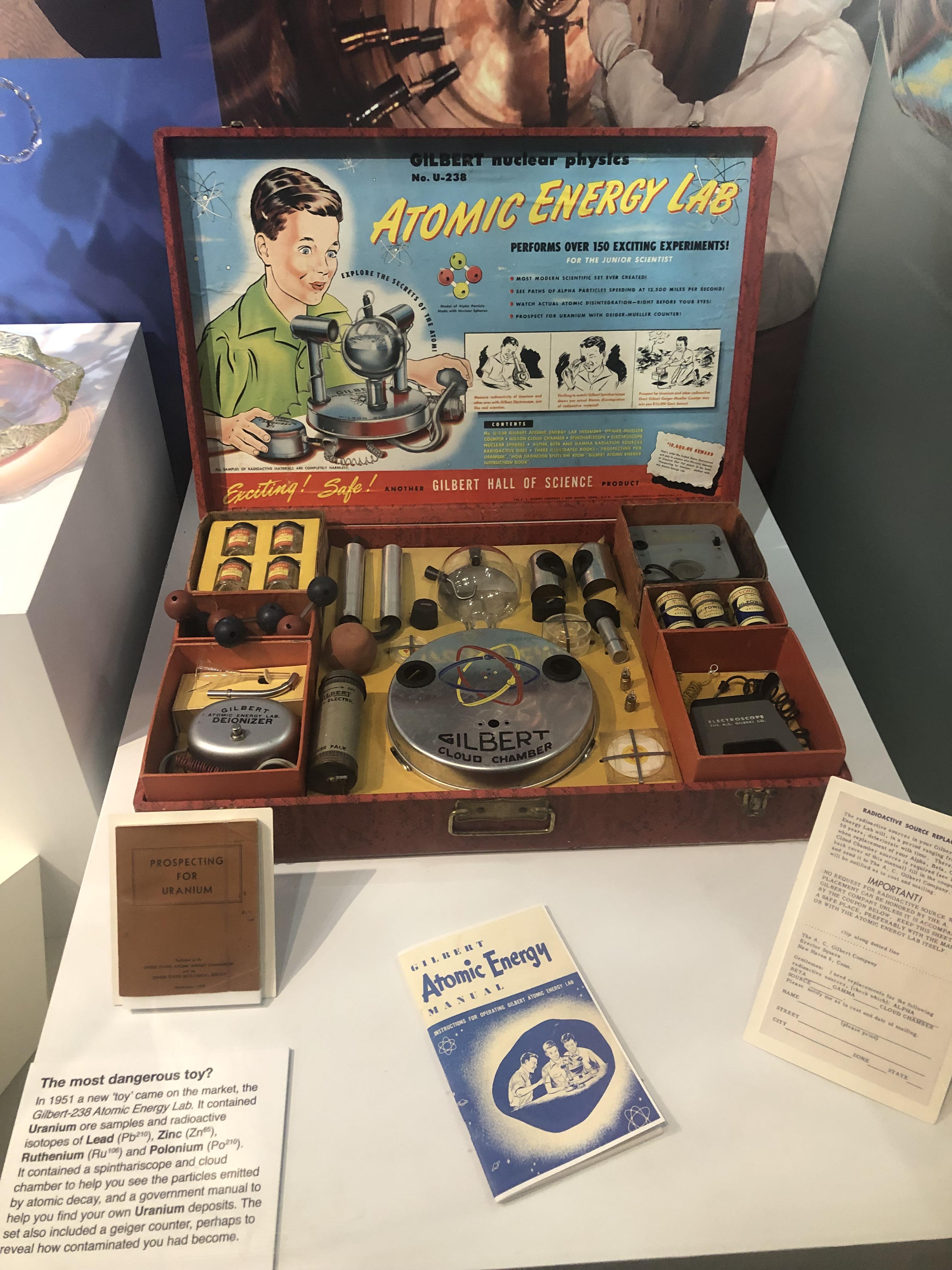 It is strange that although he mentions on the very first page as a possible position (Heiwa and his website) the physical and scientific inability of the thing, he not only narrows his examination to Hiroshima and Nagasaki, but also tries to illustrate what a real nuclear attack is and what it is not - with a rather wide technical apparatus.
Top 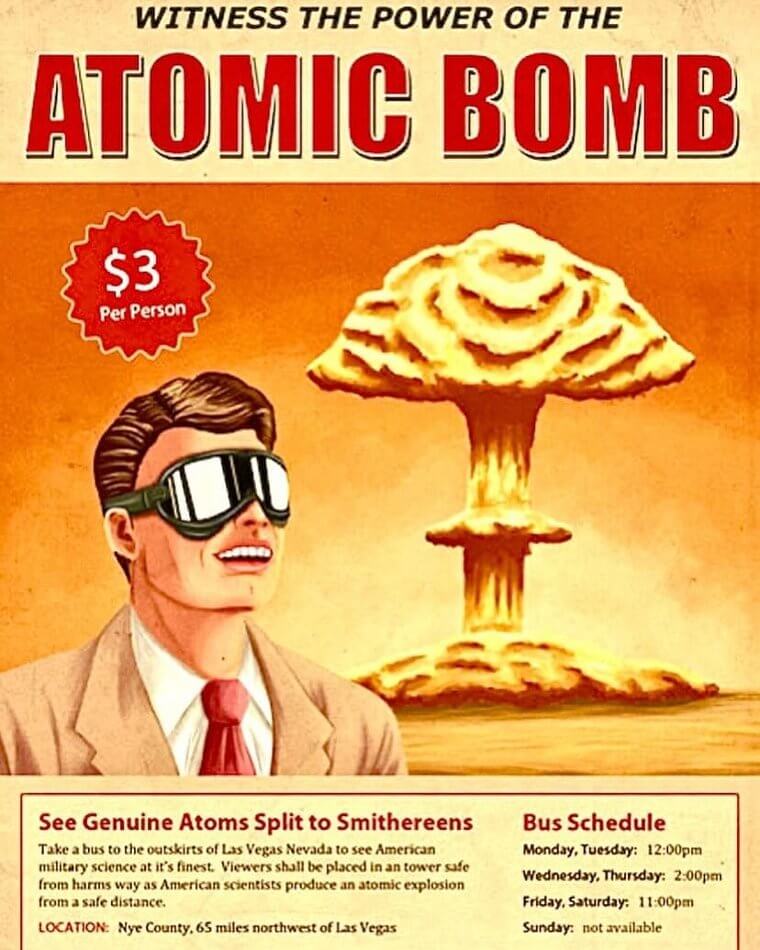 What archives? There are three English mistakes in that poster.
Top

Indeed you are right in your suspicions Flabbergasted. I did a reverse image search and found this discussion that also doubts the authenticity of the image. https://www.reddit.com/r/OldSchoolRidic ... gas_1950s/

However as the discussion brings up and that may have been discussed earlier in this thread, "nuclear tourism" was apparently a thing in the 50s. Maybe they blew up dynamite/gasoline so that people could confirm with their own eyes that nukes were real. Or perhaps it was only a thing in the papers and faked news clips.

That vid, either “nuclear blast” backdrop to bustling LV has just made me realize what about “EMPs” frying all of the electronics (certainly the ones in the slot machines)?
Edit: don’t get me wrong, I don’t believe in the BS but TPTB can’t have it both ways i.e. (1) they exist and do do harm (2) we can test near a major urban area (well-known for its electronic neon displays) and still have “business as usual”.
Top

pov603 wrote: ↑Sat Aug 14, 2021 8:14 am That vid, either “nuclear blast” backdrop to bustling LV has just made me realize what about “EMPs” frying all of the electronics (certainly the ones in the slot machines)?
Edit: don’t get me wrong, I don’t believe in the BS but TPTB can’t have it both ways i.e. (1) they exist and do do harm (2) we can test near a major urban area (well-known for its electronic neon displays) and still have “business as usual”.

I think the official response to that would be that, in the 50s when this "nuclear tourism" was alleged to have taken place, almost all of the signage and slots machines in Vegas were electric/mechanical and hadn't yet become electronic. As far as I know, EMP pulses are are only alleged to have an affect on electronic circuitry.
Top
Post Reply
745 posts