Historical insights & thoughts about the world we live in - and the social conditioning exerted upon us by past and current propaganda.
Post Reply
First unread post • 13 posts • Page 1 of 1

Does anyone here follow the UFC? maybe I'm paranoid but some of the pics look strange and he took quite a while before he reacted in pain. I have no idea about how real these injuries can get but it can easily be argued why there would be interests in carrying this out. You guys have better eyes anyway, what do you guys think? legit? 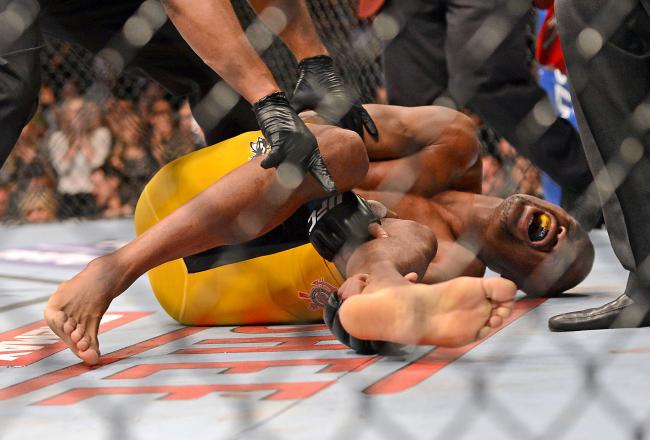 Re: Media Fakery in Sports

Yes, this was just brought up in the CHATBOX. I changed the title to the more general Fakery in Sports, since that does seem to be a theme continually cropping up here, not just through media lying and artistic creations called 'reality' but through rigging of games and people — sometimes entire teams — 'taking falls'. Probably for some arrangement made between investors.

Sports have always been notoriously corrupt. If you want to take it all the way back to Rome or further, you probably could. Nowadays there are crime films inexorably tied to the theme of horse racing, or racing in general.

From the fake horn sounds at the World Cup (football/soccer) to computer animation in American Football, we are also seeing an increasing amount of computer-assisted fakery entering the arena, as it were.

One might even presume that much fakery technology and live video alteration was first tested/derived from live and semi-live sports broadcasts. If 'LIVE' can even be accurately used here to describe these events.

Then there was the Beijing 2008 Olympics fakery, which much of the world became aware of. So, yes, I think this subject is apt, even without further comment on Mr. rubber-leg. History has been trying to show us this is a real problem with any alleged 'fair competition' in human history. Perhaps such a thing as 'fair competition' is even mostly a fiction. But no need to get too philosophical; this is sports corruption.
Top

I just noticed there is not a single drop of blood or bruising visible. He broke both his tibia and fibula, but surgery was succesful so he will be back in 3 to 6 months?!

Re: Media Fakery in Sports

Where can I check this out? thread?
Top

According to the Beijing Times, 55 seconds of the televised Olympics 2008 firework display? Completely fake:

Anyone who saw the opening to the Bejing Olympics would agree that the fireworks display was exceptional, but those watching at home were tricked into thinking what they saw was real, when some of it was actually CGI.

The fakery was unearthed by a local Chinese newspaper, The Beijing Times, which revealed that a 55-second sequence was created by a visual effects team, which included a series of giant footsteps made by fireworks.

Confusingly, this actually took place in the real ceremony, but the organisers felt that the sequence of 28 footprints would not be accurately captured live, so they faked it.

And because Popular Mechanics' job is to apparently serve as apologist for every fake story — even widely exposed fakes such as the Olympics fireworks — there's this article about how the creators involved were not actually involved, and were amazed to find out about the fakery at home!


One person who certainly didn't know about the CGI mix-in was M. Philip Butler, a vice president at Fireworks by Grucci who calls himself "Chief Operating Brother-in-Law" of the company. (His wife, Donna Grucci, is its president.) Fireworks by Grucci is one of the country's pre-eminent fireworks innovators; the company was hired by the Beijing Olympics Organizing Committee to help engineer the presentation. Butler says that he was watching the fireworks at home in the U.S. and when the footprints started he was seriously impressed. But when he rewound to watch them again, Butler realized that they were just too perfect to be true.

Perhaps we need to create a magazine called Unpopular Mechanics, in order to expose people to the blatant fraud of less politically interested 'exposes'?
Top

This surprise article starts with an expose on the Beijing 2008 Olympics fakery but refreshingly has a lot more to say about fakery in the USA!


Much in America is fabricated, too...

Now, just in case you think China is the only country engaged in fakery, let me remind you that the United States is just as fake, but in different ways. In the U.S.:

• The war on terrorism is fake: It was all fabricated to keep the population in a state of fear so they wouldn't notice their freedoms being stolen away.

• The mainstream media is fake: The news is largely fabricated or selectively edited to brainwash American consumers into thinking they live in a free country. Corporate press releases are run as "news" and any real news that threatens big advertisers is routinely censored.

In Britland, the father and uncle of England international soccer player, Wayne Rooney, were both arrested for match-fixing, allegedly in collusion with an underground betting syndicate. No charges were brought and, of course, innocent until proven guilty. Yet if game-rigging is taking place at the international level, then the entire body of soccer is corrupt. Match-fixing must be endemic; it's not as if one crooked player could singlehandedly swing an entire game.

Presumably the match-fixing (if true) is tied to the football pools - until recently the most popular form of gambling. A sanitised, almost wholesome kind of flutter - destigmatised fun for all the family.

In terms of revenues, the pools are surpassed only by the National Lotteries, where £150 million can be "won" (or not) on a two quid stake. Ab Irato of fakeologist.com is encouraging open debate on the possibility that the perps are rigging the Lottery too - the nation's favourite form of gambling today. Ab Irato is asking, how they might fix those games, and what might be the tell-tale signs of fakery? http://fakeologist.com/?s=lottery
Top

This video is from a K1 match. I believe this one is more than likely real as you can see when he tried to stand on the broken leg.
full link: http://www.youtube.com/watch?v=Y3ZXqeUO3kU

I have not yet seen a video where Silva attempts to stand on his leg. Furthermore why is his leg white in this picture? Could it be a photoshop where they merged a real fighter's broken leg with Silva's body? Except that they forgot to paint the likely white fighter's leg to match Silva's skin color?

In these photos 'his leg' matches the rest of his body's skin color.

A few funny things I heard during the Argentina v. Netherlands semi-final today, from announcers commenting on the game:

"Is he the puppet master or just a puppet?"

"Not just one of the loudest, but most animated crowds ..."

Oh no? Sometimes I must wonder if they fully write their own material.
Top

The Argentinian TV station "TYC Sports" caught this moment of dialogue between Neymar and Zúñiga seconds before the injury.

Most spectators seem to believe they were having an argument and that Zúñiga threatened Neymar. But it is tempting to see something else in the conversation and in the sudden move into action.
Top

Flabbergasted wrote:The Argentinian TV station "TYC Sports" caught this moment of dialogue between Neymar and Zúñiga seconds before the injury.

Most spectators seem to believe they were having an argument and that Zúñiga threatened Neymar. But it is tempting to see something else in the conversation and in the sudden move into action.

I strongly suspect that Neymar's "injury" was fake together with Germany-Brasil 7:1 score ( IMHO impossible ). Germany is emerging as a world boogieman again, and her dominance in footbal only strenghtens the effect . I think it's safe to say that FIFA championships are giant, mind-fucking operations. Somebody on Polish MSM compared Brasil's defeat to 9/11

Psychological effect on fanatically obsessed about football Brasilian populace must have been huge indeed. The same is true about Germans.

I wonder what is in the making... Maybe we are heading toward some massive European sovereign default (Spain? ) and a financial system crash ( engineered ) and Germany will be assigned the blame.

Thanks for bringing this up I even thought about dedicating a separate thread to Brasilian mundial and especially Neymar's curious incident.
Top 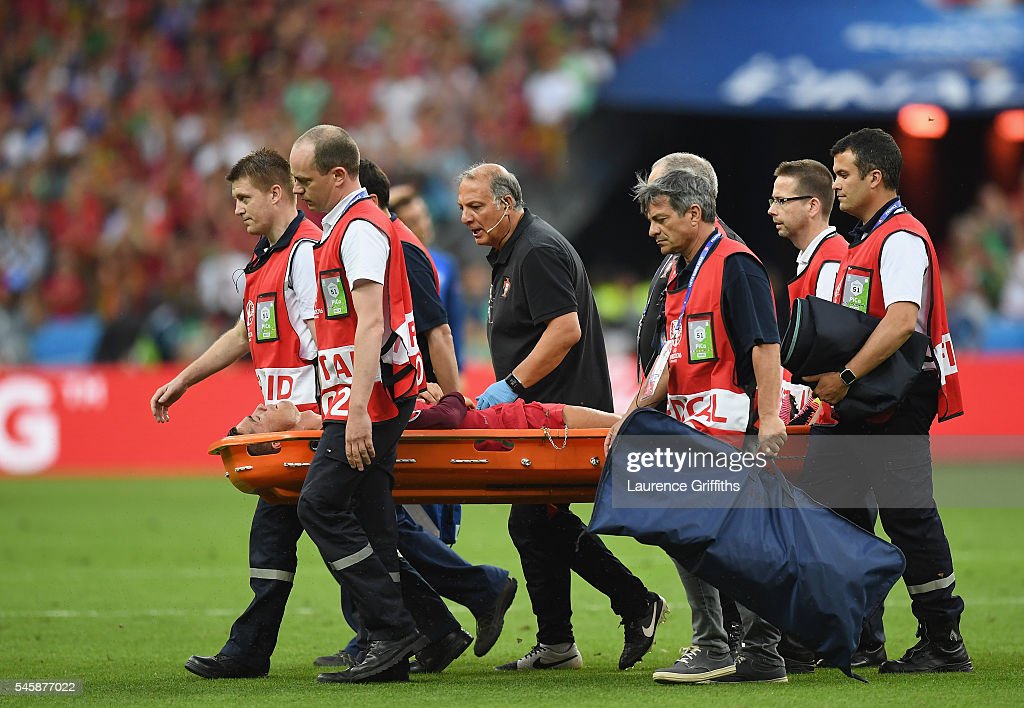 Since this topic is back on top, here is a commented clip about the final draw of the FIFA World Cup 2014 (It's not on youtube anymore, but luckily I saved it.) http://www11.zippyshare.com/v/m4kn3zVK/file.html It doesn't prove anything but gives reason to believe the draw was fixed. What is the purpose of doing a live draw in front of the audience and the camera if you open the balls behind a board where nobody can look at your hands. (Wasn't the case with this year's UEFA Euro 2016)

Here is an article about sports being rigged and fixed wherever you look:
http://web.archive.org/web/201509202116 ... /?PC=top-7 (and no, I don't browse truthin7minutes)
I liked the Michael Jordan documentary the most. Just another made up hero.
The article forwards you to http://thefixisin.net/ which apparently specializes on these kind of things. I haven't read or watched anything there yet, so I can't give any comment. I'm not really into the big sports anyway.
Top

I have been wondering if players really make the incredible salaries claimed. I think it was Miles Mathis who pointed out that if people believe celebrities make incredible amounts of money, people are more likely to worship them, as a very important person.

There are also ways of distorting income vs. net income. Say I signed a contract agreeing to your terms of payments of $10 million per year. But in the contract to reach the 10 million, there were all sorts of unlikely conditions - like number of home runs, and team rankings in the league. The contract could also specify many expenses to the athlete out of the $10 million. Say access to the team doctor, shot coaches, chefs, travel expenses.. promotional expenses. The athlete might net out some large number like $3 million a year.

So $3 million is still huge, but the athlete would seem of lesser importance than another athlete at a rival team who signed a $10 million contract. (and the team & city itself would appear of lesser importance)
Top
Post Reply
13 posts • Page 1 of 1