*
The other day, our member Seneca wrote (in the "Chatbox"):


Seneca wrote:Why is there still no topic about Ebola?
Just saw the name of the latest victim: Ashoka Mukpo
ASHOKA= A HOAKS?

You can almost spell Hokus Pokus

NBC cameraman Ashoka Mukpo, 33, has been infected with Ebola in Liberia
He is the son of Buddhist monk Chögyam Trungpa Rinpoche and Lady Diana Judith Mukpo
However, his biological father is Dr. Mitchell Levy, whom Lady Diana had been sleeping with at the time
Ashoka's mother married the Tibetan Buddhist lama when she was just 16
Trungpa identified Ashoka as a 'tulku', a reincarnation of a Tibetan teacher

Well, I guess we probably do need a thread about this umpteenth, ridiculous scare-mongering sham - since it's being 'sold' to the public by the very same sick sods that 'sold' us 9/11 and ----[insert all psyops you may think of]. This latest one (for the benefit of Big Pharma, I dare presume) is being propagandized by that very same, deranged group of individuals : the media heads of this world.

Does Ebola scaaaare you? If so, shouldn't you be (more mildly) scaaared by the digital entities that bring those "apocalyptic /epidemic news" to you ?

Doesn't this "PRACTICING PHYSICIAN, Scott Gottlieb" make you feel a bit more human than you already are - ever since mom made you?

I'm afraid that no one could convince me that what we see going on here (what with the 'melting mouth' and all) is just due to some random "Youtube / poor video-conversion/ artifact". More likely, we are looking at a (poorly-rendered) "DCA" (Digital Cartoon Android). But hey, if you happen to know Dr. Scott Gottlieb personally, let me know...
Top

I've been looking at this subject too recently.

Though I didn't find one I agree with 100%, there are a number of YouTube videos that raise some very good fakery points on this scam.
Search YT for "ebola hoax" to see them.
Top

There's just so much to dissect with Ebola, and a lot of it is counting on the fact that average people don't have a great grasp of medicine and when things are messy they would rather not ever deal with it. Which is the reaction being counted on here, the usual fear plus that ick factor.

Hopefully I can add something more cogent later, but I wanted to share that this campaign has chosen a notable slogan and web addy: Big-Pharma indeed. These 6 companies are profiting quite nicely off this Ebola fear.

What movies like "The Blob" have been preparing us for, no doubt. Mandatory mass vaccination here we come...or vaccination at mass if you're catholic...
Top

lux wrote:I've been looking at this subject too recently.

Though I didn't find one I agree with 100%, there are a number of YouTube videos that raise some very good fakery points on this scam.
Search YT for "ebola hoax" to see them.

I think this one is good. It shows people supposedly bringing an ebola patient to Spain, but it appears to be a military operation from start to finish. You don't have to watch it all, after around 6 minutes the guy starts to repeat himself.

I wouldn't worry about Ebola... the British are going to invade it! 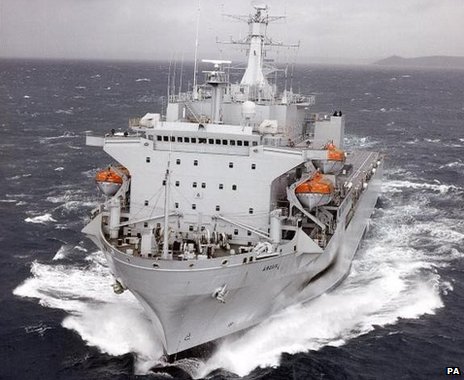 Fighting those viruses over there so we don't have to fight them over 'ere... our brave boys!

The BBC is also providing plenty of helpful information...

How not to catch Ebola 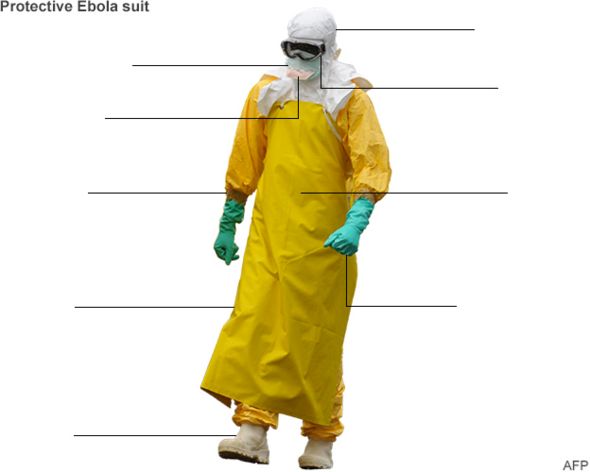 Just the sillyness of bringing the patients back to Europe and the USA proves it is a hoax. They want us to think the government is that stupid (or evil), to increase the fear.

I found this comment, it summarizes what they want us to believe (and is in itself rational): "We once had the best possible containment strategy, the Atlantic Ocean, and now we have a provenly ineffective strategy, rubber gloves and humans."
But then the commenter is accused of being selfish, for not wanting to help these heroes (who risked their lives abroad) by giving them the best treatment we can.

Kary Mullis, the inventor of the polymerase chain reaction scam, is another of those walking narrative devices from Berkeley. Mullis is a talented hoaxer; he rides roughshod all over the dialectic. He will denounce the aids hoax and call out Svante Arrhenius as the father of the climate change scam; all the while pushing multiple scams of his own.

The narrative says that Mullis was recruited to Cetus, the first bio-tech firm, by another narrative device from Berkeley, Thomas White. Here's his interesting bio courtesy of the Smithsonian.

"Thomas J. White graduated from John Hopkins University in 1967 with a B.A. in Chemistry. After serving for four years as a Peace Corps volunteer in Liberia, he received his Ph.D. in Biochemistry from the University of California, Berkeley in 1976. In 1978, he joined the Cetus Corporation as a scientist, and was promoted to director of Molecular and Biological Research and associate director of Research and Development in 1981. He was appointed vice president of Research in 1984. He transferred to Roche Diagnostics Research in 1989 to serve as senior director and in 1991 was appointed vice president of Research and Development of Roche Molecular Systems and associate vice president of Hoffman-LaRoche, Incorporated. Joseph Widunas, who graduated from the University of Illinois with a degree in engineering in 1975, came to Cetus in 1981 as a sound engineer. Now director of new product development for Colestech Corporation, Hayward, California, he was instrumental in the development of the second Mr. Cycle prototype, "Son of Mr. Cycle.""

Cetus was started by Nobel winner and Berkeley hustler Donald Glaser with the help of some of his hustling buddies. Glaser won the Nobel for inventing the bubble chamber for the Atom Smasher's cyclotron at the ripe-old age of 34. I'd be remiss if I failed to mention that the Atom Smasher's little bro started the art of nuclear medicine using those silly cyclotrons with their bubble chambers. Their boyhood friend, Merle Tuve, started the cyclotron program at Hopkins, Thomas White's undergraduate alma mater. Go figure...

The nuclear medicine hustle is just as brazen as its weapon systems and energy counterparts-- the acronym PET stands for positron emission tomography for feck's sake.
Top

For the transfer of the second patient to Spain they seem to have learned from some of the mistakes of the first one. You could actually imagine there is a man inside the container.

But can somebody explain how and why they took this picture? It looks like he is down on the ground near the back of the ambulance. But in the movie he is never on the ground.

(the video on that page is probably from the earlier flight, here is the other one http://www.youtube.com/watch?v=G0YdhLRPhgk)

They use also this picture Are we supposed to think this is the way 4 nurses carry a patient? (to explain why we should bring the patients here?)
Last edited by Seneca on Thu Oct 09, 2014 9:25 am, edited 2 times in total.
Top

The last picture reminds me of this one.

Edit: it is the same building as in the previous epa picture! It is used in http://www.nbcnews.com/storyline/ebola- ... ia-n197321

It looks totally fake, the colors are nice though. The kid looks perfectly healthy to me. A body that died from disease looks awful -- not like a healthy kid playing dead.

And, the 2 guys in the background don't seem too concerned about wearing a mask, etc: