This is the forum dedicated to all 'minor' local psyops - phony murders, kidnappings and whatnot. It has now become evident that the news media constantly feeds the public with entirely fake stories - in order to keep us in eternal fear of our next-door neighbours and fellow citizens.
Post Reply
First unread post • 24 posts 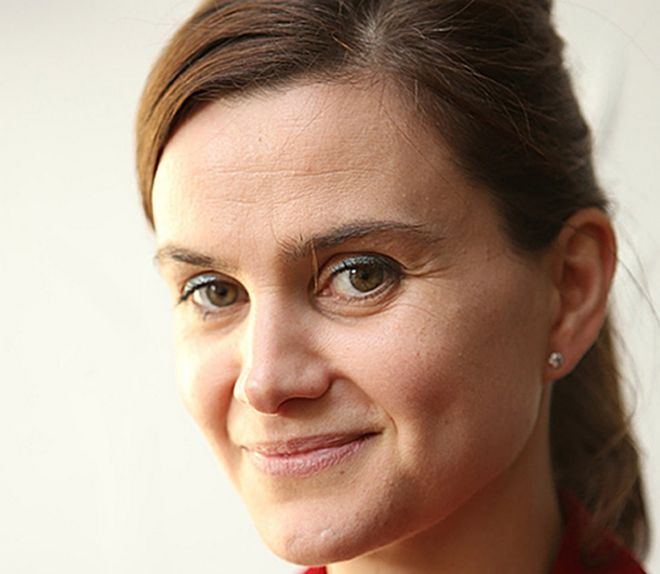 I read on wickedpedia: "During that month Cox launched the All Party Parliamentary Friends of Syria group, becoming its chair"
I can't wait for the "conspiracy theories" arguing she was punished because of her support for Syria

The way it probably went: "Hey failed actor/trusty agent, mind doing one year as PM until we pretend-kill you to guarantee we stay in the bloody EU? Great! Let's get to work. Your name will be..."
Top

That were bloody convenient then!

But, of couse, Gabrielle Gifford's statement surely gives credence to this media-reported death...

Gabrielle Giffords, who in 2011 was herself shot in the head when speaking at a constituent meeting as a US congresswoman, described Cox as "young, courageous, and hardworking".

out of his depth? can't a guy mistype a year?

**********
Admin notice (simon): Nonho - I sincerely apologize. Thing is, I'm going through some of the toughest times of my life these days - for reasons that I mentioned in my last e-mail to you. So I'm not quite myself right now and, yes, am rather out of my depth (and unduly crabby) myself.
No need to apologize, dearest Simon. I know that you are going through hard times and I am so very sorry for you. Actually after my comment I though that maybe you were making a rather good joke about the fact that 2016 feels a lot similar to 2015, because the shabby plot stories and lousy fakery events are rather similar! -hugs
Top

Thanks for correcting the typo, man.

That is a weird article. Though I am used to how the news is written in a hyperbolic (or just hyper) way, this point is interesting:


Tributes flooded in from politicians including David Cameron, Jeremy Corbyn and US Secretary of State John Kerry.

John Kerry always seems to make a point of commenting on things, whether he's Secretary of State or in some other role. Hillary, Obama and so forth always seem to be shuffling chairs to maintain focus on their roles. Anyway, more of the same.

This ROSS PARRY public relations company is a curious entry.


Ross Parry Agency has a different approach to public relations. We can bring your message to a wider audience without it being a moaning press release. If you're still not convinced read the testimonial below:

Emma Cantrill from Intelligent Profile says: "We asked Ross Parry Agency to help raise the profile of Debbie and Andrew Keeble's sausage manufacturing business and to highlight their ongoing lobbying work to pay a fairer price for British Pork. While we knew that that it would create interest within the local media, we wanted a national story to really kick the campaign off.

Citizens are often compared to swine/pigs/etc. by both Zionist types and politicos. It seems to be a kind of inside joke among would-be elites. Perhaps I am jumping to conclusions, here. Pigs in boots is surely legit, and maybe they are just especially proud of that client, which is why it's the only testimonial on the deceptively sparse site?

Why do I mention Ross Parry? Because this PR firm — yes, that essentially means propaganda partner — is credited with this crappy image of the alleged killer Tommy Mair — even conveniently wearing a white cap as mentioned in the article:

tommy mair_90001137_dfa8d82d-5bd5-456d-84dd-0da9d7c10781.jpg
Maybe I am just not familiar with the British flavo(u)r of propaganda, but is it normal for news to need aid from PR companies? Isn't Reuters or Associated Press everywhere enough already?
You do not have the required permissions to view the files attached to this post.
Top

A few things to note (some already mentioned but noticeably odd):
- John Kerry condolences - very strange,
- home-made gun used apparently - no need to tackle gun purchase issue,
- shot twice and stabbed - use of knives more and more associated with extreme fundamentalists,
- kicked her whilst on floor - reminiscent of the guardsman Rigby 'killed' in Woolwich,
- eye witnesses (at least on Sky news) all seemed to be immigrants or of non-'white' heritage,
- arresting police officers faces blurred in photograph - not sure why this required,
- photo of Nair also in combat jacket - outdoorsman, oddball, makes him look like a loner,
- constituency Batley and Spen, is one many from uk will not even have heard of/about (as in my opinion anyway),
- Jo Cox- Joke X as in brexit vote?

The above are only initial musings on incident but it smacks of something odd going on beneath the surface.

—
Everything about this event appears staged, makes me wonder about the previous MP murder from 1990* (IRA car bomb).
•
I'm troubled by the instant flowers from bystanders. Is buying flowers even a natural first reaction to murder ? So quickly ? 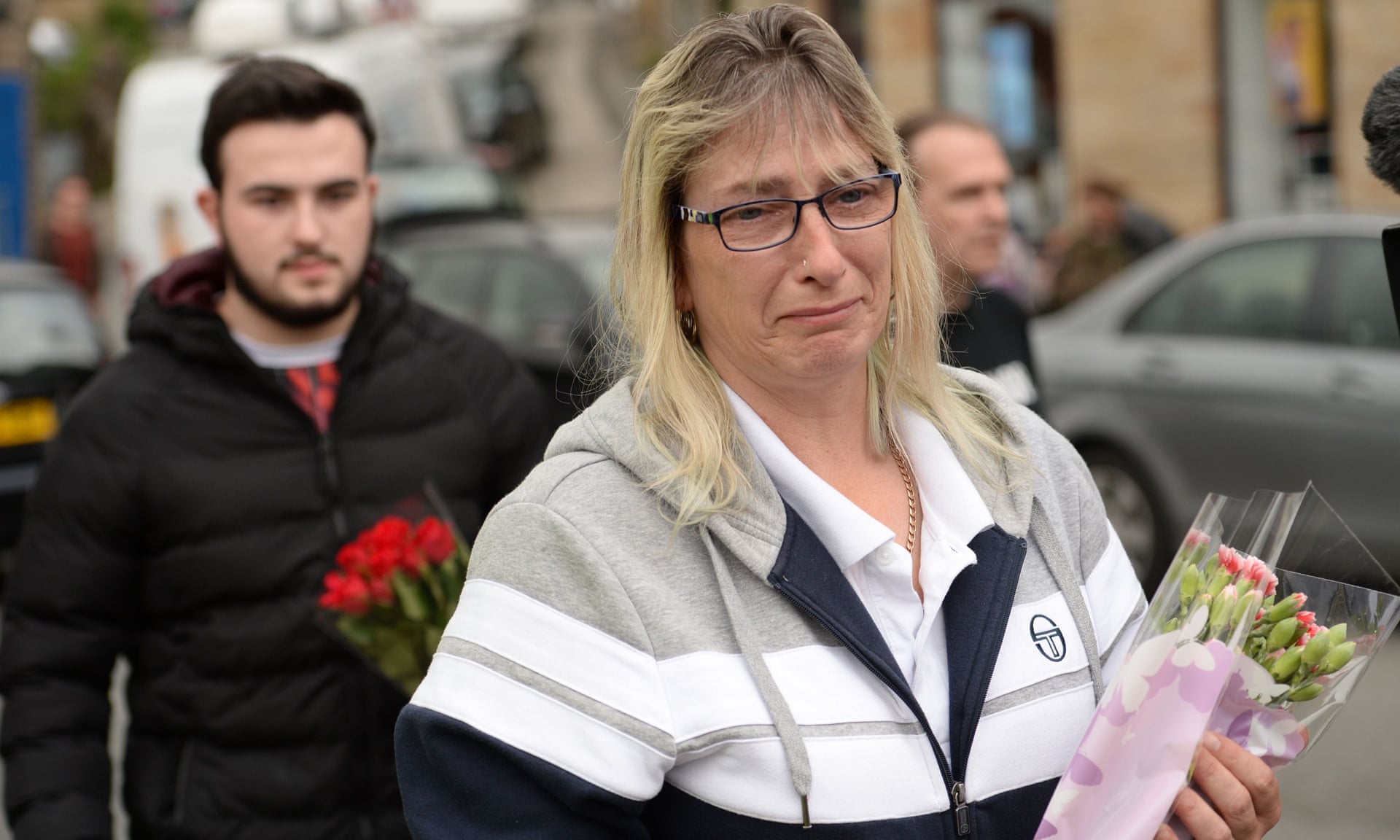 •
Another fact from the article that caught my attention is the name of the most prominent eyewitness, Hithem Ben Abdallah. The first name 'Hithem' is very rare but does exist. Still, i'm curious if the name could be a practical joke by the perpetrators and signify the witness is manufactured.
'Hit Them' Ben Abdallah ?
•
Looking closer at the image of the perpetrator in 'photo forensics', it seems probable this is a composition with 4 or more layers with separated background, main character, headware/cap and secondary person(s) in the lower right corner of the image. ...who has rhetorical things to say to the media one day after his wife and mother of his children has been brutally killed:
http://www.independent.co.uk/news/peopl ... 86191.html

I imagine it would take a normal person maybe a year? To find the energy and desire to share with the cool cynical eyes of the media a story like this? Even to a politician, maybe three, four weeks, to get out of the shock, to leave the house... But media's victim's relatives are always a bit superhuman aren't they. And they have such important messages to convey.


She would have wanted two things above all else to happen now, one that our precious children are bathed in love and two, that we all unite to fight against the hatred that killed her. Hate doesn't have a creed, race or religion, it is poisonous.

Today is the beginning of a new chapter in our lives. More difficult, more painful, less joyful, less full of love. I and Jo's friends and family are going to work every moment of our lives to love and nurture our kids and to fight against the hate that killed Jo.

No words about the Euro cup, pity.
Top

—
The image of the murderer is even stranger when it's not cropped...
It kind of looks like a composition of the colors of a national flag (blue/white/red) cross-pollinated (or gene-spliced) with a military uniform (jacket/boots). •
As we in Europe live in the days of the European UEFA Championship* (football/soccer) held in France, even the building structure depicted reminds me of the structures of football-arenas, scaffoldings and temporary public "fan-zones" with big-screens. Maybe i'm reading to much from the image, but in psychological warfare such subliminal psychological effects could be intended.
—
*3 live games per day, 24 nations singing national anthems and worshipping flags and nations, all day mass media attention with continuous programs with "news" flashes and '1 minute of silence' observed in the memory of victims, black arm-bands for dead supporters, massive supporter fights and violence,,,
Top


The man charged with the murder of Labour MP Jo Cox has appeared in court and been remanded in custody.
Thomas Mair gave his name as "Death to traitors, freedom for Britain" when he appeared at Westminster Magistrates' Court.

Mrs Cox, who was married with two children, was about to attend a constituency surgery when she was killed.
A 77-year-old man, who came to her aid, was also injured and remains in a stable condition in hospital.

A fundraising campaign started on Friday by friends and family of Mrs Cox has already raised more than £220,000.
The funds will support three causes her husband, Brendan Cox, said were close to her heart, including the The Royal Voluntary Service, HOPE not hate and The White Helmets.

Brexit, 'those numbers again' & never forget the money...
Also not sure why the initial hearing should be at Westminster Magistrates' Court when the offence occurred in another district/borough, unless MPs are worth more 'consideration' than the average Joe...
Any legal experts who can clarify?
Top

I can't help but notice more smiles than tears on display at her alleged funeral.
Even more interesting is the one photo that suggests actual crying is unreasonably blurred, that of Rachel Reeves alleged to be to distraught to finish her tribute speech. Two other photos show tearless tears as we have seen so many times. It certainly seems staged and timed to impact the vote.

Brexit won. Someone at MI6 who worked at this project will be taken off the job...

MI6? Bunch of Clowns - I think it goes way beyond that nonho. Nothing happens "by accident" in the sewer known as "politics", and if it does, it was planned that way.

I can't get it out of my head that "Breivik" is also some sort of Diplomatic Shorthand.
Top

You're right, of course it goes beyond MI6 or whatever name we wanna place there, but I still think the agents employed in such operations could be on occasion be the same agents who work in the traditional agencies. Anyway, rest assured that here "MI6" was just a prop in a joke and by no means it was intended as a piece of good information.

However, coming to the fact that "nothing happens by accident", I don't entirely agree. I might be a million times wrong in this particular case with Brexit, but still it could be exciting, in a negative or positive way, to allow ourselves to think that yes, we just witnessed the old establishment of europe being overplayed, and it was not part of their plan... It's possible if we admit (as I believe) that there are conflicting groups and interests at play, not just one mono-block of power scheming against the people from every corner of the globe.
Top

I have a hunch that this Brexit farce has been long in the planning. Why, you ask? Well, these days - whenever I try to -*cough*-...'understand major political events / dramas / upsets', I have taken a habit of sniffing around the Hollywood's ever-reliable "predictive programming" menu. Now, here's what I stumbled over today - as I learned about the recent release of Roland Emmerich's latest 'blockbuster', "Independence Day 2 / The Resurgence".

Wickedpedia 'candidly' tells us that...

And of course, the run up to the whole Brexit drama - what with its mediatic drum-roll-fear-mongering - was replete with dire "war warnings", should the British voters decide to step out of Europe. Much like the 'armageddon-like' plot of "Independence Day 2"...

"If your financial future is tied to your neighbor’s financial future, you’re much less likely to start a war. A Brexit won’t lead to war specifically, but a wave of isolationism across the globe would make armed conflict that much more likely."
http://economyandmarkets.com/economy/fo ... t-breakup/
Top
Post Reply
24 posts