The notion of 'thousands of victims' was crucial to generate universal public outrage. However, having 3000 angry families breathing down their necks was never part of the perps' demented plan. Our ongoing analyses and investigations suggest that NO one died on 9/11.
Post Reply
First unread post • 1411 posts

Maybe thats the part of a cover?

As it is, it just seems to me a flimsy idea, with little or no supporting evidence, except the resemblance between the two. Besides I am not sure that you could really recycle one Bill Hicks into a credible Alex Jones, even if it is all an act. Wouldn't be easier to recruit a new loyal collaborator, than expect this complete intellectual transformation from someone?

I do believe that, say, one agent "Jim Morrison" faked his own death to put an end to his mission at the right moment: harder to believe that after this the rock-and-roll star went on to become an actor or a radio personality or a TV writer. It is probably easier to imagine him out of the spotlight, enjoying some form of controlled retirement.

So if Bill Hicks was some sort of agent, it is possible that his death (quite an undramatic, non-psyop death at that) was really faked and that he just got out of the way. Harder to believe that they risked putting him on the stage again in some other incarnation.

That said, if this attention to his case can help us understand where a figure like Alex Jones came from, who really supports him, who trained him, who he is working for, then it certainly can be useful stuff to discuss.

In the "Truthers and shills" forum, though, not here...
Top

bostonterrierowner wrote:I saw thread suggesting it on Lets Roll. Jones looks around 50 , no way he is 36 . Bill Hicks or whatever the real name of this dude was/is(?) would be exactly this age today. Last but not least they really look very similar . Is it possible that some of these figures originate in some government agency with exactly the job to be present in media and work for the greater agenda in this field? T

This story about Bill Hicks now being Alex Jones came up quite recently. I have a strong suspicion that this was a perp-ploy to ridicule the Vicsim Report - and all similar "face-comparing" researches.

What better way of downgrading the credibility of the Vicsim Report than saying: "Hey, Alex Jones looks like a clone of Billl Hicks!"

The perps are pretty clever - after all. But their 'cleverness' has now been busted. At least in the eyes of those of us paying attention.
Top

Yes, I think the look-alike game is employed to make the bad noses, bad wrinkles and unreal proportions of the vicsims seem like negligible clues.

Bill Hicks doesn't really look like Alex Jones the way the vicsims look like one another.
Top

He had this thing with making the facial hair on the left side of his face appear more prominent. We used to kid him about that shit slop of a mustache. So stylish, he even wore bridgeless eyeglasses.

...
"The mystery about 9/11 baffles me," said Beth Givens, executive director of the San Diego-based Privacy Rights Clearinghouse which has received complaints about the accuracy of the death file. "The only things that come to mind are some of the conspiracy theories that we hear out there -- and I don't want to go there."

Conspiracy theorists, indeed, have noticed and are questioning whether the government has told the truth about what happened that day. A video posted on YouTube entitled "Where are the 9/11 Victims?" shows that only 405 people are listed as dying in the state of New York that day.

Something baffling... I conducted a little test with 3 people I know who have no idea where I stand as far as 9/11. The 3 are your average pseudo patriotic American citizens too busy and content to be interested in 'conspiracies' - it's why I chose them for this. I simply sent them the link to this article and asked them to read it through and share their opinion (one had already read something about it). They all basically agreed the article was interesting and that what peaked their curiosity was "A video posted on YouTube entitled "Where are the 9/11 Victims?"" which they searched for in quotes, but couldn't find it which made them more curious(btw, anyone know where I can find it?). Anyhow, in the google web search results they found a link to this forum they say they eventually clicked. Two at least, say they're now curious enough to follow up. Now - I understand that this is unusual in that this was initiated by me and not everyone would be aware of this little 'controversy', but I guess I'm now wondering why they would even risk leading people to this research by mentioning the title of that video or even "some of the conspiracy theories that we hear out there"...something that could have simply been left out

Is this legit?, are they that stupid, really? Not sure what to make of it now.
Top

Sorry to disturb this thread like this but my intentions were sincere.
Top

RoyBean wrote:They all basically agreed the article was interesting and that what peaked their curiosity was "A video posted on YouTube entitled "Where are the 9/11 Victims?"" which they searched for in quotes, but couldn't find it which made them more curious(btw, anyone know where I can find it?).

RoyBean, you are perfectly right. I don't know why this went past us. "Where are the 9/11 Victims?" returns no results. Either this is a completely made up video title, meant to obscure the "vicsims" name and the cascade of google results it would bring with it, or there was a video by that title, which has been long removed. Either way, an element of manipulation.
As to this story bringing readers to the fakery idea, I imagine this to be a calculated risk, even if these new stories about 9/11 victims are part of a ploy to discredid the research. As to them being the deliberate effect of some ongoing battle, it is a very flimsy possibility. But there's nothing wrong with hope. I do hope 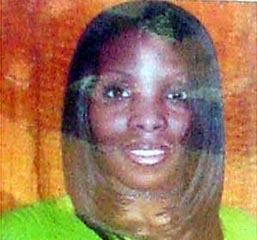 "We are sorry ass motherfuckers", is what the media have become and probably always were!

Observe the fine stitching under the chin!

"where are the 9/11 victims" - i watched it the other day. although it didn't come up in the search i did find it and it seemed legit.
Top

now i can't find it. weird. i do remember that there were 'sept clues' clips in the related videos.
Top

RoyBean wrote:
RoyBean, you are perfectly right. I don't know why this went past us. "Where are the 9/11 Victims?" returns no results. Either this is a completely made up video title, meant to obscure the "vicsims" name and the cascade of google results it would bring with it, or there was a video by that title, which has been long removed.

Well - I have never seen a video on Youtube called "Where are the 9/11 Victims?" - and there is no chance I would have missed it if it had ever existed. The kindest excuse I would have for such bad journalism is that the journalist who wrote that is on drugs - and simply forgot the title of this excellent video (and one of the most 'thumbed up' of its genre that I have ever seen) :

It was made by a guy called Mack. For some reason, he then removed it. Fortunately, our forum member Tufa had downloaded it and has now re-uploaded it on his own Youtube channel. Don't forget to thumb it up!

A lurker e-mailed me the link:

Where are the 9/11 victims?
http://www.youtube.com/watch?v=vjlkF9DlImI


Someone else e-mailed me a question about high-profiler Pitino and his alleged "lost brother-in-law" ...
http://johnjcortes.typepad.com/blog/201 ... osure.html

I mean when it comes to sleaze and wealth, you don't have to dig very far in professional sports to hit a dead hooker, a bank scam or something of that nature so I'm not even sure why the question came up. But here's the article they sent, which includes this memorable quote:


Pitino has done a lot to make sure Minardi is remembered.

He helped raise money to build Billy Minardi Hall, a student dormitory on campus at Louisville. He established the "Billy Minardi Classic," a title given to an annual home game for Louisville every December. And he and seven other friends go on a golfing trip each June to celebrate Minardi's life.

"We tried to do things in his honor that we're very proud of," Pitino said.

Wow, that all sounds so very pride-worthy and difficult for a rich bro like Pitino to pull off. 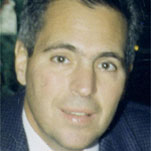 Pitino's alleged wife is named "Joanne Minardi" (???) ... but apparently she doesn't miss her bro enough to include her name on his grave stone? Just Steph, Will, Rob (3 more like nicknames) and Christine (1 full first name).

That's awful casual for a serious grave. And did you catch the wording on that "tribute"?

You know some days we don't love you or miss you, but those days we at least think of you.

Further, he cringe-ingly repeats his relationship to 9/11 again and again, inducing one reporter of the Pitino adultery scandal to write in disgust:


You probably don't need me to sum this up, but just in case: 9/11 was awfully bad, and God knows what it must have been like to have a family member involved. I don't have the imaginative power to get there. Many of us are still formed by that day, and the closest we got were live shots on CNN. But when weighing the personal burdens brought on by an horrifically fatal terrorist attack and a night of drunken adulterous coitus later leading to Pitino possibly paying for an abortion (or at least "health insurance") for a woman who would later marry his team trainer ... well, I think we can admit one doesn't belong in the same sentence with the other.


Quite the character we are expected to believe wouldn't lie about an invented relative.
Top

http://www.youtube.com/watch?v=PoZEuj1VPv0
Thought I recognised that picture of vicsim Brendon J Buchanan (at the 5 minute mark).
Another set of triplets, reunited on 9/11. 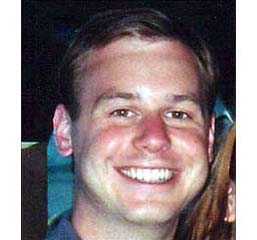 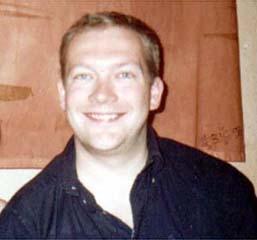 Is that Typeset Lettering on the gravestone?

Findagrave have him buried at two locations.