The vicsim-management crew of the Concordia scam appear to have totally lost control (yes, I now have a fair number of reasons to believe/postulate that this scam also includes simulated victims). I have frankly lost count of the endless, wildly conflicting figures the media has issued ever since day one - what with madly fluctuating/contradicting names and numbers of "confirmed dead" and "still missing". However, you may remember that we had - until January 20 (as Heiwa and I visited Giglio island), "11 confirmed dead" and "22 missing".

Ok, so today (January 24) we have - according to this article of IL TIRRENO, "16 confirmed dead" and ..."22 missing". Now, I wasn't really a math genius back in my school days - but it seems to me something doesn't add up, right here! If they have now found 5 more corpses, shouldn't there be 17 missing people now?

6 victims have still not been identified

It must be recalled that the Costa Concordia never sank and is still on the beach at Isola del Giglio with 70% above water as seen by Simon and me ... and tourist ghouls!!! It means, had you been aboard and had just held on to anything and been in the 70% upper part of the ship you would not have drowned ... and had been rescued in the morning. And you had plenty time to get to the upper part of the ship after the alleged incidents. Why doesn't media report about that? Maybe most people remained aboard and were never transferred to the island but went straight ashore next morning to mainland? The ship never sank is a fact.
Sadly, most confirmed (?) dead people were old (like me) and were maybe trapped below but we don't know how they died. Drowned? The official investigation will tell us sometime.

So... vicsim images were created years ago before this forum's criticisms of fakery and so once created went into the "news event queue" and were forgotten about until release date, or they just don't care and keep knocking out the same ol' same ol'?

Does this suggest the ship has been added to the image? http://errorlevelanalysis.com/permalink/45bd2f5/


The shamed skipper of the Costa Concordia gave a chilling interview a year before the disaster saying he would not have liked to captain the Titanic.

Francesco Schettino, 52, ­nicknamed “Captain Coward” for abandoning his passengers, also hinted at a selfish side as he laid bare the philosophy he lives by.

“I like to make people happy,” he said. “But at the same time I realise that every person lives in this world by himself alone and dies by himself. That’s why ­everyone goes his own way.

“I wouldn’t like to have been in the position of the captain of the Titanic, who navigated the ship through a sea full of icebergs.

“Nowadays the important ­decisions are made by more ­people to help the captain, so he doesn’t carry all of the decisions. But the ­final word is always given by the captain.”

A trio of alleged scammers have been caught allegedly faking a death on the cruise ship liner Costa Concordia in the first sign that con artists are targeting the crippled ship.

It's okay if there are discrepancies in the number of dead/missing, because there are SCAM ARTISTS interfering with the perfectly lawful and forthcoming investigation of this fully real and authentic event.


Who is the pianist? Masked Man?
Top 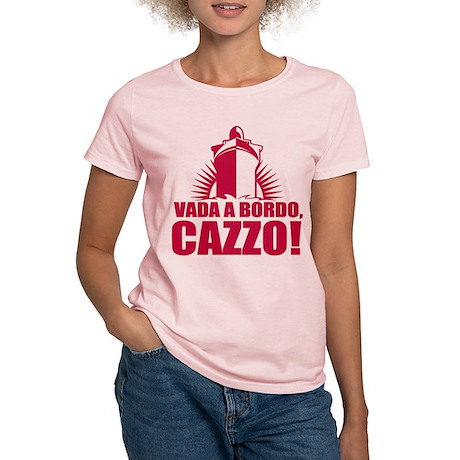 
btw, one day after Aspen Strategy puppet Obama allegedly "screwed" up a State of the Union and monitored by twitter-hashtag pseudo activists, the very same nite some alleged SEALS team "rescued" this somalia-shill victim : too close to the germany|somalia terrorism bogus OP of the 70s ; germany most likely, together with siemens and other EUROZONER scripting all kind of fake news these days, with their own code, noone will figure out.

ps: why *also do they never interview this SEALS-team on tv? Don't their have their voice- and face scrambler any longer,
to [pseudo-]"protect" their identity, maybe with some pentagon-douche manager in the background, to "doublecheck" with "TV" ?

The whole CostaObama|Merkel-combo story is rigged as usual, to let it appear as if there is allegedly still a "captain of democracy" in charge = Oba|Merkel, *here with the insider-joke --correct trans|lation "Stare sul cazzo", indicating dislike for someone else; It derives from Latin culus.. ;-))
yet another degrading translation -to mock the pseudo-political situation- is Cazzo di Budda! (Buddha's cock)
Top

There are many new photos here

Some look quite suspect to my untrained eye.
Top

One thing that just 'struck' me looking at those pictures is why, if there was a 'cameraman' taking photos of the listing ship, did 'he' not get one of the most 'spectacular' moment ie when the ship finally rolled/reached the 'tipping point'?
Surely there would have been a 'bow wave' of some sorts pushing the lifeboats to safety, though endangering ones already 'underneath' the looming ship.
By the way, I realise that there possibly would be no 'splash' as the boat rolled onto its side but there must have been that moment when momentum finally took over and all manner of objects would have been thrown in the direction the boat was going!
Am I missing something [other than my early morning coffee]?
Top

Cameron is also working on yet another nukeCover-up movie re: hiroshima/nagasaki and his italian connection is known since Piranha II: The Spawning [1981], when he worked with producer Roger Corman [notice similar spelling!] and interior scenes were filmed in Italy while the underwater diving sequences were shot at Grand Cayman Island ;- [plus he has 13 year old director's cut|footage from "titanic" plus rights on forthcoming 'Titanic 3D' produced by Jon Landau ; both coOPted into this special- "gig"?]

btw, is "schettino" still under house arrest [??, apparently yes updated: 01/25] in Meta di Sorrento [8,000 residents] or detained ?
What is the unknown background of his lawyer Bruno Leporatti ?
Top

I do see a resemblance:

passenger n. a rider on a train, bus, airline, taxi, ship, ferry, automobile, or other carrier in the business of transporting people for a fee (a common carrier). A passenger is owed a duty of care by such a carrier and has a right to sue for damages for injuries suffered while being transported without proof of negligence.

4200 claims of negligence against the Owners ?
Top

James Cameron was involved in the aftermath of another underwater disaster...


"Top kill" didn't stop the Gulf oil spill. How about something "titanic"?

Federal officials are hoping film director James Cameron can help them come up with ideas on how to stop the disastrous oil spill in the Gulf of Mexico.

The "Avatar" and "Titanic" director was among a group of scientists and other experts who met Tuesday with officials from the Environmental Protection Agency and other federal agencies for a brainstorming session on stopping the massive oil leak.


Can we add "The BP Oil Spill" to his directing resume?
Top

brianv wrote:passenger n. a rider on a train, bus, airline, taxi, ship, ferry, automobile, or other carrier in the business of transporting people for a fee (a common carrier). A passenger is owed a duty of care by such a carrier and has a right to sue for damages for injuries suffered while being transported without proof of negligence.

4200 claims of negligence against the Owners ?

It seems none of the 3 200 passengers (and 1000+ crew) that came ashore a Isola del Giglio suffered any physical injuries.

Porto Giglio is nice but ... no hospital.
A little romantic shipwrecking during a cruise cannot harm so mental injuries?

All alleged victims - shipwrecked Robinsons on Giglio - have a great story to tell unless they haven't already sold it to FOX, CNN, BBC or other pirates on the cyber ocean - so no alleged victim has lost out there?
Actually all victims are WINNERS. Costa (or their P&I Clubs) will pay handsomely so they shut up!

I have a question for Heiwa - our experienced naval engineer on board :

I'm having my doubts about the authenticity of these "new night pictures of the Concordia" - freshly released today:
http://www.dailymail.co.uk/news/article ... boats.html
But let us accept for a minute that they are indeed legit/authentic.

Now here we see the position/proximity of the 2 reefs I have named "A and B" in relation to the ship:

Here's my own picture (which I snapped as I visited Giglio island with Heiwa), also showing reefs A and B in relation to the now sunken ship: So my question would be: Is it plausible that the ship somehow drifted sideways and away from the shore as it sank?
Top
Post Reply
444 posts