The implications are obviously enormous here.

After going through this thread and being somewhat convinced, I picked a few photos (widely available from a google image search) and did my own (very basic) comparisons.

I have added a few crude indicators (all that my skills allow) and briefly list the individual
points below.

1. We observe a visible circlular mark with a freckle below in the 7 o'clock position.
1A. We can see a distinct diagonal scar.
1C. Again We can observe a circular mark.
2. Where Obama's inner eyebrows end, We observe faint outlines/traces of where the
eyebrows have once been extended to, matching the length and shape of bin ladens eyebrows,
where the relevant sections appear to have been added in.
3. We can observe a similar cluster of small freckles.
4. We can see that the ears are an almost exact match, taking into account the
difference in camera angle and bin laden's turban pushing down on the right ear.
5. We can observe that the top teeth are a close match, especially the tooth indicated.
6. We see similar lines below the eye.
7. We notice a very similar line/scar between the eyes.

The eyes are an almost perfect match.

The highlighted area is a cosmetic addition. The lips are filled and the beard
is fake! I believe they have photoshopped in subtle charaters and fake scars
to help disguise some of obama's (small 'o' from here on in!) more obvious forehead
marks and scars.
Understanding this, I see obama every time!

Here is a last picture to show just how closely the noses match.

I believe we have had (necessarily) many 'bin ladens', but that we can all agree
that the bin laden pictured here can be considered the original.

I don't know what else to say. The implications are enormous and unless I am
being somehow punked or am horribly mistaken...

I will post a similar thread on ATS.
Top

[I moved this from "Worldwide media deceptions" -- see announcement in that area for explanation.]

Well it is not the first time we read about this resemblance. The internet is not new to Obama/Osama comparisons.

That said, as far as resemblances go, I admit the two guys look a bit alike -- certainly the nose, the shape of the head, the ears etc. Not so much the eyes and the eyebrows... supposedly they are both very tall too.
I am more interested in the Obama/Osama Biden/Laden assonances and I think it is fair to say that at least in that sense a similarity was meant to be "felt" in the collective subconscious -- for whatever reason.

I think this could be some sort of deliberate "device of confusion" meant to create a collective uneasiness about the threats of the preceding decade: an uneasiness that can make it easier for the pigs in charge to pass new psyops and new "truths", exploiting the propensity we all have to accept anything to get out of an uneasy feeling.

I say this especially thinking at the absurd similarity in the names, more than at the alleged resemblance, but they could both work to the same end. Also the early rumor, clearly artificial and deliberate, that Obama was a muslim, plus his middle name "Hussein", were also clearly meant to add to this confusion and uneasiness.

Same actor? the imagery of Osama is very, very limited. If they had had an actor (the one that, allegedly, is now impersonating Obama) so available to be pictured and appear in video or in person, why didn't they use him more generously for the Osama impersonation? It doesn't seem a consistent scenario. And is the supply of actor-agents so low?

Instinctively, if I had to accept the resemblance, I would go for a lookalike deliberately picked, along with the similar name, to create a subtext of confusion and anxiety around the "rulers". But I am open to different interpretations.
Top

Couldn't the resemblance be simply due to their being related? I mean who knows where B.O. really came from!
Top

Obama... a background faked with sloppiness:

I dont see the comparisons myself... As for Odumbo's credentials, it goes without saying, he is the product of criminals! What was that principle again? Falsis in Unum, Falsis in Omnibus?
Top 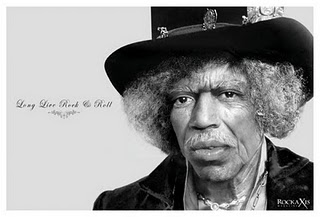 are you saying the simp resident is a sim president?

Or, maybe the slim resident is just a crim president.

Hi nonhocapito.
Thank you for your comments. I only recently came across the idea that obama might be osama,
but have of course been longsince aware of the vagaries and inconsistencies surrounding barry's (fabricated) past history.
Osama bin laden of course is a central character in the 9/11 narrative, and as we know,
the conspiracy was years in the planning. Was barry chosen to play dual roles way back when?
The Bushes were certainly up to their necks in 9/11 and had business ties to the Bin Laden family
via the Carlyle group. Both families benefitted enormously from the phoney wars on terror.
http://emperors-clothes.com/news/bushladen.htm

A collaboration in deception would surely not have been out of the question, and we are very
aware here of the benifits to the 9/11 perpetrators in opting for fake victims/villains over
real counterparts.

I heard somewhere recently that Poppy Bush holds alot of sway in the obama administration.

)
You can see how the notion would appeal to twisted minds.


Have you seen bin laden's flaps?

I don't know how indisputable it is, but now I cannot help but see obama everytime
I look at pictures of the 'real' bin laden!

But actually the "indisputable proof" of that video seems to me to prove that they are not the same guy, because the eyes and eyebrows are too different. Besides, as often, resemblances are not a good way to prove anything because they are too subjective and there is never anything "indisputable" about them.
This video seems to be, alas, in the DallasGoldBug style, singing its own praise, claiming certainty where it is impossible to claim it -- and not being too exigent on evidence either. No good for us, I am afraid.

But as I said, I think that the Obama/Osama Laden/Biden thing cannot be a coincidence, which means there must be some sort of mindgame being played about this. That's a good starting point for our discussion, i think. A discussion where the "resemblance" cannot be and will never be the conclusive "indisputable" point.
Top

I partly understand her. I abhor Obama as well. But why does she adore Osama?

It really boggles my mind why they would link these "terror lord enemies" with their "us president/world leader" character.

Maybe getting people used to the idea that their leader is "Evil" itself?
Top