Graham Berkeley, 37, director of e-business with computer firm Compuware, was on board the United Airlines plane which was hijacked and crashed into the second of the towers.

Mr Berkeley, who was single, had been living in Boston but was originally from Shrewsbury UK, birthplace of Charles Darwin.

Graham's parents, Charles and Pauline Berkeley, of Shrewsbury, on hearing of their son's death told Wales On Sunday: "The sunshine has gone from our lives."

Graham had been trained as a violinist at the Royal College of Music in London after going to school in Shrewsbury, had worked for a year with the BBC Radio Orchestra, and then a German orchestra before becoming involved in the computing industry.

And yesterday the couple cried as they told how they had learned of his death in the city he loved.

"When he got into the plane that morning he was heading to Los Angeles to give a conference there, " said Mrs Berkeley, 64, a retired nursing auxiliary.

"He was on flight 175 that went into the second tower. I wish he had laid over that morning."

Yesterday his father Charles, 69, a retired power station supervisor, said: "He was always meticulous about his business." Mrs Berkeley, who is waiting for a double hip replacement, added: "He was a fantastic lad."

Can you put a little clarity into this sentence?
Top

Can you put a little clarity into this sentence?

Here are photos of Charles and Pauline Berkeley with their smashing lad, the 911 vicsim, Graham Berkeley. Above are also two screenshots of Charles and Pauline Berkeley taken from their interview with Sky News at their Shrewsbury home in May 2011.

The interview marked the momentous occasion of the capture and slaughter of the evil sheikh Osama.

Now here's the funny thing.. Have a quick peek at that Sky News interview.

In the Sky News footage, Pauline gestures towards Charles, the vicsim's father and her husband of 40 years. But Pauline struggles to remember Charles' name and settles on calling him "Les" instead!


This is the whole transcript of the Sky News interview of "Charles and Pauline Berkeley":


Pauline Berkeley: I ran up and down the bungalow. I had a cardigan on. I was trying to rip it to bits. And he, Les, grabbed me and held me.

Sky News narrator: That was how Pauline Berkeley reacted a decade ago to the news that her son Graham had died as his plane crashed into the Twin Towers.

Her reaction to the fact that the man behind the attack is now dead is less extreme but equally heartfelt....

Pauline Berkeley: Well I cried at first, erm, relief I think, more, that they'd actually found him and hopefully all these atrocities will stop.

Charles Berkeley: I was shocked at first but then glad that they've found him, at last. I'm glad they've persevered, any way.

Not a single mention by either "parent" of their son, nor do they name "the man behind the attack" (bin Laden). It was only through heavy spin that the two interviewees were cast as the parents of a 911 vicsim...
Last edited by reichstag fireman on Tue May 22, 2012 11:18 am, edited 8 times in total.
Top

There is some sophisticated computer-generated video imagery of this particular 911 vicsim, "Graham Berkeley".

The uploader of the CGI video was "Joe Wurm". There is a listing for "Wurm" on linkedin.com.

An animated GIF conversion of 150 frames from that CGI video of "Graham Berkeley" is below:

We see the same techniques used in the videos of "President Obama" and the "farewell" video of 7/7 perpsim "Mohammad Sidique Khan".

In particular, the addition of gesticulating hands which have no visible connection to the CGI'ed torso.

P.S. note the curious CGI glitches on top of the vicsim's scalp and across the eyebrows in this shorter excerpt from the same video:

At last, I have been looking through various vicsim threads on and off for hours looking for this post.

The reason being that I was surprised at the time of reading previously, but not a member so unable to reply, that no-one had drawn the striking comparisons between this Graham and Graham Norton.

Norton is a chat show host and general media dogsbody.

He is also gay, in fact it would seem that lacking any personality he has simply increased his level of 'gayness' to such a degree it eclipses all other aspects of his demeanor. It has been quite successful so far as I can tell, he has a fairly regular prime(ish) time show with his name in the title, living the dream indeed.

The facial similarities are striking though, the mouth/smile/teeth and general outline and proportions of the head. Even skin colour and hairline, if that sharp V shape is genuine.

To be fair any similarity between a gay British man and this Norton imbecile would likely be maximized to the greatest degree possible, as he is somewhat of a gay icon i think.

This might explain the bizarre phenomenon of gay men that have never been anywhere near Ireland affecting a Norton-esque brogue. 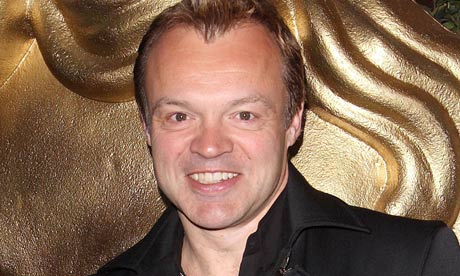 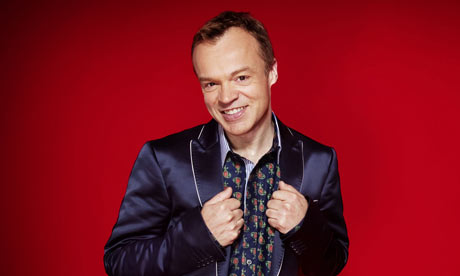 Could he be a face-donor for some morph software?

Then the brilliant imaginations at work on the scam thought "lets make him gay, really overtly so, and call him Graham, and say he is English, not Irish, to show how clever I/we am/are".
Top

I've had a look at the UK "victims" and Graham Berkely was, naturally, one of them. There's not much on him.

While Charles and Pauline Berkeley watched on television as the second plane hit the World Trade Centre, their grief for the loss of others was slowly overwhelmed by the fear that they had seen their son die. They knew their son Graham was travelling that day from his home in Boston. From their secluded bungalow in Shrewsbury they called his cell phone and emailed him repeatedly. He did not answer.

Graham, being resident in the US, might have referred to his own phone as a cell phone, but we Brits don't call them "cell phones", we call them "mobile phones". It's odd that the Guardian, a Brit newspaper, uses the term "cell phone".

When being phoned by an airline regarding the death of your child on one of their planes, the word "hoax" isn't the word I'd readily think of, but "mistake".

Here's the link to his tribute, supposedly written by Charles Berkeley (his name is at the bottom).


Graham was our second Son, born at Home in Worksop Nottinghamshire but spent his Schooldays in Shropshire when the Family moved due to his Father's promotion within the Central Electricity Generating Board.

If Charles wrote this he'd put "my promotion". I've pasted it verbatim apart from the apostrophe error in "father's promotion" which is a question mark instead. 4 words are capitalised when they shouldn't be (son, home, schooldays, family).


When the B.B.C. financial cut-backs caused the closure of the Radio Orchestra he moved to Cologne joining orchestras in Cologne and Wuppertal to finance his studies with Professor Ozim. The closure of the Wuppertal Orchestra led to him taking a post with the German arm of a U.S. Software company as a customer liasion using his linguistic skills to deal with queries coming from across Europe. He was offered I.T. training and became a gifted analyst and programmer. He moved to America with the parent company, and later joined Compuware Corporation where he rose to become Director for E-Business Solutions

Because, of course, when you lose your job in an orchestra you naturally gravitate to a job where you have no qualifications and no experience simply because you speak a bit of German.

The tribute was clearly not written by Charles Berkeley as no parent would write:

BTW Reichstag fireman, in the first post, calls attention to Charles Berkeley's first name and then states that Pauline calls him Les instead of Charles. I bring attention to Charles. Unusual, but not a great leap from Charles to Les. Doesn't make him any more real though.
Top

He was on flight 175, was he? Is that the "plane" that is documented to have collided with the tower at 3 different speeds at the same time?

Nobody died in these cartoon planes.
Top

Why did onebornfree use an 'average plane length'?

Flight 175 is claimed to have been a specific plane model with a specific length.

Using the length of 159 ft gives me the following speeds...

This still confirms that there is a massive problem with the various alleged flight speeds seen in the cartoons.
Top

I can't say, Critical Mass. Perhaps laziness. But it does give the contradictory range of the media's "9/11 plane sightings" their well overdue fact-checking: the videos are wholly fake.


Thanks Hoi for linking me at clues forum.

It was good to be corrected by "critical mass", and your guess was right, laziness on my part led me to use an average length for two different model planes. Oh well, live and learn :-).

Please thank him for his correction. I will update my post and use the 159 ft calculations instead ASAP

Apache wrote:I've had a look at the UK "victims" and Graham Berkely was, naturally, one of them. There's not much on him.

After such 'horrific' events with all the panic and mayhem that ensued, would an affected airline manage to find the parents tel nr of a foreign national who 'died' and call them to give the 'bad' news less than 8.5 hrs later*? (Not the cops/Feds?)