If NASA faked the moon landings, does the agency have any credibility at all? Was the Space Shuttle program also a hoax? Is the International Space Station another one? Do not dismiss these hypotheses offhand. Check out our wider NASA research and make up your own mind about it all.
Post Reply
First unread post • 184 posts

You could say Elon-gated Musk-et is taking us to places that others fear to “tread”...
Top

TrutherInTX » February 8th, 2018, 3:27 am wrote:Its disheartening at the thought of billions of dollars going to this venture.

or just continuing the Television Space Hoax, it describes the structure for the missions they're showing.

Project Blue Beam has all the usual hallmarks of a conspiracy theory:

It attempts to shoehorn events that have happened, and are happening, into its "predictive" framework, particularly with references to films being used to prep people psychologically for the conspiracy's dramatic conclusion.
It shows a lack of comprehension of the practical psychology of those who are not paranoid.
It plays on fears of alleged advanced technology that most people, including its author, do not understand.
The theory itself cobbles together past conspiracy tropes, starting from paranoia and progressing to technologically implausible plans with motivations that literally do not make any sense.

The blockbuster TV show 9/11 has lasted this long and still to this day many/most people can't accept the CGI/TV/Movie Program fact. Even with solid evidence as displayed in SepClues! The cognitive dissonance is across a mental bridge too far to consider.
Top 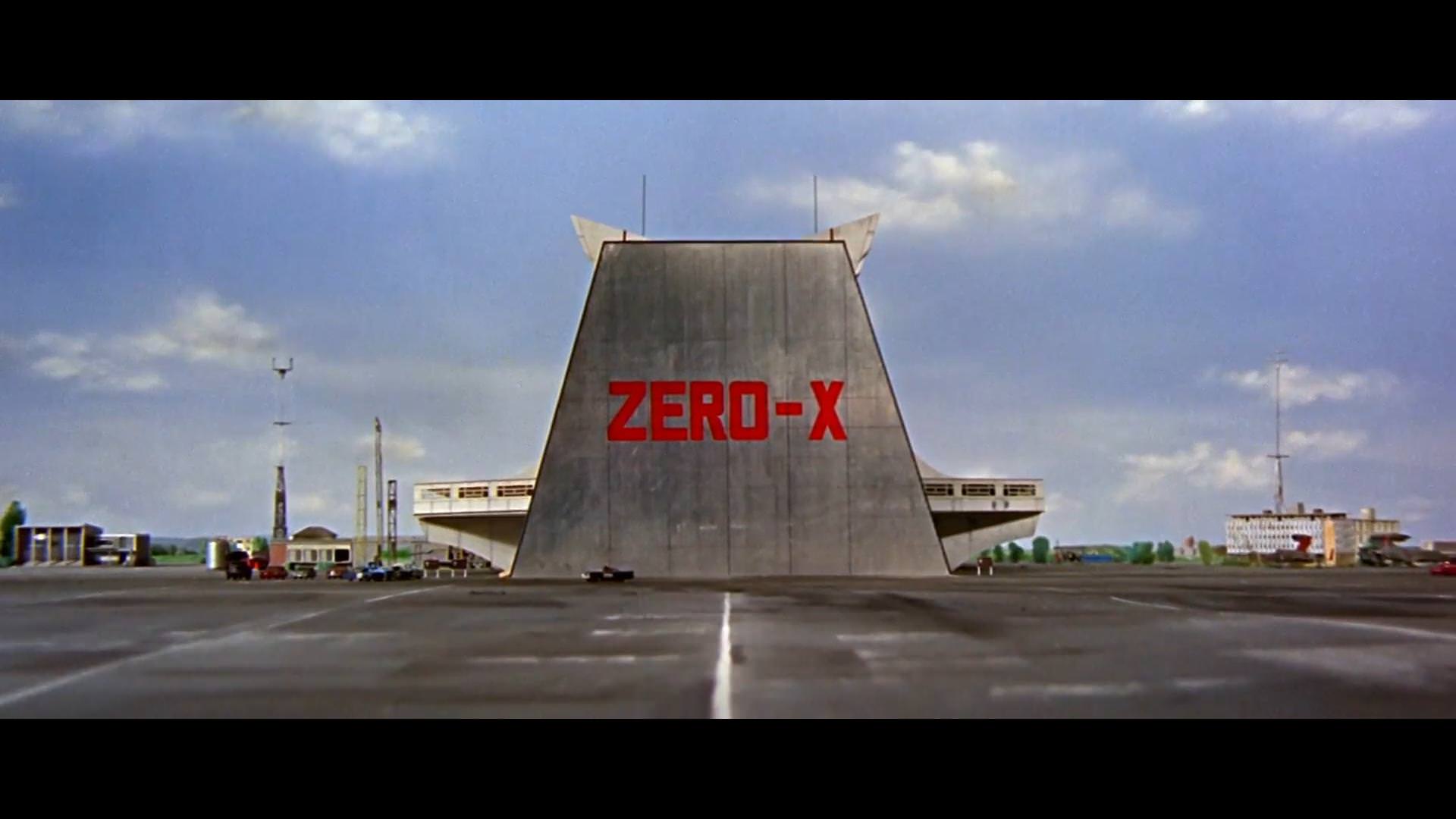 Apparently, the launch "sparked a small brush fire that cooked the camera"...

"Senior NASA photographer Bill Ingalls apparently set up his Canon EOS 5DS at an unlucky spot near yesterday's SpaceX rocket launch. He placed it outside the pad perimeter yet the launch sparked a small brush fire that cooked the camera. "I had many other cameras much closer to the pad than this and all are safe," Ingalls wrote." https://boingboing.net/2018/05/23/nasa- ... ra-co.html

"Fortunately, the SD cards didn't melt and he was able to access the final photos taken by the camera before its untimely death. Two of them are below."

***********
Edit to add:
And if you're curious to know more about that Bill Ingalls phonytographer, here's a telling bio...
http://ingallsimages.squarespace.com/about/
Top

Apparently, the launch "sparked a brush fire that cooked the camera"...

"Senior NASA photographer Bill Ingalls apparently set up his Canon EOS 5DS at an unlucky spot near yesterday's SpaceX rocket launch. He placed it outside the pad perimeter yet the launch sparked a small brush fire that cooked the camera. . . .

It’s a good thing a plane didn’t hit that camera. The “images” may have been destroyed! Oh my when will they stop it already?! It’s just embarrassing.
Top

As always, the beauty is in the eye of the beholder.

Have a look at this interview of Musk by Rogan. I am convinced that in the first 15 min. Rogan succeeded to out the slippery weasel. I will not say what I noticed but will do so later after others have a chance to evaluate this video.

Well, looks like everyone is busy checking the hurricane and how much the Deep State has chewed up the US.

In the interview Rogan asks Mr. Genius how he got permission/permits to "Dig "The Tunnel" under LA". He does that 3 times over the span of about 8-10 min. If you watch closely all he gets are evasions

Big or small projects require approvals. Digging under cities is a serious endeavor requiring a serious and lengthy approval process where a guy at the top of the food chain would need to be involved in order to convince that the whole thing is not BS. That would be one hell of a approval process.

But what do we get from Muskeee Long Tongue ? After 10 min. we get the line that they got a permit to "dig a hole" and THEN they just went for it and tunneled for a mile.

This guy is lying his ass off. He is a puppet in an office and nothing else. A BS who got a "hipster gig" of a life time.
Top

Spot on, heniek1812. The Musk is a kid with mental issues hired to play the role of an extraterrestrial genius, engineer and businessman, all in one.

I figured you were referring to the tunnel digging permission thing. It is simply grotesque. No analysis required.

Many of the youtube comments sound like they were written by the same guy. I hope they are not authentic and sincere. How could so many people mistake claptrap and evasion for genius?

On the first page of the thread, nonho summed it up pretty good:

Exactly !!! I must admit again that I never payed attention to this guy UNTIL that is I saw the Rogan interview.

My BS-meter picked up bad vibes almost immediately. That BS about the flamethrowers gave me the impression that from a subconscious level HE IS TELLING US that it is all a scam. His little "story" is basically saying to us "I am selling BS and YOU are buying it."

OK, the rockets might be built and they do go up but Musk has squat all to do with it. I can't imagine how a guy like that with no background in aerospace be leading anything. Unless he write the code "Hello World" to be used on their web page. His role is to be the Hipster for the Millennials so that they focus on him while their tax dollars are drained to make some group rich.

The observations here about the Grasshopper flight in 2012 give me a similar strange feeling of flakiness. Mighty strange flight video and the flames even stranger.

Here is one VL flight where things appear to be believable unlike that candlestick in Texas,

At 37:00 the booster rockets are descending for their perfect, side-by-side landing on two adjacent pads. The announcer just prior reminds the viewers they are watching two different videos. Problem is, the videos are the same. They actually show both rockets heading for the SAME LANDING PAD until just before landing, the view switches (too late, see "9-11 Nosethrough"), and miraculously both rockets land EXACTLY AT THE SAME TIME. Incredible they let this slip. Already people are saying it was operator error and they accidentally put the same video on both screens. Right.

Here is the link: https://www.youtube.com/watch?v=wbSwFU6tY1c

Video was modified and there is no longer anything beyond ~34 min.

One would think that if there is nothing to hide EVERYTHING would be shown. But NO !!! Not in the Gender Fluid Era.
Top

Guys, I'm rather enjoying going through this thread. It is almost as good as the "Crane on Mars" show.

Here is a video of interest with a really good title,

Look at the landing at 1:37 min, to see who will be on the ground FIRST. Now watch who pops out at 1:42 min next to the first lander prop while the other in the distance is still belching dangerous flames. Or are those inspection lights of Sun magnitude luminosity ? How dry and wet under that rocket.

That part is truly an insult to intelligence of a normal human being who does not stare at a smartphone all day long.
Top

More good news from the Elon the Martian Show.


A jury on Wednesday cleared SpaceX of any wrongdoing in a lawsuit brought by a former employee who alleged he was retaliated against and ultimately fired for raising concerns about rocket-testing procedures and safety.

The Los Angeles Superior Court panel deliberated for about three hours before rejecting Jason Blasdell’s claims that he had a reasonable belief that Space Exploration Technologies Corp. was falsifying its rocket-testing data.

In his lawsuit filed in April 2016, Blasdell said he received positive reviews from management while working at the rocket and spacecraft manufacturer’s Hawthorne headquarters as an avionics test technician from 2010 until his 2014 firing.

http://www.globallegalchronicle.com/jas ... gies-corp/
Check out the Law Firm Orric mentioned in the link by clicking on it.
Top

Musk said that the Big Falcon Rocket has room for a hundred but will use the space to store extra fuel and oxygen to ensure the travelers have various options for recovery if something goes wrong.

“In 2023, as the host, I’d like to invite six to eight artists from around the world on this mission,” Maezawa told reporters, adding that he wants to reach out to “top artists” including painters, sculptors, photographers, fashion designers, musicians and film directors. The crew will spend a week in space.

Brace yourselves for a bunch of clowns and CGI animation loops streamed live 24/7 for many days at end (and probably viewed by billions of people) in about five years from now.
Top

Musk Empire is starting to burn at the moment,

The end is now in sight for gas-powered vehicles in much of the world.


So ends the article. It may be true. In which case, only later it will become clear that the real end of this change is to bring all vehicles 100% into the digitally controlled surveillance realm, so as to make sure that at no time ever a human life is lived outside the matrix. Hopefully hackers will make it more interesting.
Top
Post Reply
184 posts