That said, I haven't seen any evidence the fire is a hoax/psyop nonetheless we must always be vigilant

Neither have I, it's just a hunch. The media coverage feels orchestrated. Macron was there right away to "gather the nation". It may be as you say a diversion because of the yellow vest protests.
Top

22 members of the “New Freshmen” in Congress are Spooks

22 out of 101 members of the “New Freshmen” in Congress have worked for the C.I.A. or been in the Military (Intelligence.)

The Old Soviet had rules about KGB and other intelligence services—barring them from public office!

This a huge conflict of interest. Do I really need to comment?

Clandestine services have secret oaths, and allegiances with foreign powers. Their prior work (in Intel) was not just about collecting information—as MSM/Hollywood have the public believe. But rather, they run what are called PsyOps and dis-info campaigns in every corner of the globe, including “Democracies” like USSA.

Comments, questions? Anything I need to add?
Top

Smoke/Eat up while supplies last!

[Admin Notice by SCS: This might be a noteworthy post—but, at this point, I’m not seeing enough for a full-blown topic. So I have moved it here. If there ends up being more to it, that could always change.]
Top

Re: 22 members of the “New Freshmen” in Congress are Spooks

RollieQuaid just wondering where your intro is, that is required when joining the forum?

Also, you've made 2 posts and they are both verbatim from the link to your blog? Not really understanding the point of your CBD post.
Top

Re: 22 members of the “New Freshmen” in Congress are Spooks

As noted by our esteemed member CluedIn—please do introduce yourself here.

Also, not that this makes the situation any better—but, the idea of keeping military and intel agencies out of legislative bodies is about as realistic as separating salt from the ocean.

That’s just the reality of the situation.

[Admin Notice by SCS: I have moved this “topic” here as well. Like the other, if there ends up being more to it, that could always change.]
scs

I really don’t want to open up a can of worms on cannabis except to say that nothing good will come of it.

First it was quasi-legalized for “medicinal” purposes. You know, it helped counteract chemo “side” effects like suppressed appetite and whatnot. But it wasn’t just for cancer or AIDS patients (social anxiety, headaches, back pain, etc.). You could go to a doctor, pay about a $100 for a meaningless evaluation and another $100 for an ID and legally buy weed. Then they started pushing the so called benefits of CBD as a potential cure for cancer, AIDS and whatnot. More research is needed of course.

As of 2018 California & Nevada followed Colorado’s lead and legalized the sale/purchase of cannabis for recreational purposes and the floodgates opened. People who say it’s natural and harmless really don’t know what they’re talking about. The “lab tested” cannabis sold at dispensaries are full of so many toxins. Too many to name. For instance, a few days before pulling a plant you poison the soil which produces the highly sought after picturesque buds. Then you dump the toxic soil because nothing will ever grow in it again. And the hydroponic variety are fully toxins from root apical meristem to shoot apical meristem. That's a fact!

I see so many zombified (freedumb) kids and adults high out of their minds with their heads buried in their “smart” phones... Huxley must be laughing from the grave.
Top

It has been widely reported that on April 11th, Beresheet, a privately funded Israeli spacecraft attempted to land on the moon.
https://www.nytimes.com/2019/04/11/scie ... sheet.html

The 100 million dollar project failed in the last seconds of the landing and the vehicle crashed. Here is the supposed final image captured before the crash:

Here is an image taken from about 13 miles from the moon's surface: 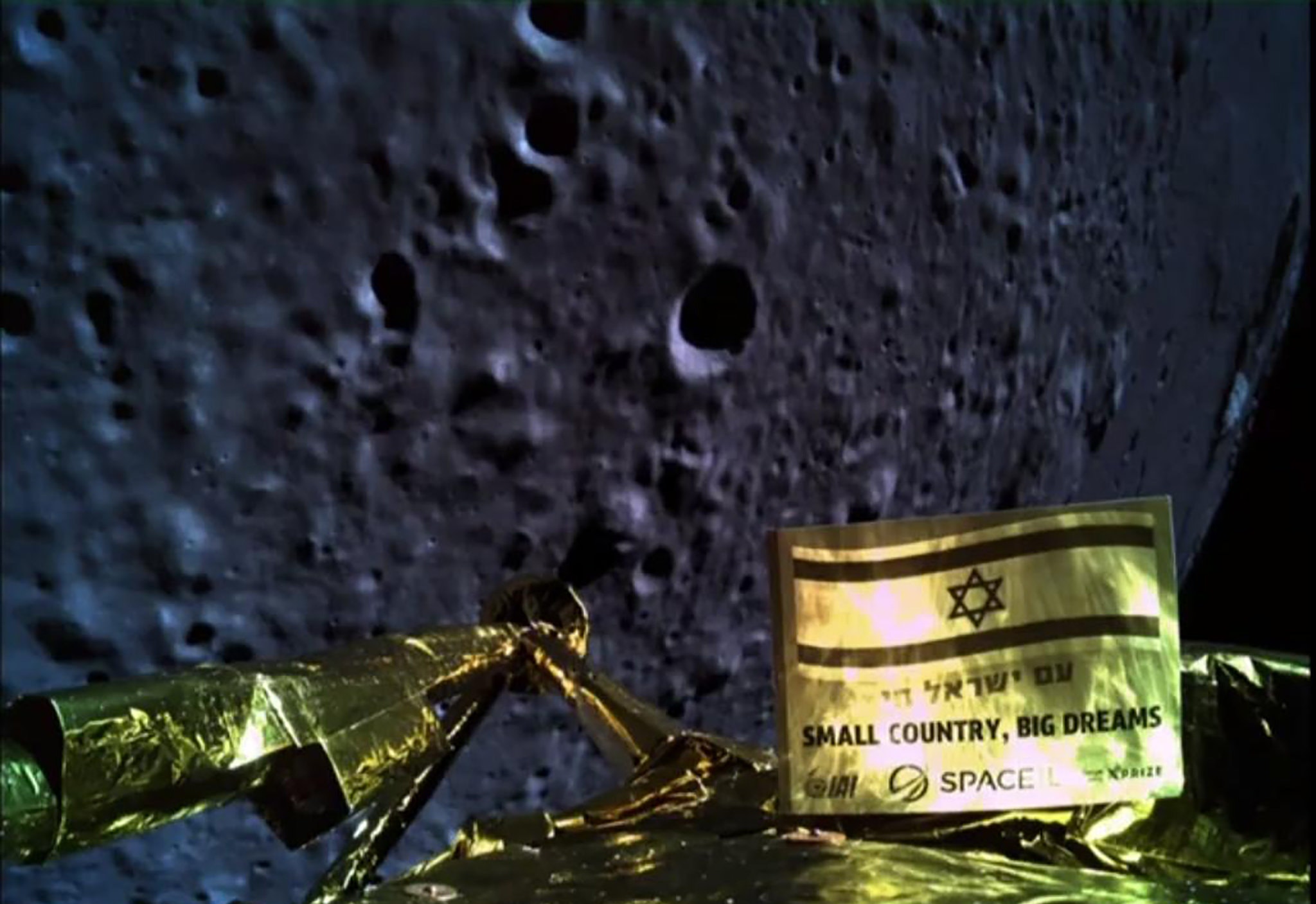 Here is a "selfie" image taken while the the craft was orbiting the moon the day prior to the the crash: 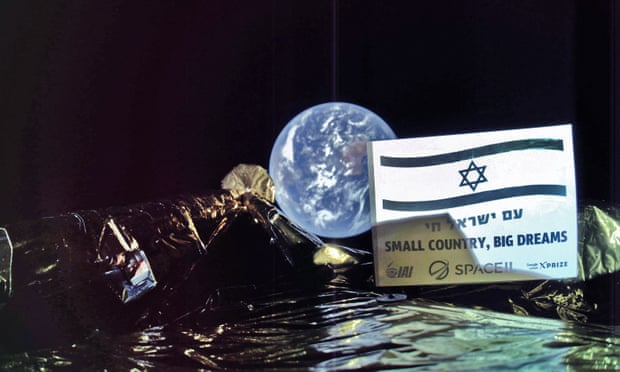 This alongside the recently released image of a black hole exist to reinforce the Nutwork's distorted view of the universe.
Top

The sugar industry against fat
https://drvarner.com/sugar-industry-against-fat/

Let's make a short visit to a slaughterhouse. 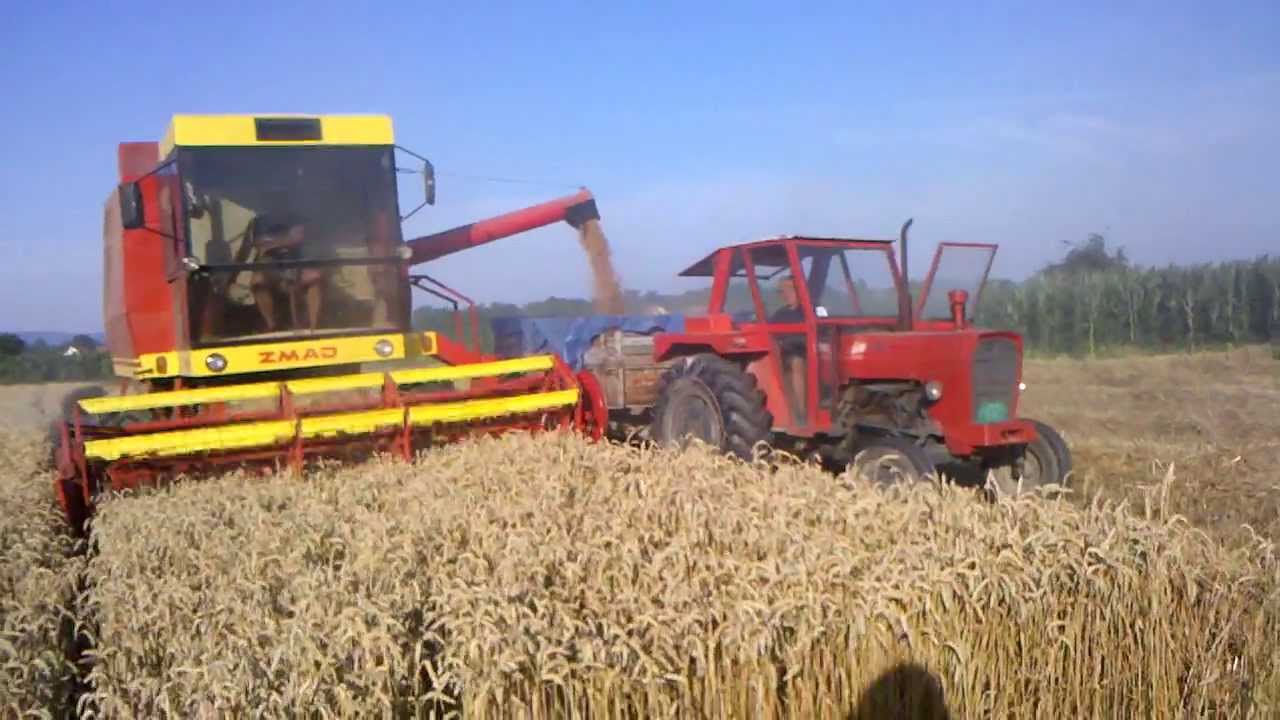 Do you know how many deer kids that gets mamed and tortured by this practice? They hide in the high grass you see and get their legs chopped off. Think about that next time you have your cereal breakfast. So for moral reasons I have bacon and eggs for breakfast... But seriously this is such a pointless argument. Animals will suffer and die or be unable to exist on their habitat because of your existence regardless of what you eat. And the gigantic fertilizer and pesticide showered monocrops that big food makes their products out of is probably the most environmentally damaging food production ever invented. So I will eat my locally produced beef with a clean conscience thank you, and I think it will preserve my health better as well. But hey, we all think different.
Top

Where is everyone these days? Has everyone died of Media Fakery Fatigue?

Over a month ago I posted images detailing perennial boogeyman, Israel, and their disappointing first attempt at landing on the moon.

No one bothered responding.

I thought space image fakery was a popular topic around these parts.
Top

ghostofpedro wrote: Over a month ago I posted images detailing perennial boogeyman, Israel, and their disappointing first attempt at landing on the moon.


I guess we can chalk it up to, what Simon would call, another "character building setback."

It makes Apollo 11 seem that much more monumentous by comparison.

Bill Nye: 1:35 “…but when it comes to moon landings, just ask the person how you would generate all that paperwork. The warehouses full of documentation that NASHA – NASA created…uh…to make landings on the moon would overwhelm any- anybody trying to do it on the side. You’d just- it’d just be very difficult to print all that.”


Too bad none of those "warehouses full of documentation that NASA created" house the original (?) "moon landing" tapes.

WASHINGTON (Reuters) - The original recordings of the first humans landing on the moon 40 years ago were erased and re-used, but newly restored copies of the original broadcast look even better, NASA officials said on Thursday...


And wouldn'tcha know? CNN's creative marketing department managed to find a treasure trove of Apollo 11 ads (in on of those warehouses that Bill Nye was alluding to, I suppose) just in the nick of time.

Crafted from a newly-discovered trove of 70mm footage, and more than 11,000 hours of uncatalogued audio recordings, the CNN Film “Apollo 11” takes viewers straight to the heart of NASA’s most celebrated mission – the one that first put men on the Moon and forever made Neil Armstrong and Buzz Aldrin to household names. Immersed in the perspectives of the astronauts, the team in Mission Control, and the millions of spectators on the ground, we vividly experience those momentous days and hours in 1969 when humankind took a giant leap into the future. Premieres 6/23 at 9P/ET on CNN.

ghostofpedro » May 28th, 2019, 11:21 pm wrote:Where is everyone these days? Has everyone died of Media Fakery Fatigue?

I'm having the same questions these days... Admittedly, I myself have not been as forum-active as usual lately, yet this can hardly explain the recent, sharp drop in forum activity (and of daily visitors). For instance, as I logged in today (as I've done practically every single day since Cluesforum's birth in 2009), there were no more than ....

Cluesforum4usersOnlineMAY29_2019_01.jpg
...4 visitors! And similarly low numbers have been a trend in the last few weeks / months. I can pretty safely say that this is a quite unprecedented state of affairs. Now, I hate to sound "conspiratorial",

- but I must wonder whether perhaps something fishy is going on, although I'm stumped as to what sort of fish that would would be. However, in later weeks I have noticed a sharp rise in the frequency of (various sorts of) "access denied" moments, such as this one - which occured earlier this morning:

CluesforumACCESS_DENIED_01.jpg
When such "denials of service" happen, I will just wait patiently for a while (sometimes several hours) until the forum returns online. To be sure, such downtimes have never occured as frequently in the past. Could this partially go to explain the recent drop in forum traffic? I don't know. Just saying...

I would of course appreciate hearing from other members whether they are experiencing similar (recurring) "denials of service" lately.
You do not have the required permissions to view the files attached to this post.
Top
Post Reply
4929 posts