It has taken less than 10 years to pry open the can of worms enshrouding the pathetic 9/11 scam. The central role of the major newsmedia corporations to pull off this sordid "terror" simulation has now been comprehensively exposed. Before joining this forum, please get familiar with the research at: http://www.septemberclues.info
Post Reply
First unread post • 116 posts

...the demolition of two empty towers in Manhattan kicked off a glorious era of enlightenment for humanity at large. The sheer crassness of the 9/11 hoax has awakened millions of individuals all over the world to the pathetic machinations concocted by the sorry little clique of rogue, "supremacist" psychopaths that pretends to rule over the fine people of this otherwise magnificent planet. Mass deception is their chosen strategy to uphold their ill-gained privileges - and it has certainly worked quite nicely for them for many, many years. However, their antics have become painfully transparent in later times - and there can hardly be today any thoughtful person (worthy of this description) who hasn't started seeing through their self-serving propaganda.

On this day, I wish to salute all the valiant members of this forum who have dedicated large amounts of their precious lifetimes to help unveil the gigantic scam we all know as "9/11". Of course, my thanks and respect also go to other independent researchers outside of Cluesforum who have, over the years, made very significant contributions to the general essence of the September Clues 9/11 research. One of them is a gentleman (and fellow musician) using the most appropriate moniker "Onebornfree" who, just the other day, published a fine article on his website (see below link) - followed by embedded videos of the wider SC research (all of which have become harder to find since Youtube crudely terminated my original YT channel). Many thanks, OBF !

They honestly know that many in the public will go "Awwww! Cute!" and believe this shit!
Top

Today's the 19th anniversary of the Greatest Terror Hoax of modern history (bar the Moronavirus Terror Hoax, of course). And twelve years on, nobody has disproved my documentary September Clues that I released back in 2008.

Each time that the Nutwork clowns pull off such global hoaxes, they need to "justify and protect" them behind a Wall of Tears triggered by a bunch of supposed victims. Of course, as comprehensively researched and exposed over the years on this valiant forum, NO ONE died on 9/11 (there were no hijacked planes - and the WTC towers were empty of all people). The WTC complex (enveloped by an impenetrable smokescreen which, probably, was generated by military-grade smoke machines placed in WTC7) was brought down with conventional demolition explosives. That's it. Easy does it.

Faking a number of victims (on paper) is ESSENTIAL for these hoaxes to "work". As we see today, the entire world is now being traumatized with the use of a bunch of (bogus) "Covid19" victims. History repeats itself, because too few people scrutinize the "historical" events that shape our now moribund society. It is high time for all people with a working brain to realize what sort of psychopaths govern this planet of ours.

Let me take this occasion to send

ALL OF MY LOVE

to the many great contributors to this forum, which was of course founded (in 2009) in the wake of my steady 9/11 research. Your time and efforts shall - no doubt - last for eternity!


STILL HAVEN'T VIEWED SEPTEMBER CLUES ? TODAY WOULD BE THE RIGHT DAY TO DO SO ! 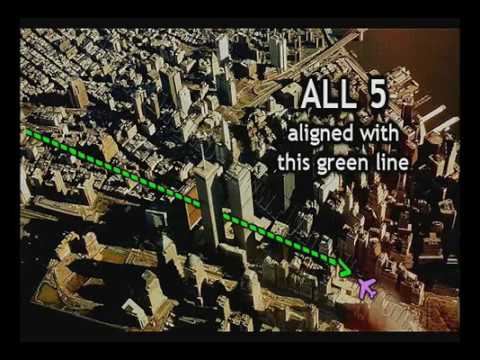 19 years later I still find September Clues to provide the best answers as to what happened that day. We all owe a debt of gratitude to Simon for this fearless work.

Of course, yesterday, we saw no families of victims or any of the personal touches that would indicate a real tragedy of this magnitude. There was nothing really to see or speak of. The little I could find spoke of "lives lost" but never about people. Of course, we all know why.
Top

Ok folks, so here we are... 20 years ago, we were all traumatized by the "terror attack" which allegedly killed some 3000 people in the US of A.

Today, we are all traumatized by the invisible "terror virus" that has supposedly killed 4.5 million people around the world.

Yet, most people still fall for these blatant mega-psyops clearly designed to instill and uphold fear and anguish among the general public.

Of course, the difference between the 9-11 psyop and the Cov1d-19 psyop is that the latter has made a quantum leap in depriving people of their natural, 'God-given' liberties. In hindsight, we can now see that the 9-11 psyop (what with its subsequent 'Patriot Act' restrictions) was a mere test of the public's gullibility - in preparation for the BIG ONE, i.e. the Cov1d-19 terror deception - which is now directly affecting the lives and livelihoods of all the inhabitants of this planet.

To be sure, the fact that most people failed to comprehend the 9-11 psyop (what with its 3000-or-so fake victims) has facilitated the public's acceptance of large numbers of alleged "Cov1d-19" victims around the world. Yet, we have all seen that - in every nation 'struck by the Cov1d-19 plague' - those numbers were artificially contrived / inflated by the W.H.O. (in connivance with the various local/national health authorites) by means of a very simple subterfuge: ALL those who normally died every year with influenza complications were just labelled as "Cov1d-19"victims (in fact, between 2019 and 2021, the world statistics of influenza mortality almost dropped to zero!). On top of that, the all-important INITIAL "Cov1d-19" mortality rates may well have been boosted by some massive flu-vaccine campaigns carried out in autumn/ winter of 2019 (such as, for instance, in Northern Italy). In any case, in view of recent developments - what with people of all ages dying like flies after the jab(s) - there can be no more doubt about the toxic nature of the various experimental broths inoculated into this hapless world's population.

But back to the topic of the day: 9-11. As our collective research here at Cluesforum established (back in 2010 or so) that NO ONE was killed in that 'terror attack', I was contacted by an American journalist, Ersun Warncke of SALEM NEWS. At the time, I was of course a bit wary of talking to American journalists - but I decided nonetheless to give it a go - and luckily so: it turned out that Ersun was an exceptionally honest and diligent journo, as he even spent serious time cross-verifying the SSDI research we had performed here at Cluesforum (showing that the SSDI had no - or few - records of the alleged 9-11 casualties).

Here's the link to that great and memorable SALEM NEWS article of September 12, 2010:

You may also wish to check out the wonderful comments under that article! Here's a link to my selection of most supportive comments, my favorite one being...

"September Clues is the most important film of the 21st century. It's conclusions are earth shattering. It brings viewers face to face with a conspiracy 'too monstrous to conceive'. Simon shack nailed it, his nails are galvanized. Watch and weep, for your lost innocence." (by 'Marshal Law' January 11, 2011 3:56 pm - Pacific time)

Happy 20th anniversary, folks! We sure did a fine job nailing the silly 9-11 hoax, let's get on nailing this pathetic Cov1d-19 scam!

STILL HAVEN'T VIEWED SEPTEMBER CLUES ? TODAY WOULD BE THE RIGHT DAY TO DO SO !

First of all a big thank you to you Simon specifically and all the other members that have contributed to this treasure chest of knowledge. If it wasn't for you guys/girls I would have never seen the truth, not only in the case of 911 but also in the case of the moon landing, Sandy Hook, the Paris events etc etc. In a way my mind did not want to believe all the things laid out so meticulously on this forum but when presented with the facts I gradually changed my perception of reality. It led me to remove myself from this beastly system as much as possible to the point that I am now a proud land owner on my way to become almost completely self-sufficient! This morning I was filling my raised beds and I was overthinking the 911 anniversary and how important this event has been in shaping me. Up to the point that I stumbled on cluesforum I was looking into the nuclear thing, thermite etc etc. All the details and possibilities that are fun to look at but not necessary to understand the core of it all; when aluminium plane meets steel building the building wins.

As we are in the final moments of the last act of this play I would like to take this opportunity to wish you guys all the best in the weird times ahead. I like to think we are here on earth to learn some valuable lessons and man, how lucky we seem to be

And don't worry, there will be more plays to come!
Top

Yes Thank you Simon and ALL of you other cluesforumers who have unveiled the 9/11 LIE and after that, so many others. I owe you.
Top

For posterity here are the headlines on 9/11/21 on the 20-year anniversary.

"We have seen growing evidence that the dangers to our country can come, not only across borders, but from violence that gathers within,"

My response to George Bush is that he is the enemy within allowing our country and the world to be usurped by the evil doers. Stop taking our rights and interfering in our lives. You are taking this all way too far. 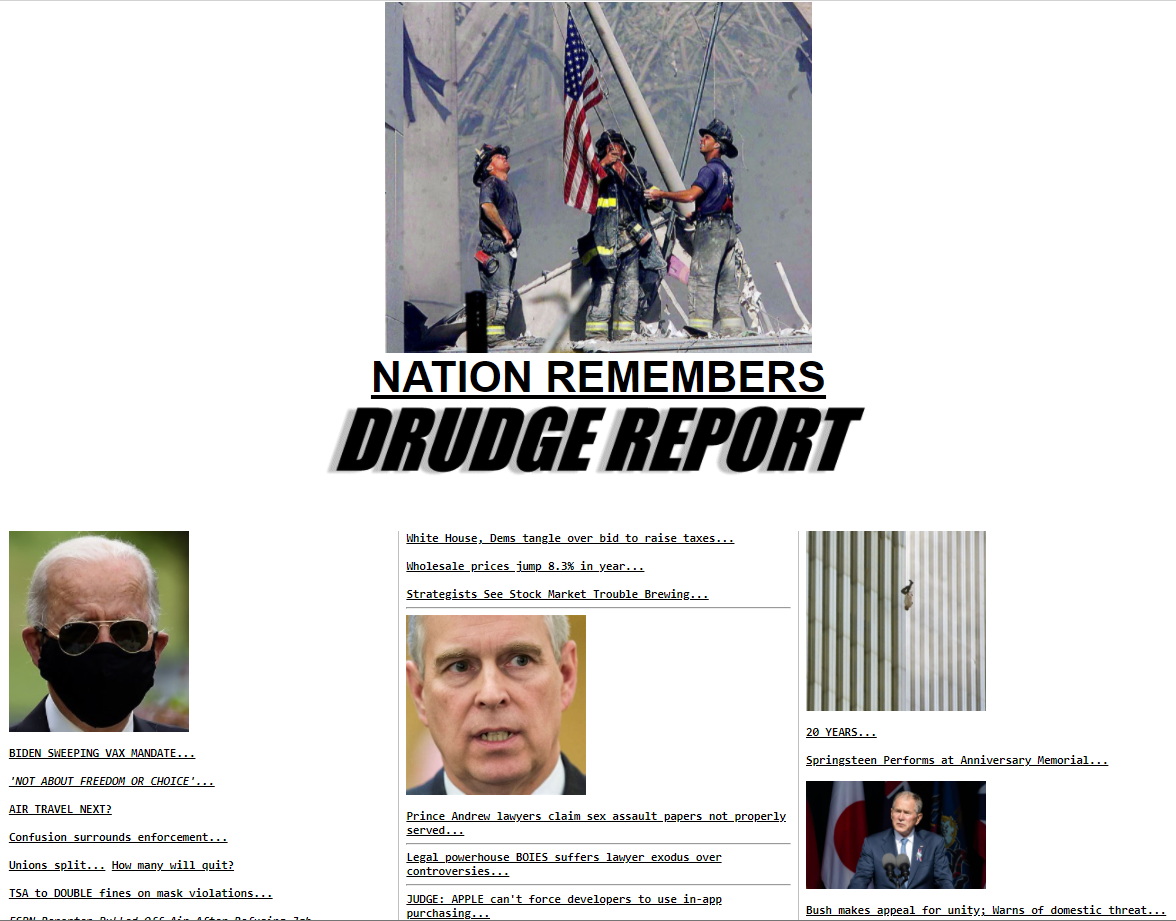 OMG OMG OMG!! Jo Jo Magoo is going to release documents about 911! Will they tell us about their ingenious 33 year long storyline of empty buildings, non-existing victims and planes? About their bullshit story of a dog named Sirius?

There was always (until they destroyed the archives) the most direct approach to verifying the authenticity of the 9/11 videos, namely photo-forensics method, that would prove conclusively that the video material, aired in the News, was not a raw footage: 1clickurls.com/g2focQi
Top

Only2perCent wrote: ↑
Fri Sep 17, 2021 9:44 pm
There was always (until they destroyed the archives) the most direct approach to verifying the authenticity of the 9/11 videos, namely photo-forensics method, that would prove conclusively that the video material, aired in the News, was not a raw footage: 1clickurls.com/g2focQi

Love to see you back, dear Only2perCent ! I wish to thank you once again for translating September Clues into Russian.

Please know that your Russian subtitled version of SEPTEMBER CLUES is now available (and easily downloadable) in HD quality directly from my own archive :