Here's a BBC article about the "event": 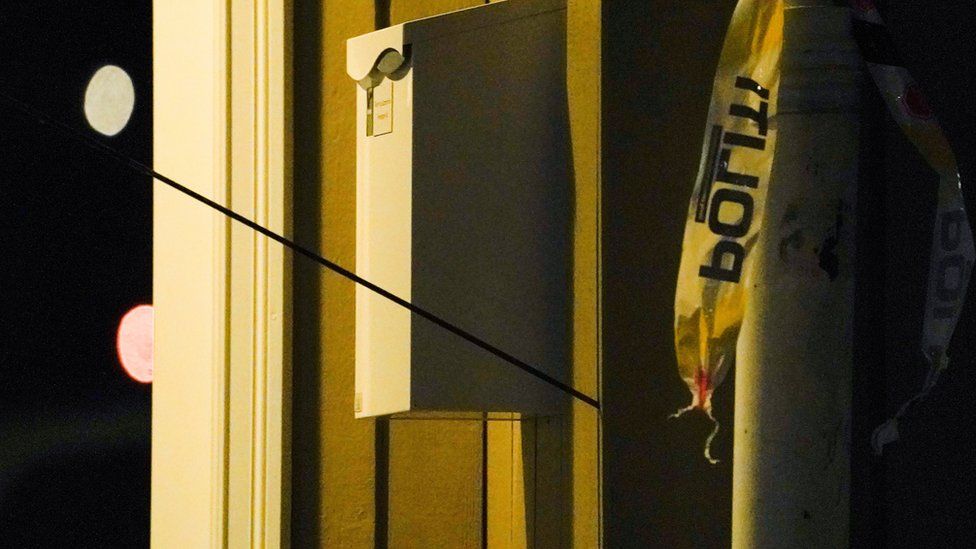 Four women and a man were killed and two others wounded when a man used a bow and arrow to attack them in Norway.

Police first received word of an attack in the town of Kongsberg, south-west of the capital Oslo, at 18:12 local time (16:12 GMT).

A Danish man aged 37 has been arrested and questioned for hours overnight.

Police said they had previously been in contact with him over fears of radicalisation after he converted to Islam.

The victims were all aged between 50 and 70, regional police chief Ole Bredrup Saeverud told reporters on Thursday morning.

He said they were most likely killed after the police first confronted the attacker at 18:18.

Reports of the incident were "horrifying", said Prime Minister Erna Solberg, hours before she was due to leave office.

"I understand that many people are afraid, but it's important to emphasise that the police are now in control," she said.

Quite frankly, I'm not sure how much energy I'm going to invest looking into this umpteenth idiotic psyop (involving, yet again, a "man converted to Islam"). I'm probably growing too old for this utter crap. However, I warmly welcome any follow-up work (by our more patient forum members) about this ridiculous "news story". As a first hint as to the bogus nature of this tale, please note that NONE of those alleged 5 victims are mentioned by name. Oh right, that's because they are just utterly insignificant "John Doe's", huh?
Top

Oh well, since Norway stopped with all the covid heresy for now, I guess the media thinks it is a good idea to go back to the 'good ol days' and scare the people again with this kind of bullcrap.

That's right, according to Wickedpedia, the 'suspect' ("Espen Andersen Bråthen") was arrested at 18:47.
They just can't help throwing that 9:11 meme into each and everyone of their silly psyops...


"The perpetrator is said to have first started firing inside a Coop Extra supermarket in Kongsberg and then moved over a large area. Pictures have been published of arrows lodged in walls at the scene. As the attack continued, police cordoned off several parts of Kongsberg. An arrest was eventually made at 18:47. A warning shot was fired at the time of the arrest, according to the police chief.

By the time of the suspect's arrest, the attack had spurred a large emergency response including 22 heavily-armed police patrols, more than ten ambulances, and two helicopters. The attack was the deadliest in Norway since those committed by Anders Behring Breivik a decade earlier."
https://en.wikipedia.org/wiki/Kongsberg_attack