Hi anonjedi2,
I will accept that the vids look somewhat contrived and unnatural but what to conclude from them, I have no idea.
I do think TPTB are happy to provoke distrust in general and petty bickering as it muddies the water more and whilst we all always have our own agendas in mind we shouldn’t lose sight of the fact that the nutwork has one of a nefarious nature.
The sad thing is who would people around the world now find to be a credible source if they came out with a viewpoint at odds to that being promoted by the Man?
Lionel Messi? Ronaldo? Dwayne Johnson? Tom Cruise? Kermit the Frog? (I know who my money would be on…).
But, joking aside, common sense alone will not prevail we have the rise of Red China, USSR, WWII, Eurovision Song Contest which testifies to that!…
Top


Allow me to add one of the best books I've read on the subject, Fear of the Invisible by Jeanine Roberts.
Top

I have an entire Library full of books such as "Fear of the Invisible" ranging from all topics about virology/vaccines, to history and religion and everything in between. My library is on Telegram, send me a private message if you'd like an invite.
Top

This 718-page book by Dr. Alan Palmer exposing the problems with vaccinology and vacciphilia came my way today. It was last updated on 15 August 2019. 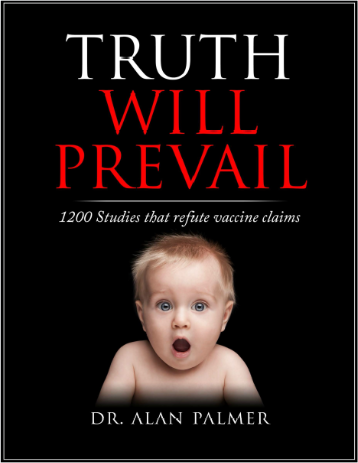 I VERY highly recommend this short 132-page book published in 1977... and you need to read it TODAY !

Just in case it 'disappears', I have also uploaded / backed-up the full book's pdf at my own file storage site septclues(dot)com:
https://septclues.com/CORONAVIRUS%20CIR ... danger.pdf


To 'wet your appetite", here's a brief extract from the book's introduction :


"When a few people in the same area exhibit similar symptoms, the medicine men "proclaim" an epidemic, which is carried by the news media so that everyone knows about it. From the publicized moment on, the epidemic grows wildly. People are panicked, or psyched, into similar illnesses. Every illness is diagnosed by the medicine men as that of the epidemic disease, whereas normally there would be a large variety of diverse diseases diagnosed. And deaths resulting from all causes are attributed to the "epidemic" disease.

The medicine men are very busy and make lots of money together with their pharmaceutical gurus and the massacre continues for a brief period until people's bodies naturally throw off the medical poisons and return to normal, while many sustain permanent damage.

This was exactly the course planned by the government medicine men in the 1976 swine flu hoax. There was never a single case of the bogus swine flu anywhere—the disease itself being the figment of someone's imagination. Other illnesses were proclaimed as swine flu, and deaths were even attributed to it.

The medicine men conned other super-ignorant public officials into supporting the hoax, including the Secretary of Health, Education and Welfare, members of Congress and President Gerald Ford. The news media fell into line as usual. But this time there were a few, very few, skeptics and outspoken people who knew the true nature of such hoaxes, myself included.

Fortunately, there was no mass illness of any kind in 1976 except among those who received a swine flu vaccination; otherwise, had there been a preponderance of flu-like illnesses, the hoax may have succeeded. Unfortunately for the victims, but fortunately for the millions of people who refused the vaccine, there were many deaths and cases of paralysis resulting from the vaccine (not from swine flu), and the pressures from lawsuits, mainly mine and the author's, and publicity concerning the fate of the victims forced the termination of the mass vaccination plan before a truly massive disaster occurred."

Talk about history repeating itself!