This is interesting, but may also in itself be an MSM fabrication.

Girl with private social media profiles discovers (allegedly) that she and her entire real world friends list, including photographs, have been used to set up false identities. These cloned instances have same second names as the source persons, but fictional first names.

This is represented as being multi-platform, and (of course) the false 'soap opera-ed' version has many more followers than the mundane real-world (?) version.

This is reported as being a quantum level beyond identity theft of an individual, but allegedly the hijacking of an entire social circle (cf 'catfishing'?) 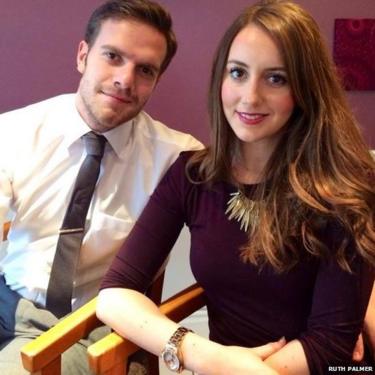 Interesting find, icarusinbound. None of the photos in that article look terribly 'real' to me, they all have a 'super-imposed' cut-and-paste quality about them. Something about her jawline in the above image looks very unusual, the way her 'head' is sitting on her 'neck' looks borderline ridiculous, and the 'photos' with reflections in his glasses look rather unrealistic, to my eyes at least.

What the motivation might be for such a story - should it involve fabrication - I'm not sure. Perhaps it might be part of a campaign to increase general concerns /wariness or dissuade people from using social media (good luck with that), given how powerful a means it is for information to go viral. Or perhaps a bit of a sick inside-vicsim-joke, creating a fake story about fake accounts being made of fake people, passed off as real news.

Perhaps we might consider the peculiar presentation context though. I suspect that sometimes TPTB run 'beta-testing' on certain things to see how the public responds. In this case, one such possibility might be to test how readily people question the identities of the supposed characters, and are able to perceive the 'fakeness' of photoshopped images. What makes this particular instance interesting is that the context of 'fake identities' is actually being provided to the reader, who are effectively being 'primed for fakeness' if you will ("Actually, Leah Palmer does not exist"). In psychology, we know about the effects of priming'; that those who are primed prior to an activity (i.e. provided with some helpful information that can aid a person in performing a task/problem solving, such as having been exposed to test questions, subject matter etc. in advance) perform better than those who receive no prior priming, which makes fairly logical sense. Indeed, priming effects often nullify/spoil the results of testing because they are no longer valid representations of what the test is designed to measure. Theoretically, if someone was to recognise or perceive the possible use of image fakery, it would be much more likely to occur in a population that was primed with key words/concepts relevant to fakery, than a population that was not. If the same images were presented in a story that made no mention of identity fakery, one would likely hypothesise that less people would question/recognise any such fakery due to the absence of priming effects. If both populations - that which was primed, and that which was not - show negligible differences in their ability to note the use of image fakery, then that would suggest people - even when primed - are not likely to actively consider or perceive the likelihood that any such images can or would be faked. This is not to suggest that this was 'the reason' for such a story, but it makes for something interesting to consider at least.

Additionally, this also reminds me of the whole recent YouTube 'truth community' debates somewhat. In my opinion, much of that was about various gate keepers invoking the 'crisis actors meme' in order to suppress the 'CGI/Photoshop meme' by stating 'when hoaxes are perpetrated they always involve real people - i.e. crisis actors'. This might be subtly asserting the same principle, that 'the identities were fake, but the original characters are real'. Again, a long bow to draw though perhaps.
Top 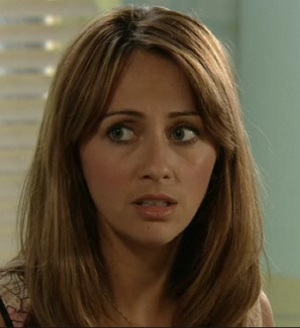 My son & Missus think it's Maria from 'Coro street'. Maybe they've been watching to many Dallas Goldbug youtube videos..
Ruth must be left handed wearing a (male) watch on her right arm.

But on a more serious note after researching some of the British 9/11 victims, I noticed that quite a few of the grieving friends that post on the Legacy site, have profiles on Friends Reunited a social net work site popular with Brits.
It's possible that these grieving friends are unaware that their names have been used, to post grieving notices on sites such as Legacy.
Top
Post Reply
3 posts • Page 1 of 1